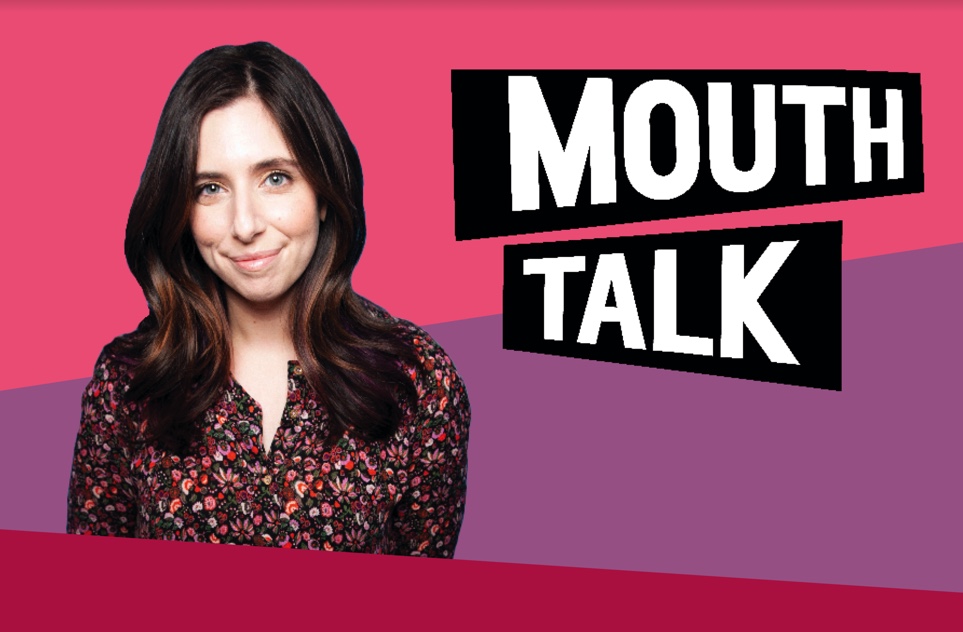 When asked why she applied to Northwestern, Nicole Silverberg said it was because her high school self fit the mold of an NU student perfectly.

“I was a big theater kid and straight-A student in high school with a very slim social life and
very, very low self confidence,” Silverberg said. “Not to stereotype, but seems like a Northwestern special.”

Silverberg (Communication ‘13) is a New York-based comedian and writer known for her work on TBS late-night show “Full Frontal with Samantha Bee,” which she worked on for two years as a writer and writer supervisor. In 2018 and 2019, she was nominated along with the rest of the show’s writing team at the Emmy Awards for Outstanding Writing for a Variety Series. Silverberg describes her style of comedy as “powerfully dumb,” taking heavy political and social issues and looking at them through a warped point of view.

A native of Tuscan, Ariz., Silverberg didn’t know where she wanted to go college when her junior year of high school came along. She thought about auditioning for conservatories, but decided against it because she wanted to take normal academic classes. She was also too nervous about going through that audition process (“It wasn’t just that I liked school, I was also weak”). Silverberg ended up attending Northwestern’s High School Institute the summer before her senior year as a theater cherub, and decided to apply there early decision, mostly so she could be done with the college admissions as quickly as possible, she said.

In college, Silverberg said she was constantly overworked and busy, acting in several plays and sitting on a StuCo theater board. Although she invested much of her energy into theater, she admits she never loved doing it, and continued with it because she put pressure on herself to do “the right things” in college.

“There was always sort of this fear in the back of my mind that I wasn’t doing the right things or that I wasn’t sure what I actually liked doing,” Silverberg said. “I was in hundreds of plays. But I didn’t love doing it. But I was like, ‘Well, but I want to be an actor. So this is what I should be doing.’ And it wasn’t until after I left college, I was like, ‘Oh, I actually don’t want to be a stage actor.’”

Silverberg grew more interested in comedy at Northwestern, joining the Titanic Players her freshman year. She took writing classes, including advanced playwriting with Communication Prof. Laura Schellhardt, which she said was where she started forming her comedic sensibilities.

According to Schellhardt, Silverberg’s writing at Northwestern demonstrated a strong interest in approaching politics through comedy, and it was through that lens that her skills as a writer grew. Schellhardt said that Silverberg’s current work as a comedian corresponds with how she grew as a writer in college.

Communication Prof. Gail Shapiro taught Silverberg for three years as her acting professor. Shapiro said Silverberg was always extremely funny, able to find the humor in everything. As a sophomore, Shapiro said, Silverberg had a specific and unique perspective that grew over the course of her time at Northwestern. Although Silverberg was very talented as an actor, Shapiro said even in her acting classes, it was obvious writing was a more natural fit for her.

“Nicole was a terrific student of the theater,” Shapiro said. “ She always had a love of language, and she looked at the work that we were doing through the perspective of a writer. She’s a wonderful actress, but I think that was how she made sense of what she was cultivating as an artist.”

After graduation, Silverberg moved to New York, where she cast a wide net for opportunities, including auditioning for theater roles and joining writing groups where she wrote short plays. Eventually, she began writing for Reductress, a satirical website that parodies women’s media, and was promoted quickly to an editor position.

Silverberg described her time at Reductress as a writing bootcamp for her; as an editor, she worked constantly on spicing up other people’s articles while writing her own material every day, and the fast pace helped her prepare for working in the late night field. Her proudest moment at Reductress was when she and other editors did a takeover of the front page where every article focused on and satirized rape culture. For most of her time at the site, she also hosted a podcast called “Mouth Time,” in which she and her co-host played characters meant to satirize privileged white feminism (or as Silverberg called it, “Dove Soap Feminism”).

Silverberg’s work in Reductress was noticed by “Full Frontal” in 2017, and she was asked to submit a package to them. After two rounds of applications, she was brought on as a writer, and would work on the show for two-and-a-half years, getting promoted to writer supervisor during her last year. There, she worked on a number of sketches that skewered politics through the lens of pop culture, such as a parody of “Riverdale” about antivaxxers, or a sketch where Republican senators had to take sex-ed classes. One segment she wrote in 2018, about the Trump’s administration’s legislation against trans rights, won a GLAAD award for Outstanding Talk Show Episode.

“Full Frontal” has almost a gender-equal writing staff, with many of the different departments at the show run by women. While working at the show, Silverberg said she was able to write material that no other show was able to do, because of that environment and the fact that it was hosted by a woman. In addition, she said her bosses at the show were understanding and compassionate about how taxing the job could be. Silverberg said part of the reason she feels she was able to succeed both at Reductress and “Full Frontal” was that they were women-led and women-focused spaces.

“When I was at Northwestern, and was doing comedy and thought I wasn’t good at it, a lot of that was because I was just surrounded by a bunch of guys,” Silverberg said. “I was just mimicking what they thought was funny, and some of it was incredibly funny, but it wasn’t what I would have come up with. I think being able to work for women and write for women helped me understand that the things about my life or my experiences that I find funny are funny.”

Silverberg left “Full Frontal” this year in January, deciding to take time to focus on personal writing projects which wouldn’t be possible on the schedule of late night. Although she said she valued the experience and loves late night television, she’s interested in other opportunities, even if they’re currently taking a backseat in the current global pandemic (“I’m being an incredibly good sport about it,” she joked).

Looking back at her career, Silverberg said the main lesson she learned was the value of patience. Working as a comedian, it took her time to develop her voice, and she found it easy to feel like a failure. But by learning patience, she was able to keep going and find opportunities that fit her.

“I think the stereotype is that Northwestern students are overachievers,” Silverberg said. “But what I really think is that Northwestern students are really impatient. They are really used to systems that they can excel within with a set of rules. And that’s just not how the industry works. It’s completely nonlinear. It’s at times unfair. But you just have to believe in your own work enough. And that in itself is a full time job for a few years, just believing that you’re not a total fraud or that you’re never going to get anywhere. So it’s a long process, but there’s a lot out there you can do.”