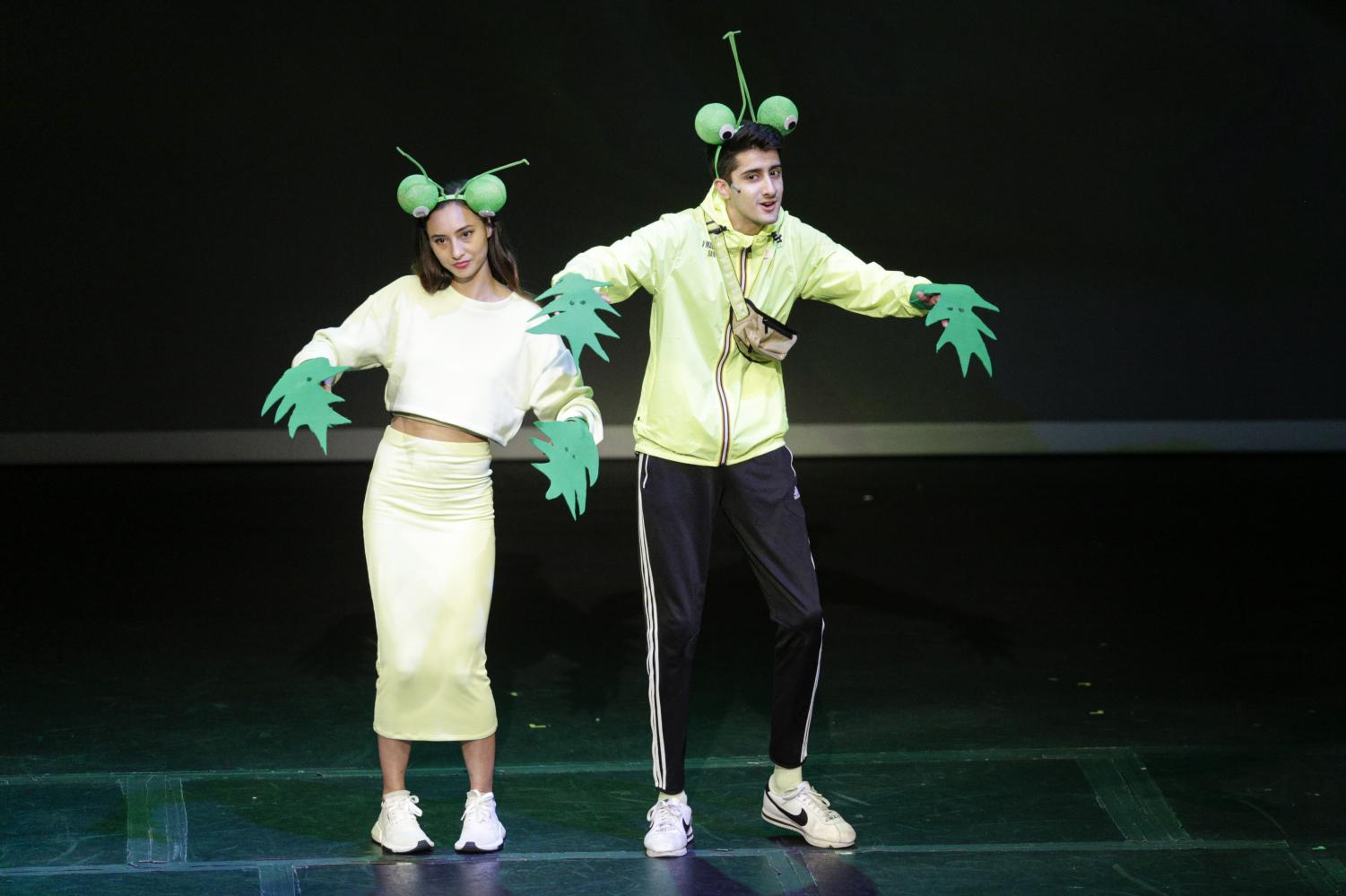 Nabeel Muscatwalla (Communication ’18) has been telling jokes ever since he was a “wee lil’ jelly bean boy” — but not often for a stage of this size. Muscatwalla recently took part in CBS’ 2020 Comedy Showcase on Jan. 14-17 at the El Portal Theatre in Los Angeles, performing each night for executives, showrunners and casting directors from CBS and other networks, talent agents and members of the public alike. The diverse showcase, a hybrid sketch/performance show, exclusively features comedians from underrepresented groups. Muscatwalla recently sat down with The Daily to share what his audition process was like and his advice for wee lil’ jelly bean comedians.

How was the audition process for the showcase?

There was an invitation to audition that was sent out, and the person who recommended me performs sketch comedy with me at UCB, which is Upright Citizens Brigade Comedy Theatre in Los Angeles and New York … The audition process itself was something like two minutes of characters essentially. Then there was a callback process, which was a fresh two minutes to do three to five more characters, and then the second callback, they had you pick some of them. So it’s kind of a kind of a lengthy weeding process. They went to six cities … it was a whole ordeal for sure.

How did you prepare for the showcase?

Preparing for the showcase was the most fun part, honestly. For the past 10 weeks, each week we would pitch sketches on Monday, table read sketches on Wednesdays and stage whichever sketches made it through on Fridays, for 10 weeks. And so it really becomes a very awesome crash course in sketch comedy.

What was special about performing in a diverse comedy showcase?

What’s great about the showcase is that we don’t really overlap with one another and the types of roles that we will end up auditioning for. For example, there’s no one else in the showcase who was like a Muslim South Asian lanky dude. That obviously is very nice because it allows us to be more supportive of one another. At no point do we feel like we’re stepping on each other’s toes or getting in each other’s way because we’re also completely different and completely unique and completely brilliant in our own ways that it’s so easy to support one another.

Do you have any advice for up-and-coming comedians, especially those coming out of Northwestern?

Oh, baby, do I have advice! I mean first of all, I’m not gonna pretend like I really know what I’m talking about. The only piece of advice that I would give is that if you have decided that this is something that you want to do, the only thing between you and doing it is time and hard work. I think that there’s this weird expectation that things will happen right away, and I’m obviously in a very privileged standpoint where things are happening very excitedly for me at the moment, but as soon as I graduated, I had a very clear mindset that it could very well take a decade for me to get to a place where I am happy in my career. I think that my personal recipe for success has been belief in yourself being preparation, but if you know this is what you want to do, it’s just a matter of are you willing to work to it.