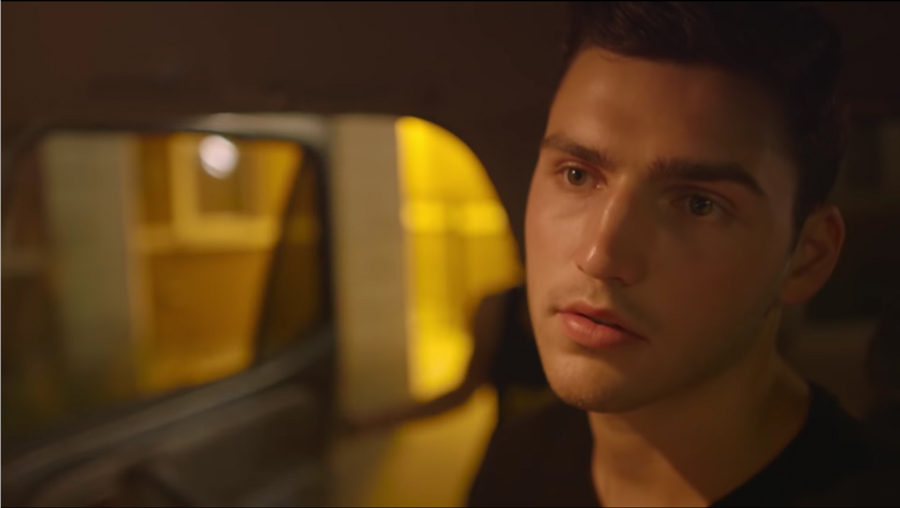 In the opening scene of “Sorry, Charlie,” Charlie (Charlie Hall, Communication ’19) is broken up with by his girlfriend, who reads off a list of everything that’s wrong with him as they sit in Evanston’s Union Pizzeria. Those four points on the list — that Charlie will never do better than her, he has no friends, he’s horrible at sex and has no confidence — not only structure each of the web series’ four episodes but are also loosely modeled on the show’s creators, Hall and Jack Price (Communication ’19).

Except for the sex part.

“That hasn’t happened to us, ever,” Price said. Hall chimed in: “Yeah — put that on the record!”

“Sorry, Charlie” premiered Jan. 14 and has since racked up a combined almost 45,000 views over the course of its four episodes. Totaling about 31 minutes, the series focuses on Charlie as he tries to prove his ex wrong, getting into some awkward situations along the way.

This is the first official project since graduation for Hall, the son of “Saturday Night Live” alum Brad Hall and former Northwestern student Julia Louis-Dreyfus, a famed actress who is also set to star in the upcoming Disney+ series “Love, Simon” and the Netflix film “Moxie.”

Producer and co-creator Price and Hall grew up together in Los Angeles. They had always made “stupid little bits” on social media, but by junior year, they felt the pressure of limited time. The pair had the idea for a show based off the breakup scene from Episode 1, and Price decided to remain in Evanston for the summer while Hall had basketball practice to get a jump on what would become “Sorry, Charlie.”

Through December 2019, Price and Hall shot and edited the series on-and-off. Price said the process was a massive learning experience — from finding locations to keeping the cast and crew motivated over many months. They also had to deal with unexpected challenges like Hall’s back surgery, which severely delayed a boat scene in Episode 2.

Price joked that Hall was also “a big screamer” and threw fits on set, which made it difficult to get things done. Hall added that production halted in part because he was upset about his salary, which was severely under the $1 million per episode “Friends” cast members received.

The show is partially based on Price and Hall’s lives and personalities. Hall said scenes like a waiter confrontation in Episode 1, where he was too afraid to tell the waiter about a messed up order, were combinations and exaggerations of real experiences. They tried to conjoin bits and pieces from their own lives, combined with some extreme circumstances.

Northwestern fans can find some hidden gems in “Sorry, Charlie” — besides featuring a handful of Evanston sites, more than half a dozen NU men’s basketball players (and Hall’s former teammates) made appearances in the series. In Episode 1, Vic Law (SESP ‘18) and Communication junior Anthony Gaines play themselves. Gavin Skelly (Communication ‘18) is an upset Uber driver. After Hall insults his dad, Barret Benson (Communication ‘19) defends his father as “an American war hero.”

Hall said the basketball players all had great comedic instincts, knowing just when to pause and let Hall ramble. Plus, Benson and teammate Ryan Young had the added benefit of making Hall appear smaller, which he said made their almost-fight scene possible in the first place, considering his 6’5” stature.

“Literally, they’re like 8’9”,” Hall said. “So we were actually pretty reliant on them to make that scene work.”

Evanston residents can find familiar hot spots all over the series — from scenes in D&D Finer Foods to shots on Hamlin Street (which, Price said, caused a ton of traffic). And although they didn’t shoot there, the pair would frequently hit up the Subway on Ridge Avenue for cookies after long days producing the series.

“If you guys want a cookie that will legitimately blow your mind to the point of maybe having to drop out of Northwestern, you should probably go to that Subway,” Hall said.

Thomas Molash (Communication ’18) didn’t intend to be one of two cinematographers on the project. His involvement actually started when Jack asked to borrow his 2001 Toyota Sequoia. Molash didn’t know what they were going to do with it — he said his car is somewhat famous among RTVF majors, appearing in several student films because of its older aesthetic.

He worked on set for about two months in 2019, and said his favorite scenes to shoot were on the boat — acquired through a connection and a rare bottle of rum — and in a sex store near his apartment. “Sorry, Charlie” is one of the few comedy projects Molash has worked on, leading to new experiences for him on set, like trying not to laugh while filming.

“They were super good at pulling out extremely ridiculous lines out of nowhere, so you never knew what to expect,” Molash said about the show’s improvisational nature. “It was definitely hard to keep composure for some of the things because you would expect one line (from the script) and what they actually said was that times 5,000 in terms of craziness.”

Despite not knowing Price, Hall or their crew before lending them his car and eventually signing on to the project, Molash said it was fun to work with the “dynamic duo” because of their openness to new ideas.

Price said it was great to watch the script change from the writing, shooting, production processes to what viewers can see online.

“It was just really awesome to see something through all the way with people that I loved at school,” he said. “Shooting and doing it with Charlie was really amazing.”

The only downside? Not finding enough money in the budget for a $1 million salary.