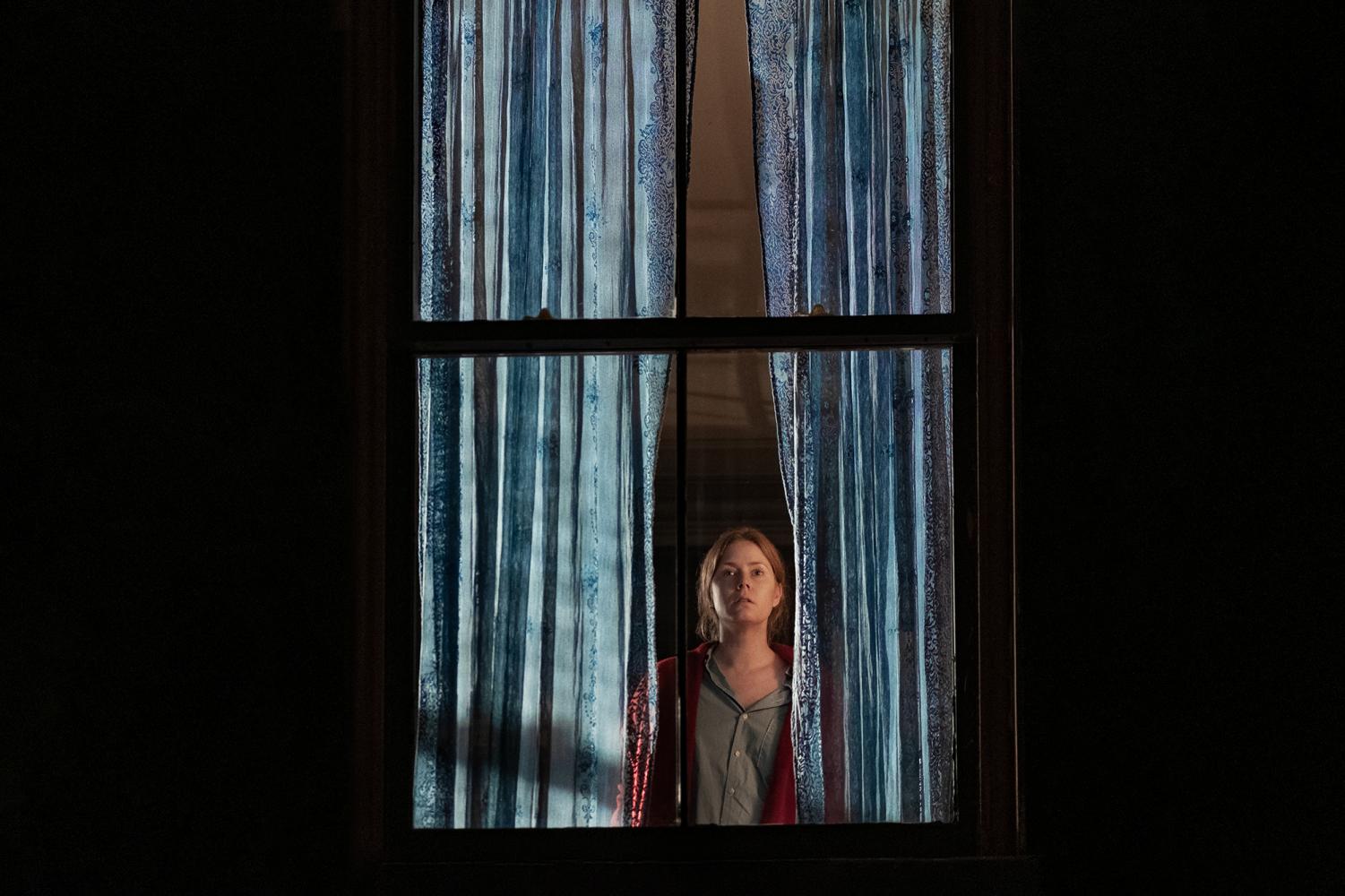 Anna Fox (Amy Adams) looks out of a window. The Netflix movie “The Woman in the Window” follows Fox’s desire to see a murderer to justice. (Melinda Sue Gordon/Netflix/TNS)

Anna Fox (Amy Adams) looks out of a window. The Netflix movie “The Woman in the Window” follows Fox’s desire to see a murderer to justice.

Reel Thoughts: Joe Wright’s “The Woman in the Window” is a disaster, living up to critic reviews

In less than two hours, Joe Wright’s “The Woman in the Window” produced too many plot twists that left the viewer confused and unsatisfied.

The film, adapted from the novel of the same name, tells the story of Anna Fox (Amy Adams), an agoraphobic child psychologist, who witnesses a murder across the street from her window after new neighbors move in. She is convinced the murderer is the new neighbor’s husband, Alistair Russell (Gary Oldman), and forms a bond with his slightly off-kilter son, Ethan Russell (Fred Hechinger).

The best part of the movie, and one of the only redeemable parts, was the cinematography. The shots were continuously taken from interesting angles, keeping the viewer on their toes as the music crescendoed with scene changes.

The rest of the movie was a trainwreck.

The story starts at a very slow pace as the audience watches Fox’s character build, establishing her alcohol and substance use problem — playing up the unreliable narrator trope. Much of the beginning of the film explores the various characters rather than going into plot. While sometimes a character-driven plot can be fascinating, it didn’t work with this movie. None of the characters were particularly interesting, nor were they explored well enough to have meaning for the viewer.

Adams carried the majority of the screen time in a near-one-woman show. But, her acting wasn’t entirely convincing and often fell flat. In a role that should have given her an opportunity to dig deep and portray an extraordinarily troubled woman, Adams didn’t seem like she was trying too hard to show all of Fox’s layers.

The star studded cast, including “The Falcon and the Winter Soldier” stars Anthony Mackie and Wyatt Russell, served as more of a distraction than an asset. It felt like the director wanted to give the stars more screen time, rather than telling the story. The most obvious example was Russell’s portrayal of David, Fox’s tenant. In the book, David was a minor character, but in the movie, he probably had the second most amount of screen time.

But the most abysmal part of this movie is the ending.

The film culminates in what is possibly the worst plot twist of all time. Although an unexpected ending is typically a good characteristic of a thriller, it did not make sense in this case. The murderer had no clear motive and the change in their personality was too drastic to be believable.

If it was more logical in the book, the buildup certainly wasn’t there in the movie. The final scene was extraordinarily graphic and left the viewer disturbed. “The Woman in the Window” felt like it was trying to be as enticing as thrillers such as “Gone Girl,” which had raving reviews. But “The Woman in the Window” was bland, falling flat where it needed more plot action and focusing too much on character and scene build up.

Originally, the movie was supposed to be released in October 2019 but was tossed around between networks until finally landing a May 2021 release date with Netflix. For Netflix’s sake, and the world’s, this one might have been better left behind closed doors.