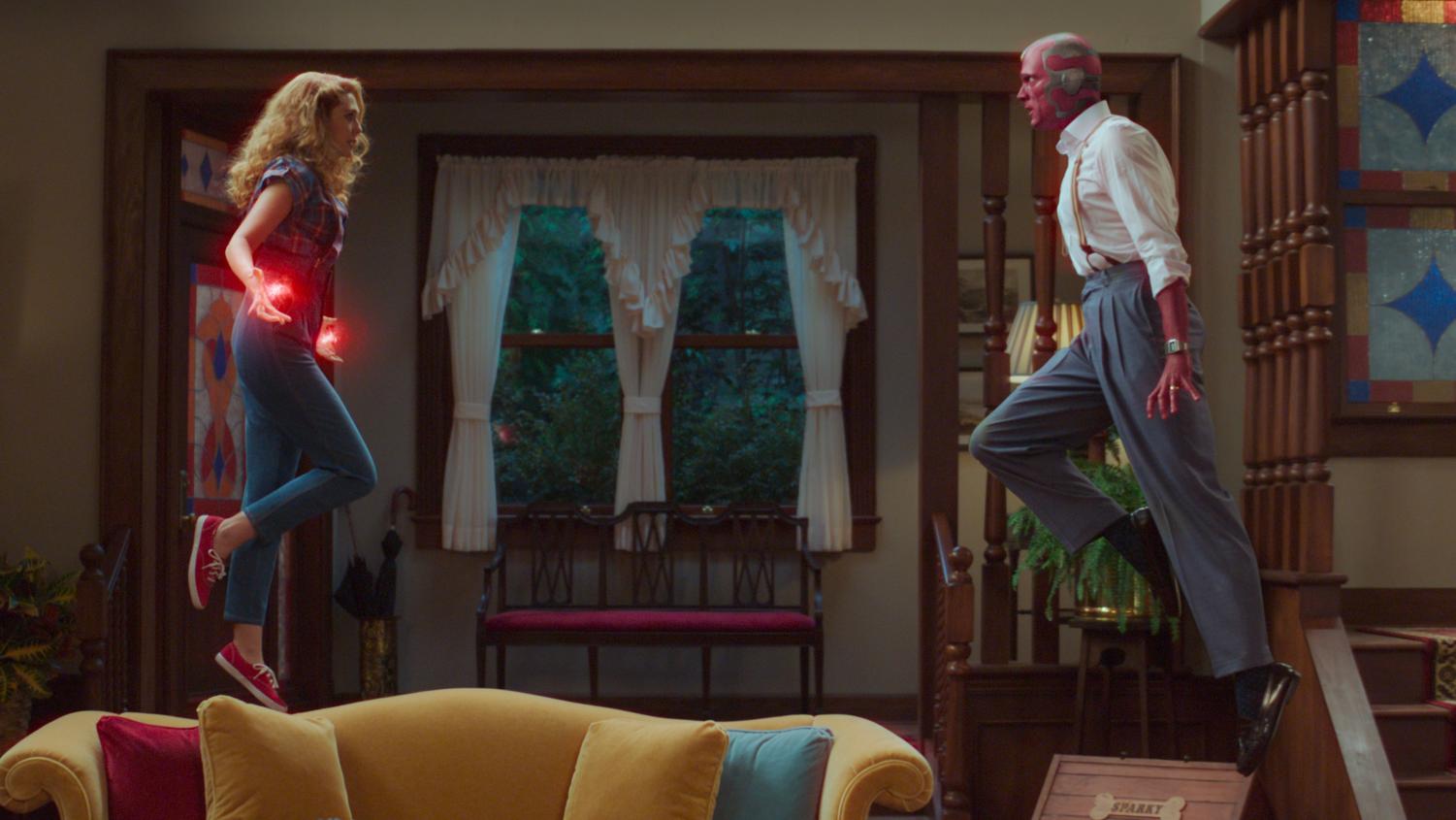 The 2019 release “Avengers: Endgame” was a full-blown cultural sensation, a movie that made defending against spoilers feel like life-or-death stakes. After waiting with friends in a line that winded along the halls and down the stairs of the AMC movie theater, I remember watching with awe, but also an acute awareness of my lack of knowledge with the franchise. I had only watched a “Spider-Man: Homecoming” here and a “Guardians of the Galaxy” there, so when I saw all sides join forces against Thanos, I felt a bit lost.

At the start of the Disney+ series “WandaVision,” the feeling of being a Marvel outsider persisted, and was perhaps even more glaring. I only knew the titular characters Wanda Maximoff, played by Elizabeth Olsen, and Vision, played by Paul Bettany, from their scenes in “Infinity War” and “Endgame.”

Nine episodes later, “WandaVision” had me hooked through its creative approach to storytelling, its emotional depth and cultural resonance in a time when little else is capturing the public’s imagination.

“WandaVision” is set after the events of “Endgame,” a curious timeline given Vision’s death in the previous film. Also striking — the episodes take on a sitcom format, each one emulating a show from a distinct television era. As the styles progress through time, it becomes clear that something is amiss in the idyllic town of Westview.

With its stylized sitcom format, “WandaVision” takes a bold approach when it comes to its worldbuilding (or, in this case, town-building). The show establishes its rules early on, from the extent of Wanda’s powers to the passage of time. The first episodes are so straightforward and consistent that the show initially seems out-of-place in the Marvel franchise.

When those rules start to crumble and the show zooms out from the confined space of Wanda’s home to the wider Marvel Cinematic Universe, “WandaVision” shines the brightest. Even without major action scenes, the middle episodes of “WandaVision” use jarring twists and turns to disorient viewers and explore the show’s familiar characters in ways Marvel couldn’t on the big screen. The sheer amount of theorizing among Marvel fans the past couple months may seem excessive, but “WandaVision” plays right to that engagement with its suspense.

The week-to-week intrigue helps explain why “WandaVision” has so much weight in the present moment, but its emotional intimacy with its characters establishes the show’s lasting legacy in the crowded MCU. As implied in the title, the show centers on the connection between Wanda and Vision and brings out their emotions through stunning dialogue and the ever-shifting backdrop. Most refreshingly, “WandaVision” gives its characters no escape in confronting the most agonizing questions and no choice but to find their true selves.

What’s next for the MCU? A couple weeks off, and then another Disney+ show in “The Falcon and The Winter Soldier.” Movies “Black Widow” and “Spider-Man: No Way Home” also loom on the horizon. Those titles sound enticing on their own, but the success of “WandaVision” brightens Marvel’s future. It paves the way as the first major Marvel Disney+ mini-series and expands Marvel’s storytelling to a new medium. The show signals that even after the excitement of “Endgame” and the 23-movie “Infinity Saga,” Marvel still has energy, emotion and more stories to tell.

What’s next for me? It feels like a good time to check out those past Marvel titles and get caught up.

— The Daily Northwestern | Reel Thoughts: Despite critic reviews, Sam Levinson’s “Malcolm & Marie” is a riveting exploration of a failing relationship