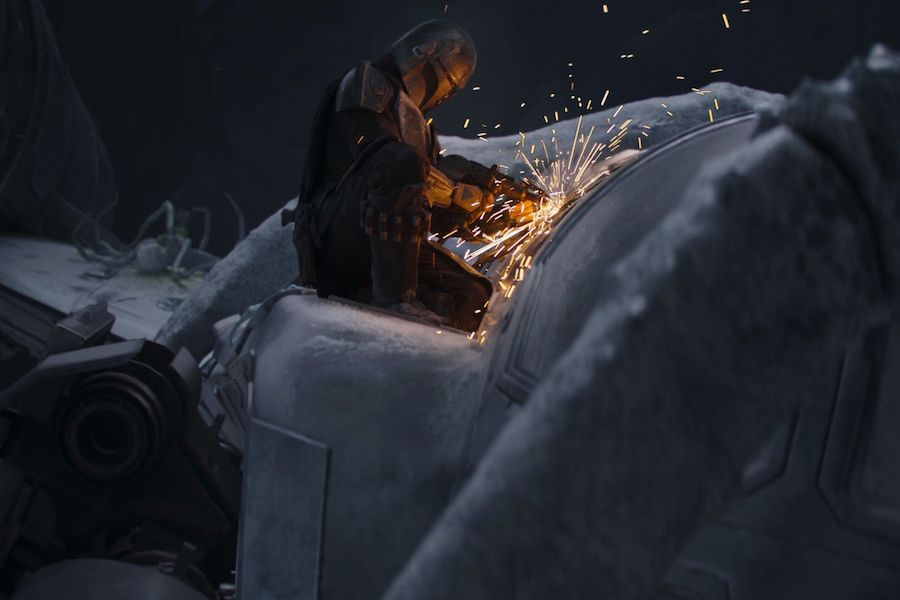 Stills from “The Mandalorian.” Season Two of the acclaimed Disney+ show has built on the success of the first outing and pushed it to new heights. ( Source: Disney+ )

Stills from “The Mandalorian.” Season Two of the acclaimed Disney+ show has built on the success of the first outing and pushed it to new heights.

Just over a year ago, “The Mandalorian” took off as the first “Star Wars” title in decades to actually surpass its expectations.

The first live action Star Wars show was a smash hit, resonating with hardcore Star Wars nerds and mainstream audiences alike in its eight episode first season, a stark contrast to the responses to Disney’s sequals. In addition to the favorable fan reception, “The Mandalorian” enjoyed critical success with seven Emmy wins and a nomination for outstanding drama series, and emerged as the crown jewel in Disney’s lucrative launch of its Disney+ platform. And, of course, the cultural phenomenon known as Baby Yoda went viral, sparking countless memes and a reason for “Star Wars” to be relevant again.

The success of “The Mandalorian”’s first season was sure to be a difficult act to follow, but three episodes into its second outing, the show has found its stride once more. With each episode, “The Mandalorian” is distancing “Star Wars” from the stigma of the sequel trilogy’s controversy and immersing audiences further into its corner of the vividly imagined universe.

“The Mandalorian” picks up where it left off in the story of Din Djarin (Pedro Pascal), the rogue Mandalorian bounty hunter who becomes the protector of “The Child,” colloquially known as Baby Yoda. With the Empire right on his tail, “Mando” now seeks to bring The Child to a remaining member of the Jedi Order. The season follows Mando’s overall objective, but similar to the first season, each episode presents its own detours, from fending off a village from the wrath of a krayt dragon to escaping a cave of ice spiders.

Season Two takes the technical and storytelling elements that made “The Mandalorian” more than just a Star Wars show and makes them even better. After winning Emmy awards in diverse categories as wide-ranging as music composition, visual effects, cinematography and production design, the production value of the show has met the sky high bar it set for itself and even improved its CGI technology and editing techniques. Each of the three episodes has thrilling integrated action sequences that feel both scaled back from the excess and stakes of the sequels while keeping the suspense and wow factor at all-time highs, all without the crutch of lightsaber dueling. The aesthetics of the environments feel authentic and lived-in, serving as convincing backdrops for “The Mandalorian”’s intimate focus.

The storytelling has the unenviable task of straddling the line in appealing to multiple audiences, but succeeds in deepening its story by incorporating familiar Star Wars characters and breaking new ground. Episode 9: “The Marshal” features Boba Fett’s iconic armor and later the infamous bounty hunter himself (played by original Jango Fett actor Temuera Morrison), but uses the reveal to illuminate Djarin’s relation to the Mandalorian way rather than indulge in blatant fan service. Two familiar faces from the Clone Wars and Rebels animated TV shows, Mandalorian fighter Bo-Katan and former Jedi Ahsoka Tano, reemerge in the timeline of The Mandalorian as live action characters. At the same time, The Mandalorian develops its own creations, with Djarin and Moff Gideon (Giancarlo Esposito) still making the marquee as the show’s stars.

Though the secret is out about Baby Yoda, the adorable infant has thankfully returned to the forefront. The Child steals the show once again, and showrunner Jon Favreau capitalizes on the duality of the vulnerability and Force ability of the youngling with each episode. Who knows how long the memes will ensue, but Baby Yoda’s awestruck eyes magnified through the glow of a tank of frog eggs is next level cinematography. By now, it’s clear that “Baby Yoda” isn’t a gimmick — The Child is the greatest driver of the show’s emotional investment and poses its most burning questions.

The titular Mandalorian might be the one with the memorable “this is the way” line, but the show itself has established a path forward from the Star Wars franchise after the galaxy’s tumultuous return to the big screen. The first season of “The Mandalorian” shifted the direction of Disney’s partnership with the Star Wars franchise for the better, and Season Two has given fans more of the same.