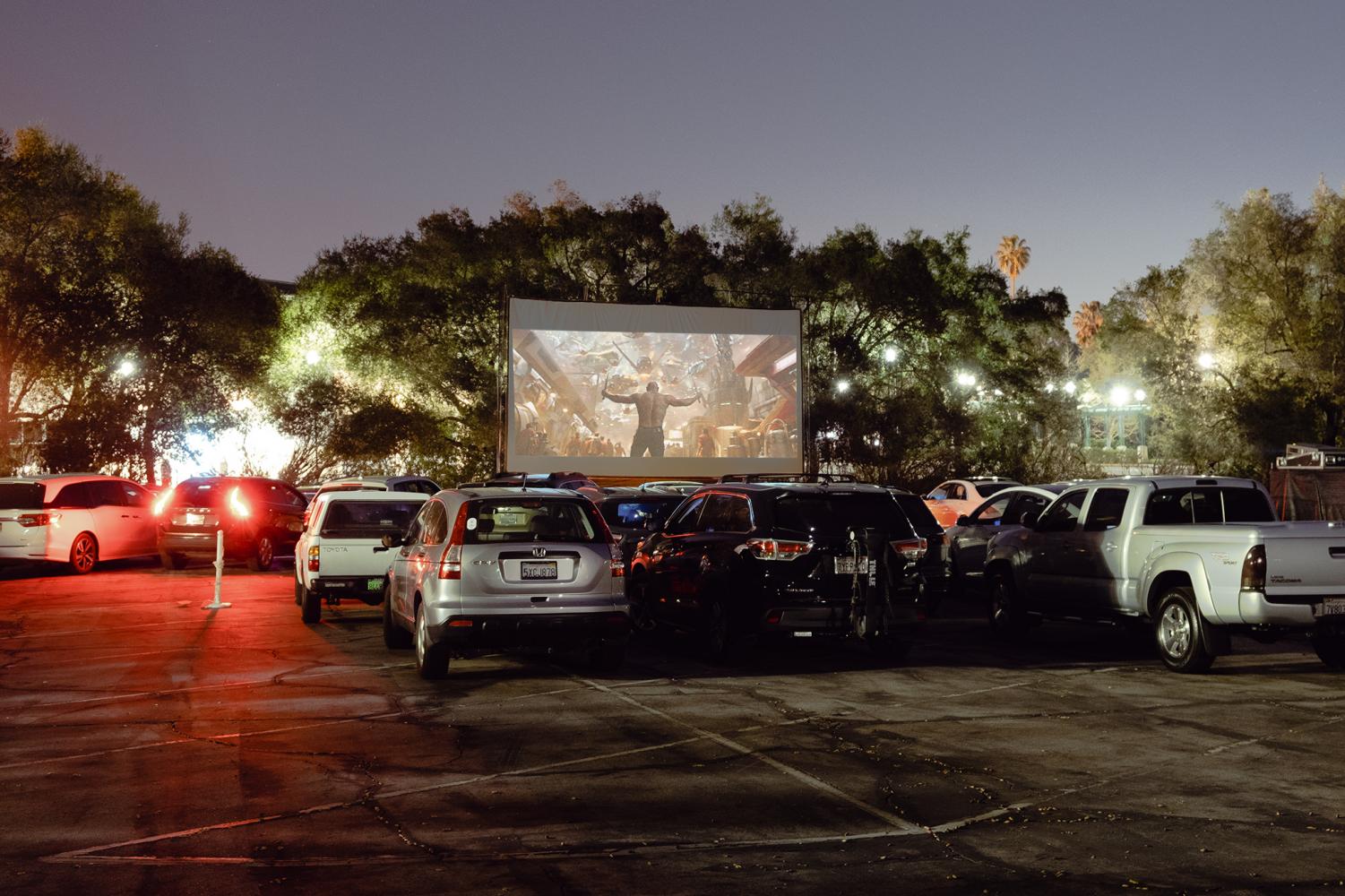 Cars are parked for an Empire Lake Productions film screening. Bienen senior Arsen Tuijan is the managing director of this company and has helped produce many film screenings. (Photo courtesy of Ben Chant)

Cars are parked for an Empire Lake Productions film screening. Bienen senior Arsen Tuijan is the managing director of this company and has helped produce many film screenings.

Bienen senior Arsen Tujian has spent the past four years at Northwestern studying music composition and business. But outside of his studies, Tuijan is the co-founder and managing director of Empire Lakes Productions, a production company he and his friend Luke Bonham founded in June 2020. The Daily spoke with Tujian about his motivation for starting the company, the challenges his team encountered and his hopes for the future.

The Daily: Why did you decide to start a production company during a pandemic?

Tujian: I was back home in California, and Luke, who goes to the University of Oregon, was also in California. We are both musicians, so we love to play and listen to live music. We were really bummed that with COVID-19, there really wasn’t an opportunity to have live concerts anymore. So we decided to put on socially distanced live concerts. We reached out to local artists in the area and found a way through which we could have socially distanced bubbles. Then, we sold spots where people with their quarantine groups could come and enjoy live concerts. We did two successful shows, and it was really fun.

The Daily: What changes has Empire Lake Productions made since its founding?

Tujian: Things were getting worse with COVID-19, so in August 2020 we decided to offer a backyard movie theatre service rather than concerts. We would set up the projector and the speakers, and we ended up doing about 100 backyard events in a month and a half. We were then thinking, “What if we went bigger than this?” As words traveled, we got clubs, like YMCA and other membership-based organizations, and we would throw a drive-in movie event at their parking lot for their members. That was going really well, and the end goal was to have our own drive-in movie theatre location. In February, we established our own drive-in location (in La Cañada, Calif.). Now, because of the demand, we will be relocating to a larger parking lot (in Pasadena, Calif.) with over 100 parking spots at the end of April.

The Daily: What are some challenges you have faced managing Empire Lakes Productions?

Tujian: I would say scaling has been a challenge. It took a lot of learning and growing, as both an individual and a business owner, to figure out how to scale our business, such as adding more crew members, more sets of equipment and increasing our service area radius while still enforcing quality control standards. We had to develop and streamline an approach to train crew members, to have an effective inventory management system, to have specific protocols for how to deal with things when things might go wrong. Another challenge is that starting a company that puts on live events during COVID-19, that was really hard to navigate. We always knew that we were going to prioritize people’s health and safety, but it was hard to convince everyone at first — especially as a young company — that we would pull it off. It took a lot of cold calls, it took a lot of trial and error, until we were able to find the right partners and make the experiences happen.

The Daily: What have been some of your favorite moments of running your company?

Tujian: When we pulled off our first show, that was just a great feeling. So much went into that: making the website, selling tickets, selling the concept, becoming an official corporation in California. Also, the reaction we get from our customers on a daily basis is awesome. Whether it’s a Yelp review or them telling you in person, how much they just loved either our drive-in or the backyard movie. Those are always great moments.

The Daily: What are you looking forward to in the future?

Tujian: I’m really excited by the rate at which the company has grown. As things get better and as people get vaccinated more, we hope to have bigger events, such as film festivals, where we would have food trucks and live bands. We also want to include independent filmmakers at our drive-in in the future, and we hope to collaborate with both LA-based and international filmmakers.

— Concerts Crush Covid: How Chicago venues are adapting to live performances in the social distancing era