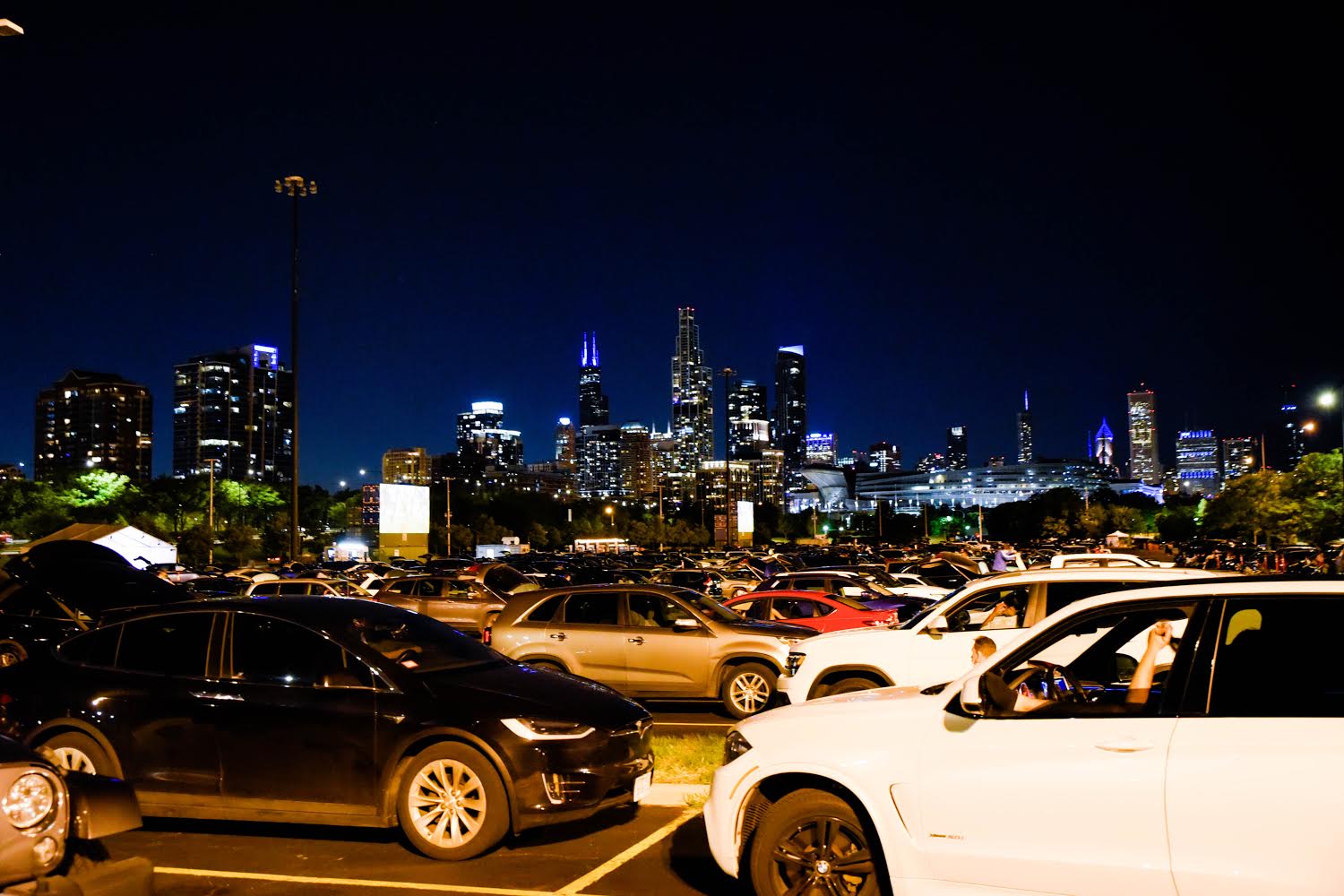 How Chicago venues are adapting to live performances in the social distancing era.

When the COVID-19 pandemic started, performance venues and live-shows were at a standstill. Even as restrictions began to lift and states began to allow gatherings, health risks for live events remain a major concern.

Once the city of Chicago allowed outdoor events to happen, Adam Weiss and his team got to work on the Lakeshore Drive-In event series, which provides entertainment in a safe way for people craving it after months of stay-at-home orders.

Weiss is the co-founder of Lakeshore Drive-In and AudisBliss, the event’s parent company. He said the group worked to develop a plan of safety precautions for attendants, staff and vendors. Weiss, who got his start in event production in college, missed live shows and was thrilled when the plan was approved by Chicago. Since the events are all drive-in shows, contact with others remains limited.

Lakeshore’s plan limits vehicle capacity to 6 people and allows them to only socialize with the people from their car in the 12-by-8 foot box that surrounds their car. There are also safety staff dispersed across the lanes to make sure people follow social distancing guidelines. Vendors are accessible through apps, with food delivered to vehicles.

Starting in July, Lakeshore has put on a variety of concerts and special events including performances by rapper Lil Yachty and the band Mt. Joy, as well as an advanced screening of an episode of HBO’s Lovecraft Country. These events will continue until the end of October as weather permits. Several of these events sold out, and Weiss said he noticed there is still high enthusiasm among attendants.

As the events have gone on, Weiss said people have unfortunately become more negligent about following social distancing protocols. More people have to be reminded to continue wearing masks and to stay distant. However, he said very few people have been removed from the premises for failing to follow guidelines.

Tionna Van Gundy, owner of Fueled Events, has noticed a similar pattern at her company’s CHI-Together events. When events resumed over the summer, it was much easier to get people to follow their regulations, but now places have opened with more lenient policies.

“There’s still a pandemic going on,” Van Gundy said. “We still have to uphold these policies and procedures. Nothing has changed on our end, we’re still doing everything we need to do. I think people got a little more care free.” 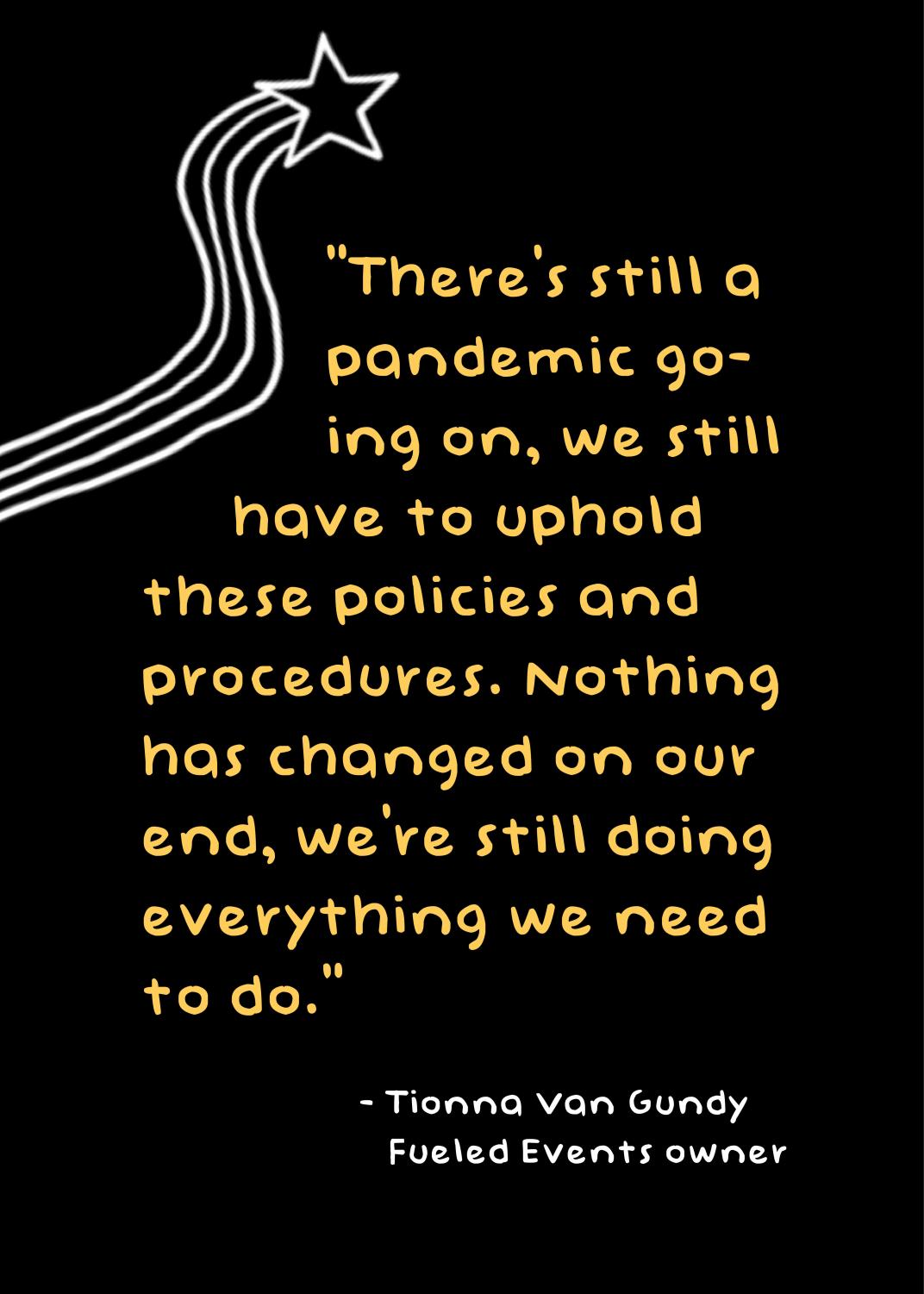 Like Lakeshore, CHI-Together has provided drive-in entertainment throughout the summer. Van Gundy said the events grew out of an increased demand for entertainment and a desire to keep their workers employed. Attendants of CHI-Together shows are given an 8-by-8 foot area around their cars to gather with others of their party.

With events held at Soldier Field, CHI-Together was able to accommodate around 200 vehicles at each event. From July to mid-September, the regular series included movies five nights a week with a variety of genres ranging from from “Kung Fu Panda” to “The Big Lebowski,” creating events for all ages. Live music performances occurred before every screening. Private events at Soldier Field will occur until mid-November. 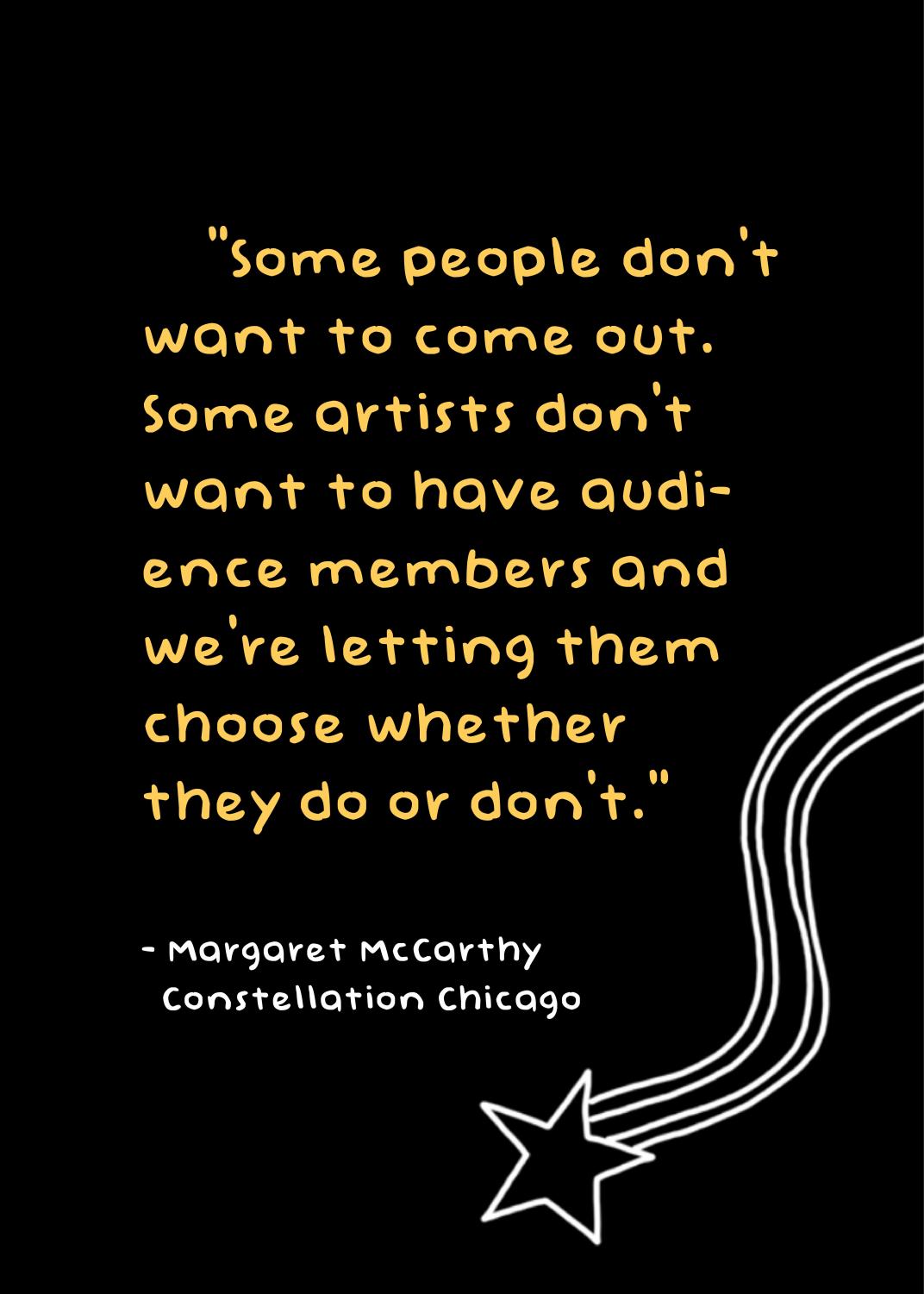 On the other end of the spectrum, Constellation Chicago has been holding concerts inside since Illinois began to allow gatherings of less than 50 people. Margaret McCarthy of Constellation said the venue capacity is capped at 46 people, but having a larger venue space has allowed them to socially distance people while inside. No more than two people are allowed at a table and the bar is closed to keep people from moving around too much.

With such a limited capacity, Constellation is also offering live-streams of their shows for the first time ever. As a performance venue dedicated to jazz music, Constellation has an international following and McCarthy said the pandemic has allowed for that following to become even stronger.

“We had to make a live-stream system, but now that we have it, we’re doing it for everyshow,” McCarthy said. “Some people don’t want to come out. Some artists don’t want to have audience members and we’re letting them choose whether they do or don’t.”

– The show must go on: Theatre groups reimagine shows for virtual stage