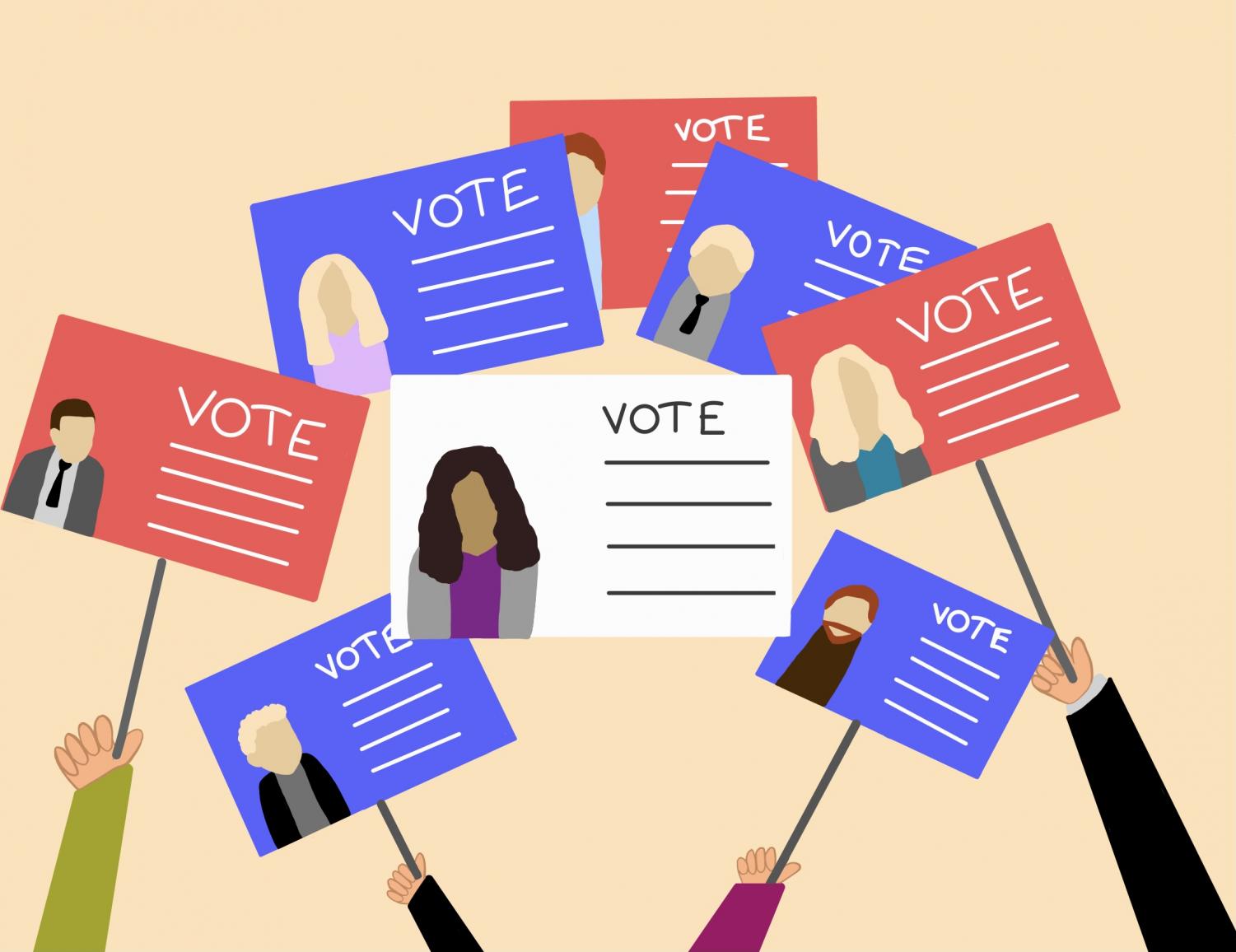 Limited Latinx representation in Evanston government has led to the institutional marginalization of an entire community, which comprises more than 10 percent of the city’s population. (Illustration by Melina Chalkia)

Limited Latinx representation in Evanston government has led to the institutional marginalization of an entire community, which comprises more than 10 percent of the city’s population.

When Alejandra Ibanez immigrated to the United States from Chile in 1979, she didn’t know the language or the culture.

She came to Evanston as a high school sophomore, but she never felt it was her home. She said the lack of notable Latinx representation in the city was often isolating.

Ibanez, who is now the city’s commissioner for equity and empowerment, said the underrepresentation of Evanston’s Latinx community in local government has caused harm to residents. Because of this disparity, she said the needs and assets of Latinx immigrants have not been taken into account in the city’s decision and policy making processes.

Evanston’s total Hispanic population was 11.7 percent in 2019 according to the U.S. Census Bureau —  a number that has grown by 91 percent since 1990. However, there has never been Latinx representation in local government until this year, when incoming city clerk Stephanie Mendoza was elected. She is slated to take office in May.

Stephanie Mendoza has worked with Latinx families who have lived in Evanston for as many as five generations, but she said these families have never been politically represented in the city.

This limited representation in City Council and other levels of municipal government, she said, has had negative implications for the sociopolitical, educational and emotional lives of the city’s Latinx population.

“Representation is about equity and being a strong voice for people of color,” Stephanie Mendoza said. “When I won, it was great to see how many Latinx families were just so excited and happy to feel like they have someone there to go to, someone to be vocal whenever there are needs in the community.”

Without Latinx representation in city government, Stephanie Mendoza said the city has made choices that have caused harm to its residents because its leadership lacked an important perspective. During the 2019 Custer Fair, she said the city brought in an emergency management truck that read Homeland Security.

Stephanie Mendoza said this is just one example of the importance of diverse voices in politics. When the city didn’t have a Latinx perspective, there wasn’t anyone that understood the fear immigrant Latinx residents would have surrounding documentation and policing.

“For my parents, for my family, for my neighbors, Homeland Security is scary; they felt so uncomfortable,” Stephanie Mendoza said. “(The city isn’t) aware of the real life implications of how scary and traumatizing it is to some people.”

Ibanez said there is a combination of constant fear and mistrust in the police, causing many people to give up hope that the government and democratic system will keep them safe. These fears were reinforced after a Chicago Police Department officer killed 13-year-old Adam Toledo in late March.

“A lot of our families that are marginalized aren’t used to standing up, speaking up and advocating for themselves,” Urquiaga said. “Sometimes, I feel they accept to be invisible, like, ‘We don’t need to be there,’ and that’s the theology we have to change.”

Former 5th Ward aldermanic candidate Rebeca Mendoza said one of the strongest implications of such limited representation is the lack of widely implemented translation policies for government documents and meetings.

When residents watch City Council meetings, they are available in English, but don’t have any options for translations. Rebeca Mendoza said this presents a clear barrier that continues to make Latinx residents feel unwelcome.

“People want to be involved as much as they can, but if they don’t know about (their political rights), how can they do that?” Rebeca Mendoza said. “If something as simple as translating is ineffective, how can they feel invited?”

Ibanez said she has been pushing for a language access policy in the city. Even though public schools are required by federal law to provide bilingual services, the city itself has not followed suit in requiring such services.

According to Ibanez, new interpretation services are necessary to bridge the linguistic gaps created, especially when there is no proper representation in local governance.

Urquiaga said she is working on translating services and training programs for bilingual interpreters so the city can provide support to those who don’t know English.

Last year during quarantine, she said Spanish speakers would be called for contact tracing and asked if they needed anything from the city. But because they could not understand or communicate with the callers, these residents would not receive any aid.

Urquiaga had also created an immigrant emergency form after realizing that because of language barriers, many of these individuals were not watching local news or following COVID-19 guidelines.

Rebeca Mendoza said this need for access was heightened because COVID-19 struck the Latinx population disportionately. Evanston’s Latinx community saw an infection rate of 18.3 percent as of last May.

She said the pandemic is a key example of the intersection between public health measures and language access. More than that, it also highlights the importance of having Latinx representation in the City Council.

However, Ibanez said systematic barriers make this difficult, as seen through the removal of  two Latinx candidates for City Council, including Rebeca Mendoza, this year. According to Ibanez, economic hardship, educational restrictions, childcare difficulties and cultural barriers render it nearly impossible for Latinx residents to be active in the City Council.

Stephanie Mendoza said in her term as city clerk, she hopes to begin to overcome these barriers by educating Evanson’s Black and brown communities on how to participate in local government.

However, Ibanez said apart from education, institutional change is long overdue, and should start with local representatives instead of activists.

“Why does the responsibility fall on us when we have been historically denied access to democracy?” Ibanez said. “If these folks are elected leaders, they should really be responding to us.”