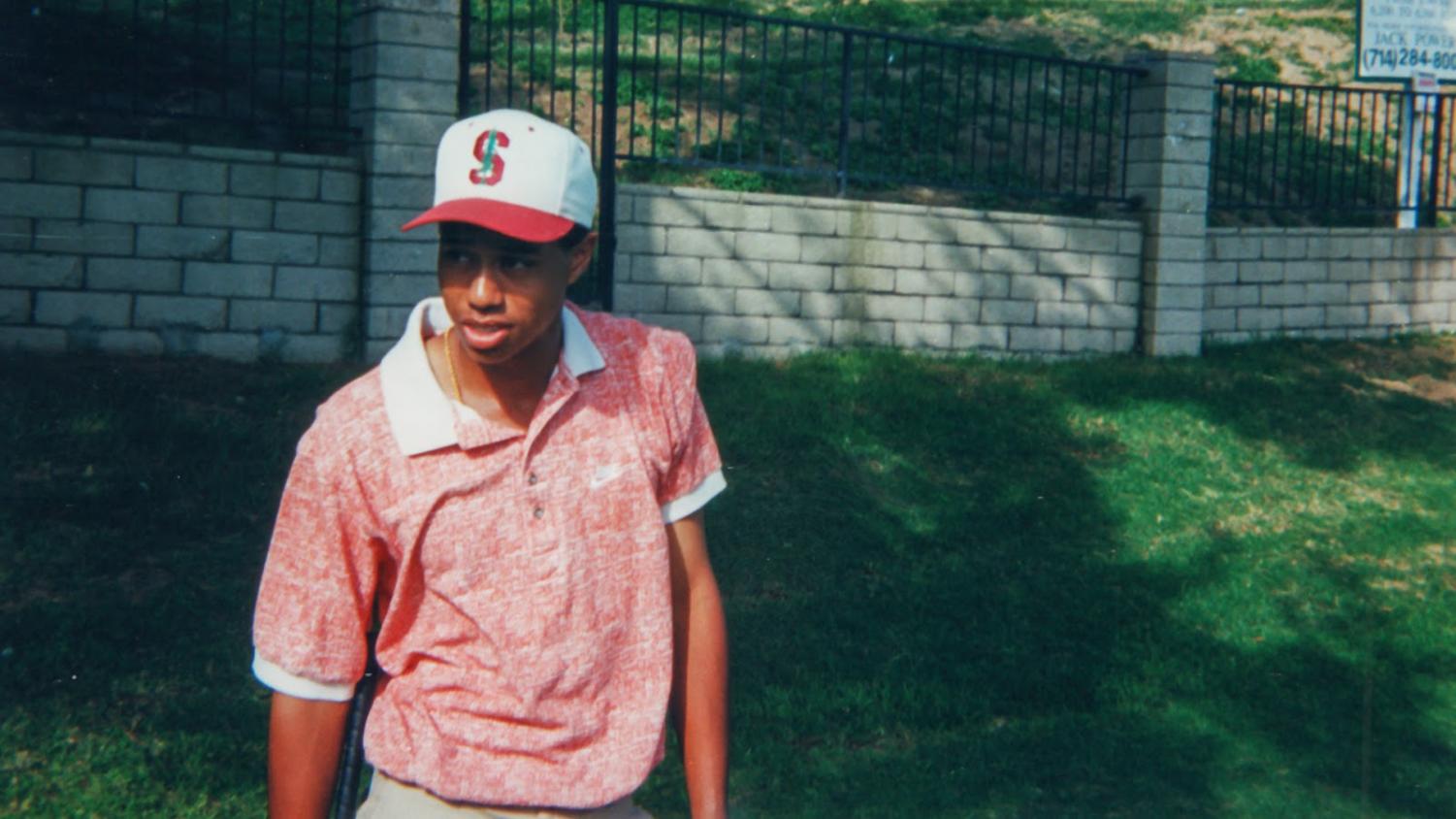 A photo of Tiger Woods featured in “Tiger.” The two-part HBO original documentary delves into the life of the golfing legend. (Courtesy of HBO)

A photo of Tiger Woods featured in “Tiger.” The two-part HBO original documentary delves into the life of the golfing legend.

In my kindergarten classroom, there was a stack of biographies of the most prominent figures of our time. Only one was on an athlete — Tiger Woods.

Several generational athletes who defined the early 2000s, from Michael Phelps to Roger Federer to Lance Armstrong, never made it into my kindergarten classroom. But Woods was something more than just a great. He carried Michael Jordan-level cultural relevance and broke down the racial barriers, spoken and unspoken, of the golf world in the process.

Over a decade removed from Woods’ prime and cultural peak, the two-part HBO documentary “Tiger” attempts to pull all these aspects together to paint a picture of a man who had no equal. HBO’s attempt to chronicle Woods’ journey is neither the story his crew would tell nor a perfect distillation, but “Tiger” rises on its ambition and in its thorough (if impossibly difficult) attempt to reckon with the dizzying highs and lows of the golfer who transcended the green.

“Tiger” is most remarkable for what the American public hasn’t already seen. In the film’s depiction, Tiger’s father Earl emerges as both his son’s best friend and greatest enemy. Earl is a caricature, a tyrannical and delusional parent who (the documentary implies) introduces Tiger to the vices that threaten to derail his career. At the same time, he’s a driving force in Tiger’s rise to a champion and the man Tiger tried to emulate and please even after his 2006 passing.

Just as jarring is the Tiger Woods we see blossoming into a superstar. The gallery of images ingrained in the American public’s mind of Tiger — the trademark fist pump and DUI mugshot — are present, but are accompanied by home videos of a carefree, teenage Tiger dancing with high school friends in a welcome escape from the pressures of golf. “Tiger” also chronicles his hesitations with increased media attention, with pressures mounting until his only compass is victory.

The emphasis “Tiger” places on Woods’ extramarital sexual encounters, a crux of the documentary’s promotional campaign and the cliffhanger at the end of the first installment, is excessive. The nuances of his addiction and double life are sacrificed to fit the narrative, with the documentary reaching for cause and effect relationships between Tiger’s past and his struggles. There are redeemable elements, namely the exploration of Tiger’s emotional longing and the depiction of the harsh and unrelenting censure from the American public toward its fallen hero, but the depth that “Tiger” devotes to this aspect of his life is wildly out of proportion and largely exploited for shock value.

The January release of “Tiger” comes in a golden age of sports documentary work. The most obvious comparison is last year’s 10-part ESPN series “The Last Dance,” which drew millions of viewers and became a cultural phenomenon and meme generator. But “The Last Dance” is a fundamentally different project, one that traded authenticity and journalistic explorations for access to Michael Jordan and his teammates and used its video to pull the strings of nostalgia in telling the story of the 1997-98 Chicago Bulls. “Tiger” does the exact opposite, reliving Tiger’s worst moments in a production largely devoid of Tiger’s shadow and influence but trusting spurned friends and lovers to explore Tiger’s psyche. Neither approach is necessarily superior to the other, and the sports documentary catalog benefits from having both styles.

The ultimate test of a documentary is its impact on the viewer. I finished “Tiger” with newfound awe toward Woods’ greatness, but more surprisingly, a sympathy for his pressures and shortcomings, and an appreciation of his return to grace. That’s certainly not a mix that would fit nicely into the kindergarten reader format, but “Tiger” is nevertheless valuable for its exploration of a seemingly immortal athlete and the nation that watched him.

— Reel Thoughts: Mrs. America is a mirror to unfinished business