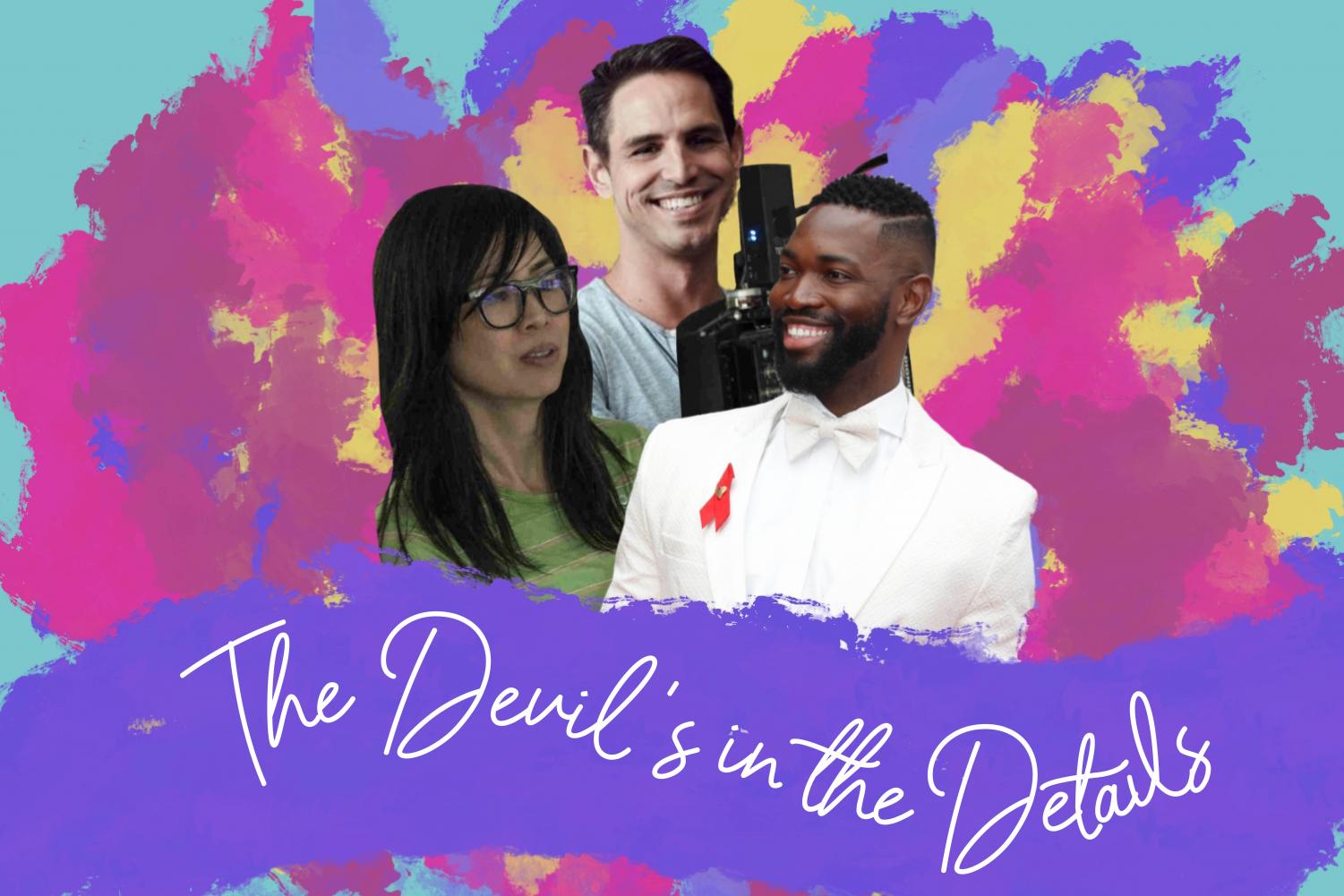 The devil’s in the details: How artists’ smallest choices prove the need for representation in media

Usually, I don’t remember the details of movies. Especially years after I watch them.

Ask me about the plot — I’ve got you. Things might be a bit hazy, but I’ll be able to give you the gist of things. Names are more hit-or-miss, but I usually at least remember the names of main characters.

But miniscule details about background props or scenery, things people usually don’t pick up on? Well, there’s a reason nobody can tell you what color the pillows are on Mia’s bed in La La Land. (They’re red and white, in case you were wondering.) Sets and small details enhance a story; they create an atmosphere. They’re important, but usually not memorable. And like I said, I’m usually focused on plot, so I don’t always pick up on these details.

However, there’s one scene — one detail, actually — that I haven’t forgotten.

A little over two years ago, “Love, Simon” was released in theaters. It was the first film from a major Hollywood studio to focus on a gay teenage romance, and it was directed by notable Northwestern alum Greg Berlanti (Communication ’94). And even though he is at least partially responsible for the monstrosity that is “Riverdale,” all is forgiven. Because Berlanti gets it. As an openly gay man, he got the chance to incorporate touches of realism throughout the film, and one of these scenes has stuck with me since the movie was released.

In the shot, the titular character, Simon, sits alone in his bed. He’s trying to come to terms with his sexuality, and in the process, decides to take an online test, which will supposedly give him an empirical answer to the question he can’t seem to truly confront: Is he gay?

As I sat in the theater watching the move, for the few frames in which the viewers can see Simon’s laptop screen, chills ran down my spine. I remembered a thirteen-year-old version of myself, sitting late at night in my room, my only source of light coming from the screen of a Kindle Fire — what a throwback — as I grappled with the same question. More than just the situation, I remember taking the exact test appearing on Simon’s laptop screen.

Before then, I don’t think I’d ever experienced something in any media that was so specifically applicable to my life. It felt like Berlanti had taken a walk inside my head and pulled out a memory I didn’t even know I had.

It’s moments like that, moments where people can truly feel seen, that make the inclusion of diverse perspectives in Hollywood absolutely crucial. To tell LGBTQ stories, we should be working to elevate LGBTQ directors, writers and actors, who are able to bring their own lived experiences to the set.

LGBTQ characters already appear in films at abysmal rates. According to GLAAD, there has never been a year in which more than 20 percent of films from major studios have included an LGBTQ character. However, the LGBTQ community is not a monolith — and I would be remiss if I failed to acknowledge the role privilege plays in representation.

Out of all LGBTQ characters appearing in movies in 2018, 58 percent were men and 58 percent were white. Only 15 percent of these films featured any sort of bisexual character, and none had any transgender or non-binary representation at all. Despite the prominence of people of color and transgender people in the LGBTQ community, especially among its activists, these groups are rarely seeing their stories told.

White, gay, cisgender men have always had advantages over the rest of the LGBTQ community. Because of our race and gender, we benefit from systemic privileges others don’t. And, more often than not, it’s our stories getting told on the big screen. This needs to change.

While it’s incredibly powerful for directors like Berlanti to get the chance to tell LGBTQ stories on screen, and movies and shows produced by white gay men have helped increase LGBTQ visibility in media, the rest of the community shouldn’t be left behind.

For an example of the power of diverse voices in LGBTQ media, look no further than director and screenwriter Alice Wu. In her 2005 film “Saving Face” and her 2020 film “The Half of It,” Wu dissects relationships between gender, sexuality and race in the Asian-American community. Drawing on her own experiences as both an Asian-American and a lesbian, Wu analyzes the role of family in her characters’ lives — a subject both specific to her experiences and universal enough to be accessible to all viewers.

Similarly, Tarell Alvin McCraney, one of the co-writers of “Moonlight,” originally penned the movie’s story as an autobiographical play titled “In Moonlight Black Boys Look Blue.” By taking directly from his own experiences, he weaved a story about homophobia, masculinity and race powerful enough to win the Academy Award for Best Picture.

Both creators’ stories have had tremendous staying power, but films like theirs remain all too rare. It’s abundantly clear that we need to elevate more artists like them.

There are many more directors, writers and actors out there like McCraney and Wu, just waiting in the wings to tell their stories. By drawing on personal experiences, LGBTQ creators are able to tell the stories our community needs to hear.

So please watch movies and shows from LGBTQ creators. Talk about them, support them and share them with friends. Hollywood still remains hesitant to share stories of minorities, often making excuses that there’s no proven audience for their content. So prove the studios and their executives wrong. Because everybody deserves to connect to media, to see their stories on screen and feel heard. And I can’t wait for the day when that becomes reality.