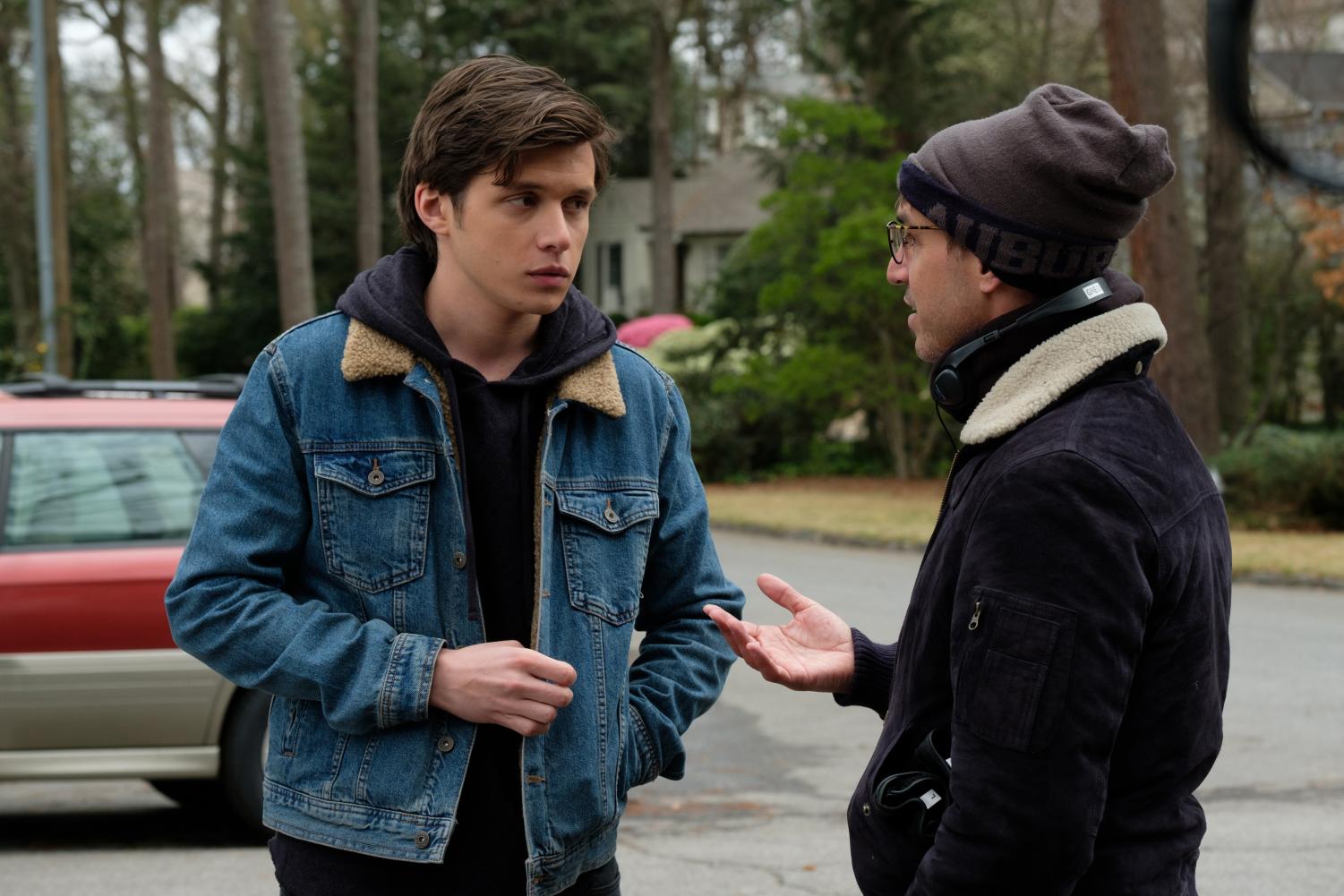 For Greg Berlanti, coming out was hard. In ‘Love, Simon,’ he rewrites his happy ending.

Greg Berlanti recalls his time at Northwestern with the fondest of memories: He enjoyed his independence, met some of his lifelong friends and simply loved school. There was just one aspect of his daily life that terrified him — he was gay.

More than 20 years later, Berlanti (Communication ’94) directed “Love, Simon,” the first movie from a major Hollywood studio to center on a gay high school romance. The film — based on young adult novel “Simon vs. the Homo Sapiens Agenda” — features a teenage boy named Simon who, like Berlanti, is scared to say he is gay. Simon later falls in love with one of his classmates online and is forced to deal with a blackmailer who threatens to reveal his secret to the rest of the school.

Berlanti said his own experiences at NU directly impacted the film. Although he described himself as a “happy kid” in college, being closeted at NU was a “scary time.” So, Berlanti said he tapped into that mixture of emotions and memories when working with the film’s writers.

“I would give (the writers) some small details from my life that they spun into gold with the dialogue and with the actors,” he said. “I was always really honest with everybody on set just what it felt like: the heaviness of being in the closet (and) of what you do to yourself.”

In addition to relating to the film’s main character, played by Nick Robinson, Berlanti said he was drawn to “Love, Simon,” out of a sense of obligation. Berlanti was a driving force behind the first romantic gay kiss aired on primetime TV on “Dawson’s Creek” — a show he produced and wrote for — and said he wanted to bring “that same sensibility to film” that network television had already picked up on.

Having produced and occasionally written several hit TV shows featuring LGBTQ characters — “The Flash,” “Supergirl,” “Black Lightning” and “Riverdale” to name a few — Berlanti said he is familiar with the challenges one must tightrope to ensure a high-quality final cut.

And so, “Love Simon” seemed like a project he was born to be a part of.

“I’ve been really blessed in my life by telling my truth and telling stories that are personal to me,” Berlanti said. “I wanted to sort of do my part to give back and make sure that it will be easier for the next woman or man to tell this kind of story.”

Released in the U.S. on March 16 by 20th Century Fox, the movie received widespread acclaim, garnering a 92 percent score on Rotten Tomatoes and collecting dozens of positive reviews. USA Today, Rolling Stone and the Chicago Sun Times, among others, compared the film to those of John Hughes, who directed classic 80s love stories, like “Sixteen Candles” and “Pretty in Pink.”

Berlanti said this was no mistake.

“I remember the feeling of watching the John Hughes movies (and) a number of coming-of-age films in the 80s when I was actually coming of age, and they felt more important somehow,” Berlanti said. “It was sort of taking these small moments and making them feel really big and iconic.”

To pay homage to these older films, Berlanti said the “Love, Simon” crew was cognizant of its choices in every aspect of filmmaking — lenses, lighting, music and wardrobe among others. Almost every detail of the movie was meticulously thought out, he said.

Berlanti pointed to the film’s music and soundtrack, which heavily draw on synth sounds. The crew also shot with anamorphic lenses, which gives the movie a wider feel. Even the extras in the movie were cast and dressed such that each felt like they had a story.

As a director, Berlanti said he responds to “things that feel real with just a touch of being heightened.”

Weinberg junior Broderick Topil, who is gay, praised Berlanti’s directing and said he identified with Simon throughout the movie. He added that the film, while a huge step forward for gay representation, is for members of the LGBTQ community and allies alike.

“Anybody can get into an amazing love story, and that’s honestly all it is,” Topil said.

That summer, Downs sat down with Berlanti in the sculpture garden outside of the Wirtz Center, where he let the young student “just talk and talk” about himself under the shade of a willow tree; Downs remembers this conversation as his first real introduction to Berlanti.

Even while at NU, Downs said Berlanti had a passion and a drive that were bound to carry him in his life. Downs said he has “great respect” for Berlanti, and the two have evolved from having a teacher-student relationship to a true friendship.

Downs said he has loved watching Berlanti “fight hard” in the industry without compromising his identity.

Throughout rehearsals and the filmmaking process, Berlanti said he reminded the cast that everyone “comes out” in their own way. He recalled his own experience coming out to his parents and how his sister was also going through something personal at the time.

“We all have personal things inside us that we’re scared to say and we’re scared (whether) the world still love us in the same way,” Berlanti said. “Part of growing up is accepting those parts of yourself but then… (realizing) that only by being yourself can you have a better, happier, more fulfilling life.”

Above all else, Berlanti hopes viewers realize how similar people are to one another. In one of the final scenes after Simon comes out to his mother — played by Jennifer Garner — she tells him, “You get to exhale now, Simon. You get to be more you than you’ve been in a very long time.”

The scene wasn’t in the original draft of the script, but Berlanti and the writers knew they needed a key moment between Simon and his mom. As soon as Garner performed the lines on set, she left everyone on the crew in tears and Berlanti reminiscing his own coming out experience.

“There are different things after you come out that are good to hear,” Berlanti said. “One of those things for me was hearing someone say, ‘You know, you still deserve a happy ending, a love story.’”

Read more stories from the May edition of The Monthly here.