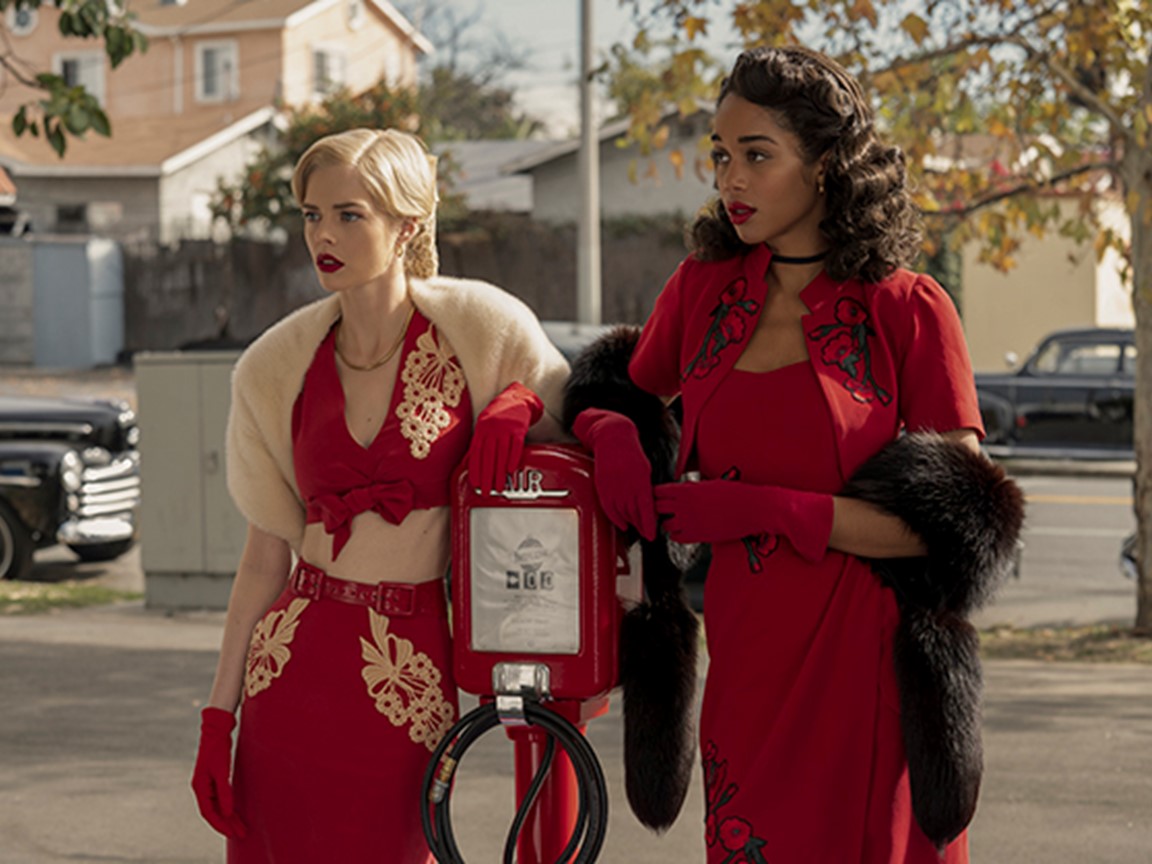 Laura Harrier in “Hollywood.” The Evanston native stars in the Ryan Murphy series as Camille, a black actress in 1940s Hollywood. (Courtesy of Netflix)

Laura Harrier in “Hollywood.” The Evanston native stars in the Ryan Murphy series as Camille, a black actress in 1940s Hollywood.

In just her few short years working as an actress, Laura Harrier has worked with some of the biggest and brightest people in the industry. The Evanston native’s first major film role was in Marvel’s “Spider-Man: Homecoming” as Liz, acting alongside Tom Holland and Zendaya. In 2018, she got a call to work with one of her favorite filmmakers, Spike Lee, on “BlackKklansman,” an experience she described as “very surreal.” And this year, she made her TV debut working with the most powerful man in television, “Glee” and “American Crime Story” mastermind Ryan Murphy.

In Murphy’s new Netflix miniseries “Hollywood,” which premiered May 8, Harrier plays Camille, an aspiring black actress in post-World War II Los Angeles who faces limited prospects for stardom because of her race. Sick of playing bit roles in films as the main character’s maid, Camille pushes her boyfriend Raymond (played by Ryan Murphy royalty Darren Criss) to let her act in a film he’s set to direct based loosely on the life of Peg Entwistle, a real-life failed actress who committed suicide by jumping off of the Hollywood sign. Raymond agrees, and Camille headlines “Meg,” a boundary-breaking film that changes the face of Hollywood as the characters know it.

Harrier sat down with The Daily to talk about working with Murphy and the cast, getting into the role of Camille, and the importance of representation in Hollywood and “Hollywood.”

The Daily: What initially drew you to “Hollywood?”

Harrier: Ryan Murphy. I mean, he is just such an incredible filmmaker and showrunner and obviously everything he’s done has had so much success. I’ve been a fan of his for a long time. “Pose,” I love so much. I think he’s just so incredible. So anything he was doing I would have definitely wanted to be a part of. But that was the jumping off point.

I wasn’t able to even read a script for “Hollywood” until I was attached and signing contracts. All I knew going into it was “old Hollywood in the ’40s, I’d be playing an actress and it was Ryan Murphy.” And that was enough to get me to sign up.

The Daily: Did you take any inspiration from real actresses of the time period in your portrayal of Camille?

Harrier: My biggest source of inspiration was Dorothy Dandridge, along with Lena Horne. They were the two first black leading ladies. They both had gone through so much adversity in life, and Dorothy Dandridge’s life ended pretty tragically. She didn’t really reach the achievements in her career that I think she should have, and maybe would have been able to had she been in the industry at a different time. But it was really hard for her back then. So she was my main research and point of inspiration. So I watched as many of her movies as I could and read a biography on her and listened to podcasts, and was able to form Camille, starting with the idea of Dorothy Danridge.

The Daily: How was this a different acting challenge for you than working on “Spider-Man” or “BlackKklansman?”

Harrier: This is my first time doing a television series. So that comes with its own set of challenges, and it’s definitely different. Just the time period and the way that you film, getting scripts really last minute and not really knowing what the whole story is going to be when you start playing this person. You have to keep up a quicker pace and really have a lot of trust in the people that you’re working with and in the writers, and I was so fortunate to be able to work with people like Ryan Murphy and Janet Mock and Ian Brennan who really are so great at what they do. So I just kind of had to trust in them.

The Daily: The production design of the show is incredible, particularly the amazing period vintage outfits you wear. What was it like working with that aspect during production?

Harrier: It was so much fun. The costumes are crazy and beautiful. And our costume designer Sarah Evelyn is incredibly talented. And it’s such a gift because you can do all the prep and the research as an actor, but half of it is just showing up and feeling like I’m actually in the 1940s. Being on set with this incredible production design, and these amazing costumes that are real vintage from the ’40s, I didn’t look or feel like myself and the world around me didn’t look like it normally does. It really kind of transported me to that time. And that informs everything, from the way that you walk or sit or your posture. It’s half the battle.

The Daily: What was it like working with the cast, particularly Darren Criss, whom you have the most scenes with?

Harrier: It’s such a cool cast, because there are these established actors that we all grew up seeing like Holland Taylor, Patti Lupone, Dylan McDermott, Joe Mantello, just these really amazing established people that we can all learn a lot from. And then there’s a younger generation. And we just had so much fun together. And especially working with Darren, he’s such a talent and has been in the Ryan Murphy universe for a long time, but he’s just fun and goofy, and we laughed a lot on set. We just all had a really good time together.

The Daily: What’s it been like promoting a show during a pandemic?

Harrier: Super weird. [laughs] Definitely a very different experience than it would normally be. But obviously, it’s really important that we all stay home. So I’m just grateful that people are able to still see the show, that we were able to finish production and that we’re still able to talk about it with the way the world is right now.

The Daily: The show portrays an alternate history of classic Hollywood where marginalized groups are able to find success and visibility sooner than they ever were able to in real life. What power do you think that has?

Harrier: To think about what if there had been this type of representation at the beginning of Hollywood, what if the changes that we’re seeing now starting to be made had happened from the very beginning, to me it seems very clear that the world would be a much better place. Hollywood would be a better place. The films would have been much more interesting, it’s so much more interesting to see people from all different walks of life and to have representation and to be able to connect with people on screen that look like you or have had similar experiences to you. It’s so obviously important, and it’s frustrating that it took this long. So I think that had that been able to happen, it would just be better, to put it simply.