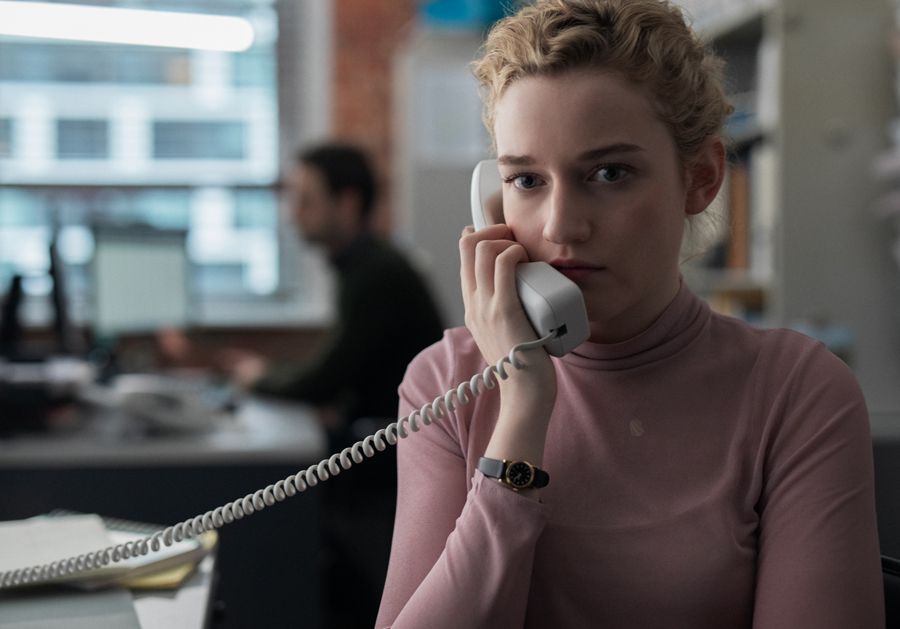 “The Assistant” may be the first great movie to address Harvey Weinstein, but over the course of its hour and 20 minute runtime, the notorious film producer’s name isn’t even mentioned. Kitty Green’s narrative debut, which was released Jan. 31, instead follows Jane (Julia Garner), a Northwestern graduate working as a junior assistant for an unnamed, unseen producer as she slowly comes to recognize the signs of abuse in her workplace. In its exploration of the film industry through the eyes of someone at the bottom, the film is about something much bigger than one man’s crimes; it’s about how the system protects predators and prevents everyone else from speaking up. The Daily sat down with Green to chat about how she approached portraying Weinstein on-camera and the difficulties of making a movie about the film industry.

The Daily: “The Assistant” is your first narrative film after a career working in documentaries. Why did you make that transition?

Green: I’m interested in the issue more so than the form. I’m kind of trying to figure out the best way to tell the story I want to tell or talk about the themes I want to talk about. And with this one, it was broader. It’s a systemic problem I’m trying to get at, but I’m trying to point to these very concrete details and microaggressions that are really difficult to capture on-camera in the documentary style. It’s about looks and glances and gestures and things that are more easily captured in a fiction setting, so it just lends itself to that.

The Daily: The film deals with a lot of heavy issues regarding gender in the film industry. How did you make your set a safe space during filming?

Green: We had a female-lead crew — we had a First (Assistant Director) that was a woman, and we tried to create the safest and warmest and most loving environment as we were dealing with very heavy themes. We need more female filmmakers because we need more women telling women’s stories and that’s kind of the most important thing right now. Often when you get men attempting to tell women’s stories, they kind of leave something out or they’re less aware of more systemic and cultural issues, and more focused on some kind of sensational storyline. And I feel women, we’re more clued into just how much more complicated it is than that.

The Daily: What is it like making a film that deals so heavily with issues in the film industry?

Green: It’s very difficult because it’s very touchy, and there’s a lot of landmines and you’ve got to be careful. I’d say a lot of people in the film industry didn’t want me to make the movie. We had a lot of difficulty getting it financed straight out of the gate because often, the women at the company would want to do it, but their male colleagues would shut it down. For me, after speaking to so many people, I felt a responsibility to tell these stories. It really was important to me that we have conversations that aren’t just about getting rid of Harvey Weinstein, but about something that’s broader and more cultural and systemic.

The Daily: How did you make the decision to keep the producer character off-screen and unnamed, and what power do you think that has?

Green: Originally, I didn’t want to have him in it all. But I felt like we needed to sense his power over not only her but the entire workplace. So in the first draft, his body sort of crossed the screen, but he didn’t have any dialogue. And, as we were shooting a scene where he calls her, it felt weird to not hear what was coming out of the phone. So we ended up getting those phone calls recorded afterwards, but I think we needed them to get a sense of just how corrosive his power is.

The Daily: One thing I think is really interesting about the film is how uncompromisingly bleak it is about the industry, and how difficult it is to raise your voice against systemic abuse. Do you share the same pessimistic outlook on the industry as your film?

Green: I think I was making a film that was sort of set before the #MeToo revelation, before that news broke. So I think it was a time before we really had the language to talk about what was going on in the office. So in a sense, it is that bleak because it’s set in a time where there was no way out and people felt trapped in those positions, and they felt like there wasn’t anyone they could speak to about their concerns. So that’s why it’s bleak, because that’s what they are representing. But perhaps if it was set today, she would have somewhere to go to report about what she sees. So I think things are getting better. I’m not that bleak [laughs].