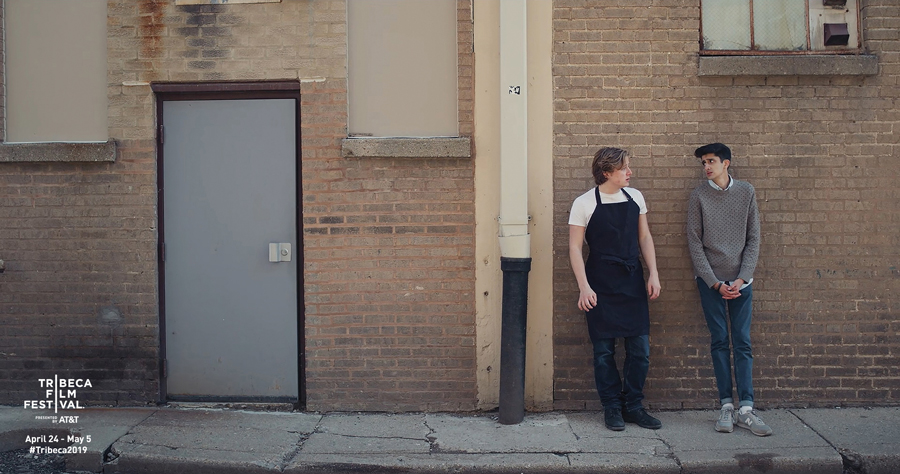 The summer before his senior year at Northwestern, Nabeel Muscatwalla (Communication ’18) watched a web series that was getting a lot of acclaim, but which he said wasn’t exactly a high-budget production.

“I didn’t think it was bad certainly, but I definitely thought ‘Oh, this is something I could do,’” Muscatwalla said. “I was like, ‘This is where the standard is. I could definitely do something to meet this standard.’”

From this, “Better Days” — a student-created, five-part web series — was born.

The series focuses on Armaan, a “Muslim-American twenty-something” played by Muscatwalla, who navigates a string of awkward encounters over the course of a truly terrible day, according to the series’ Facebook page. The series was recently selected to screen at New York’s Tribeca Film Festival on April 25 and 30 as a part of Tribeca N.O.W., a program, which aims to highlight new online work.

Filmed over the course of two weekends during the Spring Quarter 2018, the majority of the series’ cast and crew is Northwestern students. A rough cut was screened at the 2018 Studio 22 Productions premiere, and the series had its official world premiere at Los Angeles’ HollyWeb Festival late last month.

The episodes focus on different slices of Armaan’s day — following him from his therapist to a coffee shop to his job teaching a kids’ improv group — and take inspiration from awkward, anxiety-ridden interactions Muscatwalla said he had in his own life. When he thought of making these exchanges into a web series, Muscatwalla began documenting the conversations and then finding the humor in them.

Muscatwalla co-directed the series with longtime friend Adam Turkel (Communication ’18), whom he recruited because of his experience directing short films at Northwestern. Turkel said he was inspired by the project because of its slice-of-life narrative style — similar to shows like “Master of None” — which he said had not yet been attempted at Northwestern.

Turkel said the show is inspired by Muscatwalla’s own experiences — something he said has not often been explored.

“There’s something kind of refreshing about these slice-of-life, awkward-encounter-type of shows when it is a non-white protagonist,” Turkel said. “There’s something to that that we still have not seen in the history of that kind of medium.”

“Better Days” was funded by grants from Northwestern’s Department of Radio, Television and Film as well as the Multicultural Filmmakers Collective, an organization that promotes and supports multicultural filmmakers at Northwestern.

Turkel said the funding, as well as the fact that “Better Days” is a student-run production, make the Tribeca premiere even more exciting, as the project is a “Northwestern baby.”

“The fact that this is a student project just shows what students are capable of,” Turkel said. “That was what made it gratifying — that this is really just a bunch of kids that wanted to make something. So it’s nice to see that that can actually stand up to what other folks are doing.”

Communication senior Amara Leonard — who acted in the show alongside Muscatwalla — agreed, saying it was exciting for a group of students to create something of this magnitude. And the web series was the perfect medium for these ideas, she said, as it’s a way to work around the challenges that have historically come with pitching and producing series through a television studio. She cited “Broad City” and “High Maintenance” as examples of two shows that got their start as web series before going mainstream.

“It’s a way for young, emerging artists with smaller budgets that have all these great ideas to get their projects out there,” she said.

Leonard played Natalie, a seemingly normal girl-next-door barista until some of her stranger personality traits are revealed. She became involved in “Better Days” because she’d previously worked with Muscatwalla in comedy groups like Mee-Ow and the Titanic Players. The majority of the cast was recruited from student groups like these, which Leonard and Muscatwalla both said made for a fun time on set.

“It never really felt like a burden or like this thing that I had to do just because it was like me and my best friends, making something that we thought was cool and funny,” Muscatwalla said. “A lot of the appeal, I think, of some of the themes is like the rapport that we will have one another … because we have years of friendship under our belt to contribute to this chemistry on camera and that’s kind of unmatched.”

Mustcatwalla said the fact that “Better Days” is premiering at Tribeca Film Festival is exciting. Currently, the series encompasses five episodes that run around seven minutes each, but Muscatwalla said he hopes to make more.

When making the series, Muscatwalla said he hoped people would simply take the time to watch it. The Tribeca premiere, he said, will put the series in front of even more people — and he hopes it can act as a comfort to them.

The series stemmed from a place of anxiety and worry in social situations, Muscatwalla said, but this is not where it ends. “Better Days” does not just poke fun at the people responsible for the awkwardness, but reminds viewers these interactions are not important in the long run.

“I hope this can be sort of comforting … like that even at the worst case of day to day life we are all there with you. We all feel this sh–t,” Muscatwalla said. “But you can have a really not great day and still have a great life.”