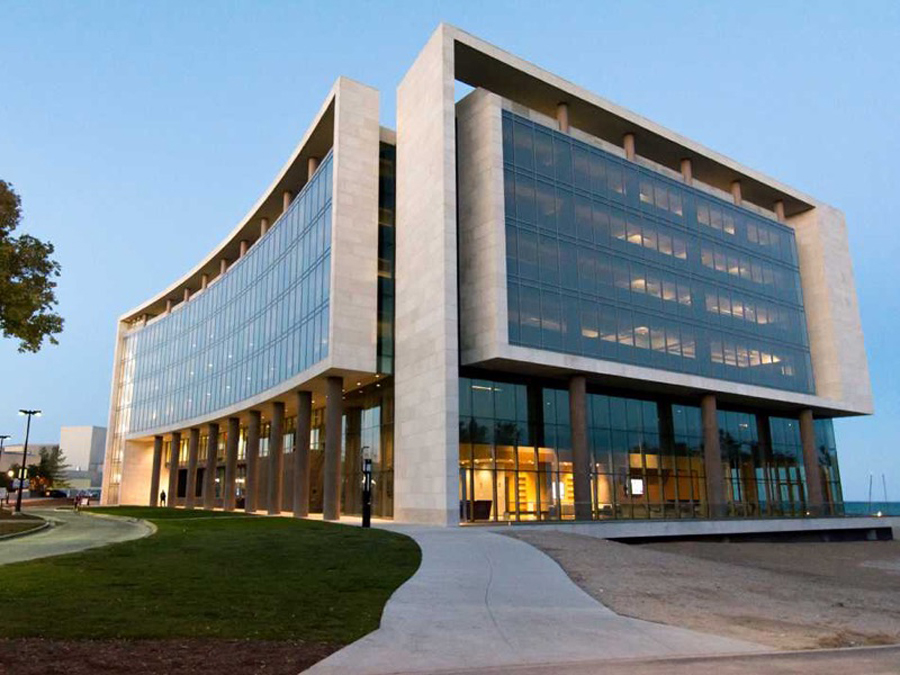 Segal Visitors Center, 1841 Sheridan Rd. Legally, wealthy parents can donate to the school in an attempt to influence their child’s admission prospects.

Counselors, test prep and parents who will do anything: Inside the world of college admissions for the wealthy

When Christian Reyes expressed an interest in applying to ten colleges, his college counselor at J. Sterling Morton East High School in Cicero, Illinois, where over 90 percent of students are low-income, was not supportive. The counselor told the current SESP senior that applying to any more than one community college, one junior college and one state college was excessive.

Meanwhile, three years later in Washington, D.C., at Sidwell Friends School, an elite prep school where annual tuition exceeds $40,000, Anna Cork knew she was allowed to apply to a maximum of only nine schools. Students are capped at nine for fear of increasing intra-school competition among students applying to some of the nation’s most prestigious colleges.

Last month’s college admission scandal, in which wealthy parents were indicted for their involvement in a scheme to cheat on college entrance exams and bribe athletic officials, has ignited a conversation about the deep-rooted inequities of higher education access.

Both Reyes, a first-generation college student and co-president of Quest+, and Cork, a Weinberg freshman, ended up at Northwestern. But their admissions paths were vastly different, an illustration of the advantages money can buy in the admissions process.

Though no bribes were offered and no athletic pictures were photoshopped, Cork had advantages in the college admissions process all the same. Sidwell employs three full-time college counselors to handle classes of approximately 120 seniors, assigned during a student’s junior year. Cork’s counselor helped her pick schools, displayed testing and grade data to ensure that her choices were realistic and edited her college essays and supplements.

Cork said having a college counselor was immeasurably important to her admission to Northwestern, and also noted that her high school had a vested interest in her success. The school’s prestige is contingent on its students’ success in the college admissions process, she said, so the counselors take their jobs very seriously.

“The name brand of my (high) school helped me get in, but also these resources and the dedication that my high school put in to us getting into school was kind of crazy,” Cork said. “I know that was an advantage for me.”

Like many of her peers, Cork’s parents also hired a private tutor to help her prepare for the SATs. Nearly everyone she knew worked with a testing preparation service — a resource that is “much more expensive than you would think,” she said.

Cork said the strategies and practice questions that her tutor offered her gave the exam a semblance of predictability. Her tutor even downloaded a legal shortcut program onto her graphing calculator, which saved her a lot of time in the math section.

“My SAT score went up significantly,” Cork said. “I definitely wouldn’t have done as well on the SAT if I didn’t have that tutor.”

Medill sophomore Jake Liker, a graduate of the prestigious Harvard-Westlake School in Los Angeles, knows the one-on-one test prep tutoring that his parents, and the parents of nearly every student at the school, purchased made a difference for him — a four-point ACT score difference, to be exact.

As much as people like to imagine college admissions as a meritocracy, Liker said, the rigor and resources offered at his high school meant that he and his classmates had a leg up in admissions.

“We have the deck stacked for us, if you go to a place like a Harvard-Westlake,” Liker said. “I never had to deal with not knowing how to fill out certain forms. I’m not first-gen. (College admissions) is there for you. It’s there for the taking.”

While Cork and Liker were consulting with hired tutors and counselors, Reyes, stuck with an unsupportive counselor and a lack of resources to pay for outside help, turned to Reddit and Google.

He found online communities to be helpful in navigating the Common Application, essay-writing and application fee waivers on his own. Still, he wished he had a person who understood both the pressure and the process of college applications.

When Cork’s parents felt like they didn’t understand the admissions process, they outsourced to tutors and met with their daughter’s assigned counselor. When Reyes took his problems to his mother, all she could offer was “emotional support.”

One of Reyes’ frustrations throughout the process was that nobody could relate to the pressure he was putting on himself to get into college. At expensive prep schools, Liker said parents are often a source of that pressure.

Getting into a prestigious school is “expected” rather than “celebrated,” Liker said, and parents will use their money to buy any test prep, counseling or other services that can help meet that expectation.

Reyes also found himself disturbed by the exploitative nature of the application process as a first-generation, low-income student.

Northwestern’s low-income admit rates and 20 by 2020 campaign to increase the number of Pell-eligible students coincided with the US News & World Report’s decision to consider diversity as a factor for rankings, Reyes said — an occurrence he does not find to be coincidental.

While Reyes found his story as a first-generation, low-income student to have been capitalized on in the University’s push for diversity, Cork’s college counselors were actively involved in crafting a narrative for her to promote in her essays, even going so far as to emphasize different parts of her profile for different schools.

“(They) helped me cultivate an image,” Cork said. “When I was applying to schools, it was like, this is the angle we’re going for. When I was writing my essays, I played up certain parts of my extracurriculars or personality that we were going for, that (reflected) the image I was trying to portray to schools.”

Reflecting on his college admissions process, Reyes said he has realized that the unjustness of the process is indicative of larger societal problems related to economic inequality. The application process is “rigged,” he said.

Reyes knows that despite whatever help he can offer, his younger siblings will face the same challenges he did.

“It’s still going to be a lot more difficult because we can’t afford tutors,” Reyes said. “We don’t have good counselors that are going to support us. When schools reach out to us, it feels like we’re being exploited, because when you’re low-income, you’re invited, and then you’re offered financial aid packages that aren’t what they promised.”

“If there’s something I learned,” he continued, “it’s that it’s all kind of BS.”

When the college admissions scandal broke, Liker immediately received texts from friends saying they were sure students from his high schools were involved.

Liker was not surprised that members of the Los Angeles private school community were involved, because he sees divisions among the students in the one percent that attend his school. Parents who used The Edge College and Career Network, the fraudulent foundation at the center of the indictment, he said, exist in the “crazy” distinction of being in the one percent but not the 0.1 percent — they are wealthy enough to spend hundreds of thousands of dollars cheating on entrance exams but not wealthy enough to make a “legal” bribe of donating a building to a school.

“There was just…complete anger and disgust (when the scandal broke),” Liker said. “Cause, you don’t need to do that. Seriously? This is already so in your favor.”

Reyes was similarly unsurprised when the scandal broke. He said he is glad that the cheating parents are being exposed, but said legacy policies and donations to schools that aid in admissions are worse, to him, than the outright bribery detailed in the scandal.

With college admissions being inextricably tied to income, Reyes said a solution will not be achieved unless the entire system is dismantled. Attempts at reform are fruitless because the system was not built for first-generation, low-income students, he said.

Even with decades of affirmative action policies, low-income students remain underrepresented in the nation’s most competitive schools. A 2016 report found that only 3 percent of students in the most selective schools come from the 25 percent of families with the lowest incomes. At Northwestern, about 45 percent of undergraduates receive financial aid, according to the common data set, and 20 percent of the class of 2022 is Pell Grant-eligible.

Liker said college admissions would be difficult to fix on its own because the inequality that feeds its unfairness precedes the application process.

“By the time you’ve already reached that point in high school where you’re applying to colleges, a lot of those inequities are already set in stone,” Liker said. “(They) have already shaped your destiny.”