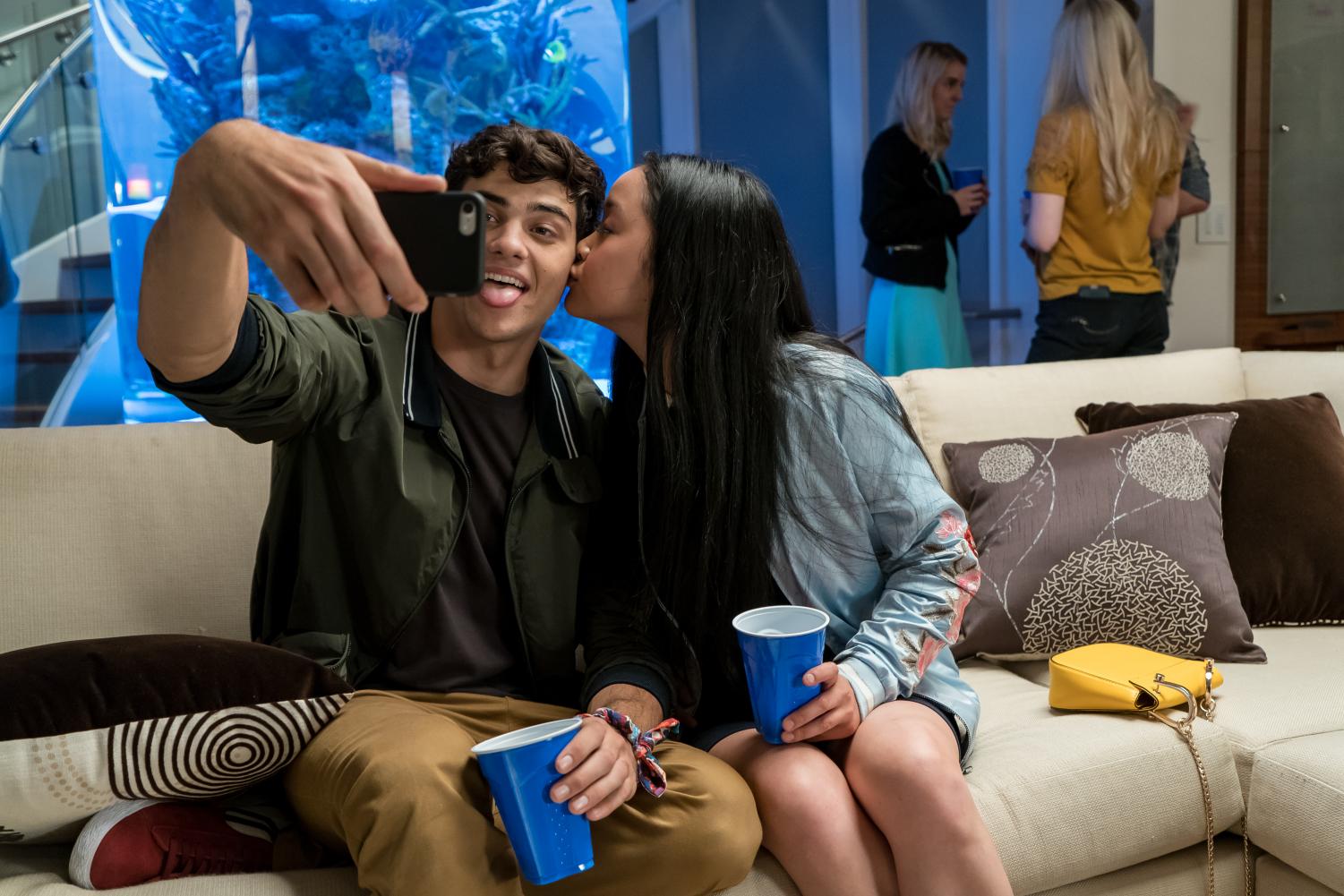 Noah Centineo and Lana Condor were the leading stars in “To All The Boys I’ve Loved Before,” a new entry in the teenage romantic comedy genre that has been revitalized thanks to an ongoing golden era for streaming services like Netflix. (Source: Netflix Media Center)

Noah Centineo and Lana Condor were the leading stars in “To All The Boys I’ve Loved Before,” a new entry in the teenage romantic comedy genre that has been revitalized thanks to an ongoing golden era for streaming services like Netflix.

Imagine being a teenager in the ’80s. Unapologetic neon jackets and Aussie hairspray-induced dos aside, growing up felt more like a thrilling challenge than an awkward theme park ride. Life lacked Tinder, but had Patrick Swayze in it. It lacked Spotify, but had Peter Gabriel singing its soundtrack. Most importantly, it had its downs, but was never swayed by the fear of you never finding your one true love — at least not in the movies.

No director may ever capture the climax of a romantic comedy film better than Hughes, or Cameron Crowe for that matter. There may not be another Lloyd Dobler holding a boombox outside your window to proclaim his love. Or a John Bender-type thrusting his fist into the air as Simple Minds starts to play. Jake Ryan won’t wait outside the church in front of his iconic red Porsche to declaratively say, “Yeah, you.”

These characters are deeply imprinted in our minds and hearts. But as the teenage rom-com genre resurfaces in Netflix’s golden era, there might just be a whole bunch of new romantic leads waiting in line to take their place.

Last year saw a great number of films balancing the line between an empowering coming-of-age story and a heartfelt, budding romance developing between its leads. “Love, Simon,” released in March 2018, started the trend with a bang: not only did it fuel the teen rom-com wagon with $66.3 million in the global box office — more than three times its budget — but it also introduced a gay love story backed by a major Hollywood studio, 20th Century Fox.

Netflix was quick to pick up on the commercial and critical success of the film. Just a few months after, it released a line of pictures that played on the same tropes as those of the ’80s, but modernized them to attract the audiences now purchasing movie theater tickets (or, well, streaming service subscriptions).

Flicks like “To All The Boys I’ve Loved Before” did not reinvent the rom-com genre; they merely revitalized it. Lara Jean and Peter Kavinsky’s romance is no different than that of Allison Reynolds and Andrew Clark in “The Breakfast Club” — a female high school outcast and a preppy athlete breaking through their respective cliques’ barriers to end up together — but a non-white lead and a rich backstory that enriches the plot as much as furthers it help universalize the messages the movie gets across. Same with “Sierra Burgess is a Loser;” despite the film’s many flaws, no picture in the ’80s ever featured a lead romantic actress who came close to being called anything other than skinny.

Teenagers worldwide are finally seeing themselves on screen, and as trite as this statement may read among studios’ ambitious yet narrow efforts toward diversification, people are more than willing to believe and buy into a non-white teen love story.

Kerensa Cadenas, a movies staff editor at Entertainment Weekly, said that modernizing the rom-com is precisely what creators have to do to keep the genre alive. Characters who previously had a singular defining trait — the athlete, the princess, the basket case — can exist outside of their posse’s rep to outgrow social norms (after all, that’s what made Noah Centineo’s Kavinsky the Generation Z’s male heartthrob). Casts do not all have to look alike, whether that’s in regard to their size, race or sexuality. Most of all, rom-com leads don’t have to represent the entire minority group or community they belong in because their love tales and tribulations are shared among most, if not all, teenagers.

“Seeing positive representations … of diverse casts has really helped to get the people behind studios and streaming services ready to do more of these films,” Cadenas told The Daily. “It’s also something that audiences miss. There’s something really comforting about a rom-com, no matter its problematics, and if there’s the ability to make these movies and have them more accurately reflect the world around us, I see this being a lasting revisiting of the genre.”

Why was the genre gone in the first place, though? After all, these films propelled actors like Molly Ringwald and Anthony Michael Hall to stardom, and left audiences craving their return to the big screen. But in the next 30 years post-“Say Anything,” teen rom-coms were spread far and wide. Rarely would a flick attract that much attention, and when it did — like “10 Things I Hate About You” in 1999, and “Easy A” in 2010 — it wouldn’t spark a wave to follow up its success.

Collider.com senior editor Matt Goldberg explained this gap using the concept of a “donut hole” — studios will typically finance indies of the $5 to $10 million sort or massive 9-figure blockbusters, leaving romantic comedies — which fall in between those two — forever on the drawing board.

Now, though, the rise of streaming services is allowing creators to no longer pursue their films solely on the chances of ticket-sale profit return, but also on their “rewatchability” factor (or how often audiences may want to return to the movies, say, on a wintry Sunday night with a tub of Ben & Jerry’s). Since Netflix, Hulu and the likes are looking for loyal subscribers, rather than one-time moviegoers, the “nice experience” that rom-coms offer may be more lucrative in the long run.

“The romantic comedy has always been kind of comfort food,” Goldberg told the Daily. “It has these beats that are very safe and low stakes. At the end of the day, in rom-coms, the worst that’s going to happen is two people don’t get together.”

As for the future of the genre, Cadenas, Goldberg and a good slice of the film expert community agree that we haven’t seen the last of teen romantic comedies — or their stars. Already, projects like a “To All The Boys” sequel have been greenlit and are in production, while all the more LGBTQ- and non-white-led stories are joining their ranks. Centineo and Nick Robinson, who starred in “Love, Simon,” are actively promoting more sympathetic male leads that share nuances of teen love in the modern era.

And if studios and filmmakers continue to give new life to the genre, there might be a whole new generation ready to believe in love.