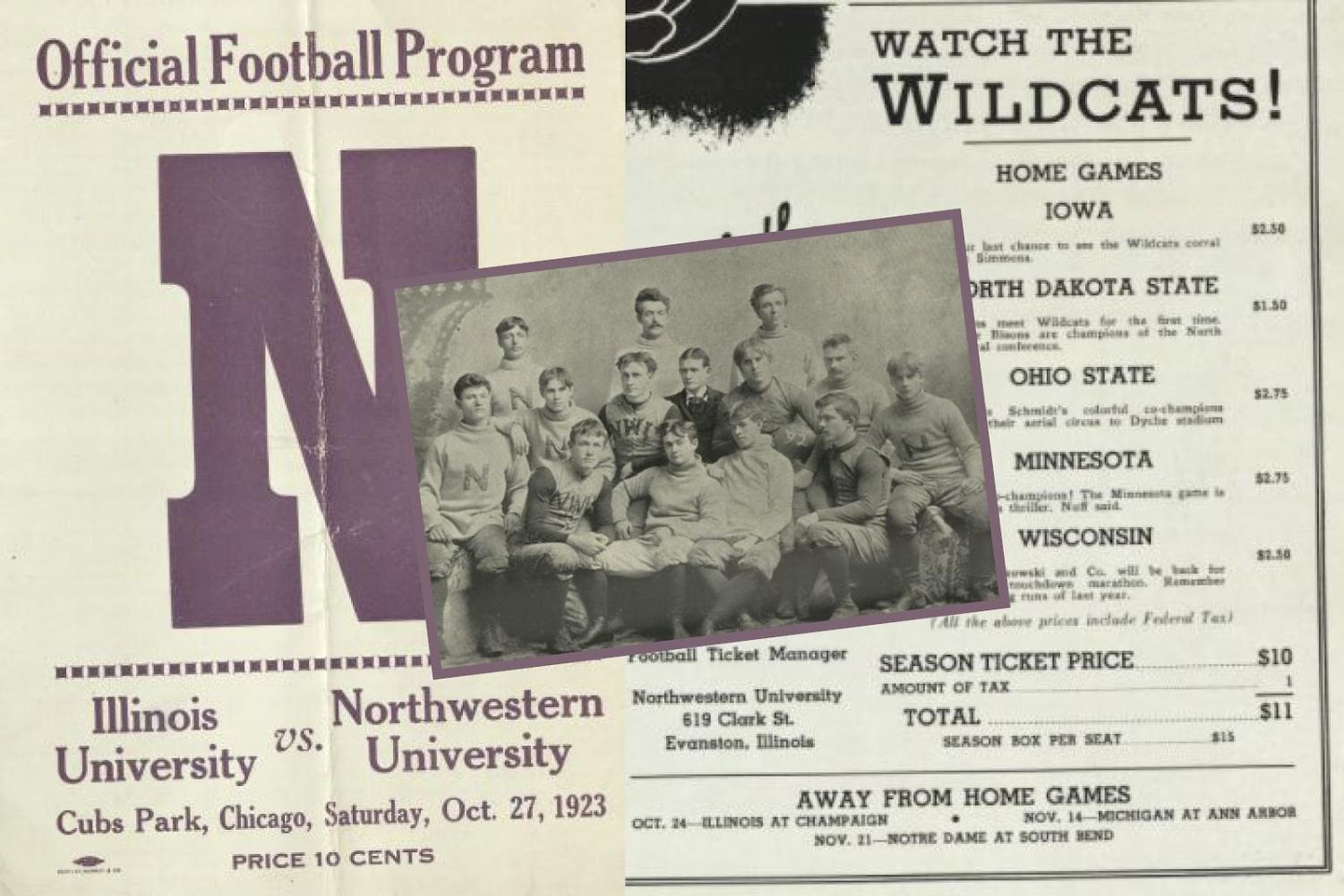 Newspaper readers across the state had plenty to discuss on Oct. 12, 1892.

It was a warm Wednesday afternoon across Illinois, per the Chicago Tribune. A hotly contested election loomed between then-President Benjamin Harrison and former President Grover Cleveland. And in Champaign, (population 5,839, per the most recent census at the time), Northwestern and the University of Illinois played in football for the first time.

Neither team was new to the game. The future Wildcats had been playing on and off for 10 years, and the future Fighting Illini uninterrupted for two. But both teams were new to each other.

The love-hate affair that began that day has lasted 129 years. It stretches across two world wars; numerous pandemics, depressions and recessions; two traveling trophies; and stars ranging from Otto Graham to Juice Williams. Here’s a look back into five early games that laid the foundation for the IIllinois-NU rivalry that fans cherish to this day.

The Daily, then-named The Northwestern, called the 1892 clash “perhaps the most exciting game ever played by an N.W.U. eleven.”

Football was a very different game in 1892. A touchdown scored four points, an extra point two and a field goal five. There was no Big Ten, no bowl games and certainly no College Football Playoff.

Illinois’s George Huff —  who would go on to briefly manage what are now the Red Sox in 1907 —  scored the Illinois-NU rivalry’s first points, putting the team The Northwestern dubbed “Champaign” up 6-0. Alvin Culver, a future NU coach, responded with the Purple’s first score to tie it. A veritable shootout ensued, and when darkness suspended the game, the score was tied at 16.

“If our boys will learn to aim lower when trying to stop a rush,” The Northwestern wrote, “they will find that they are working much more effectively.”

At the very end of the 19th century, Northwestern found its forever home.

The formation of the Western Conference in 1896 united seven Midwestern schools (the University of Chicago, Illinois, Michigan, Minnesota, Northwestern, Purdue and Wisconsin) into the league that would eventually be known as the Big Ten. The Purple played only four conference games that year, and some teams played as few as three. Chicago finished third in the league despite racking up an overall record of 15-2-1.

NU’s season highlight was a 10-4 win over Illinois in Champaign, the Purple’s first-ever win in the series. The game was sandwiched on NU’s schedule between an in-season home-and-home with Chicago, the front half of which the Purple won 46-6 to enter the rivalry game 6-0-1.

It was anything but glamorous: “The gridiron was over half mud,” The Northwestern wrote. “The snow had been cleared off … but still the condition of the grounds was deplorable.”

Toward the game’s end, with NU clinging to a 6-4 lead, Albert Byron Potter Sr. — a year away from kicking off a three-year stint head coaching at Drake  —  raced 85 yards to clinch the win for the Purple. The rivalry was on.

The Illinois-NU series had never seen a team quite like the 1914 Fighting Illini.

In year two under coach Robert Zuppke (an avid landscape painter, football innovator and future member of the College Football Hall of Fame’s inaugural class), the Illini went from good to transcendent. Illinois shut out Christian Brothers, Indiana and Ohio State to begin the season, scoring 125 points in its first three games and allowing none.

The Illini’s strength was such that The Daily’s headline after its 33-0 win over the Purple read “Purple Look Better Despite Bad Defeat.” Illinois simply overwhelmed NU, blocking a field goal in the first quarter and reeling off two touchdowns shortly thereafter. It was 33-0 at the half, and Zuppke sent in his reserves for the final two periods. 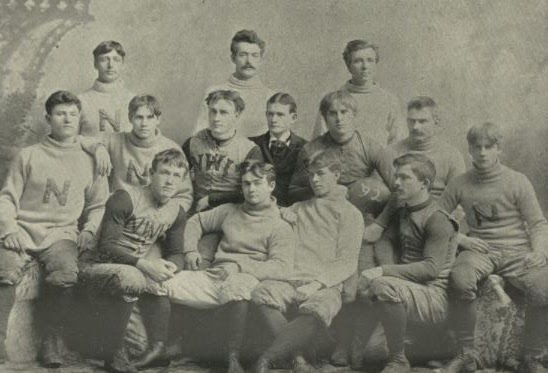 Red Grange, a Wheaton, Illinois native, was marked for stardom the afternoon of his first collegiate game when he burned Nebraska for three touchdowns in a 24-7 win. He was the greatest player of his era. In 1924, he would score five touchdowns, throw another, and pick off two passes against Michigan. In 1925, the “Galloping Ghost” would cover Time Magazine midseason.

Back in 1923, however, Grange was still “youthful.” Rumors flew that NU would head-hunt him, but Zuppke downplayed them. The Fighting Illini were focused and on their way to a national championship — its third in the last decade.

By the mid-1930s, college football was firmly established as a big business. Newspaper and radio transformed a regional pastime dominated by Midwestern and Eastern schools into a truly national game.

At the suggestion of longtime Nebraska sportswriter Cy Sherman, the Associated Press began soliciting a ranking of the nation’s top 20 college football teams from journalists across the country during the 1936 season. The first such composite ranking — the AP Poll, still in use today — was released on Oct. 19. Minnesota, Duke, Army, NU and Purdue made up the inaugural top five.

The Wildcats, as NU was now called, made the most of their newly anointed status, beating Illinois in Champaign just five days after the poll’s debut.

The Cats’ Don Heap, a future coach at Illinois Wesleyan, scored from three yards out on fourth and goal in the second quarter to give NU a 7-0 lead it wouldn’t relinquish. The Illini’s only points came when George Wardley tackled the Cats’ Clarence Hinton in the end zone for a safety. Hinton went on to far greater success as a trailblazing Black ear, nose and throat doctor in the Washington, D.C. area.

Two weeks after beating Illinois, NU, on the strength of an upset win over the Golden Gophers,  was No. 1 in the country. But the Cats lost 26-6 to No. 11 Notre Dame in their season finale.

NU is still waiting for its first national championship.