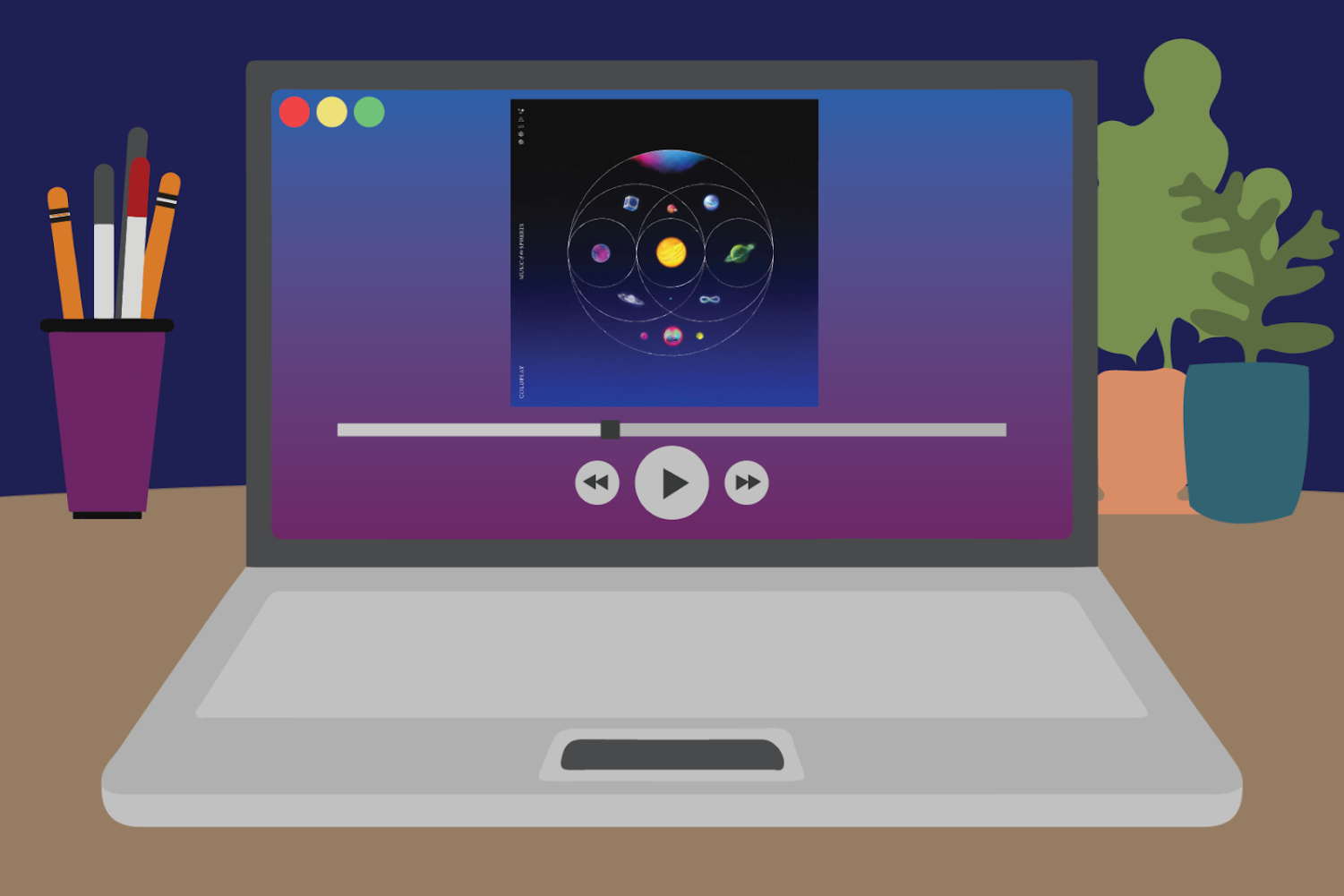 Coldplay’s latest album is called “Music of the Spheres.” (Illustration by Angeli Mittal)

Coldplay’s latest album is called “Music of the Spheres.”

Liner Notes: Coldplay shoots for the stars with “Music of the Spheres”

Coldplay is one of the most well-known artists in the world.

With more than 58 million monthly listeners on Spotify — making it the number five most streamed artist on the platform — and 21.4 million subscribers on YouTube, it’s no surprise that the release of its new album entitled “Music of the Spheres” had heads turning and ears pricking.

As a fan of the group, I’d be remiss not to admit that I too found myself counting down the days until the release of Coldplay’s newest album, rushing to plug my earbuds in the minute the album dropped.

So what did I think?

Coldplay’s ninth studio album shoots for the stars and marks an explosive comeback for a group long beloved since the late 1990s. Though certainly its most mainstream, pop-heavy album, it’s clear that after the pandemic, the band was excited to get back in the studio, record together and tour together.

These feelings are prevalent throughout “Music of the Spheres.” It’s a conceptual album that focuses on the humanity that connects us all, even while galaxies apart, picking up right where the band’s 2019 album “Everyday Life” leaves off.

“For ‘Everyday Life’ we didn’t feel like we wanted to go back on tour yet, so we felt like that was an opportunity to make an album which was slightly more organic, slightly quieter,” band member Guy Berryman tweeted. “That always ends up helping to define the style of songs that go on an album. So with ‘MOTS’ there’s some bigger, more anthemic songs which we felt might sound good in a stadium.”

This album is ecstatic and radiant, almost like a message of harmony, and though it’s a departure from the musical tones established in their previous venture, it picks up on the themes radiant throughout the final track, “Everyday Life.”

“Humankind” and the vaguely Weeknd-ish “Higher Power” are zippy electro-rock tracks with sharp hooks and lots of crisp digital detailing. Meanwhile, “My Universe,” which features K-pop superstar group “BTS,” blends the South Korean and British groups together seamlessly into an optimistic and hopelessly romantic electro-pop track.

The song is happy, bright and all about falling in love with someone and wanting to put them in every aspect of your life. This contrasts with “Let Somebody Go,” which features Selena Gomez. Here the band is at its most vulnerable, melodically expressing the pain associated with letting a loved one go and entirely cutting them from your life.

At its core, Coldplay is all about the people it plays for, and “Music of the Spheres” is a joyful, thematic and soothing album about the power of people and all the good they encompass — a message we could all stand to take to heart.