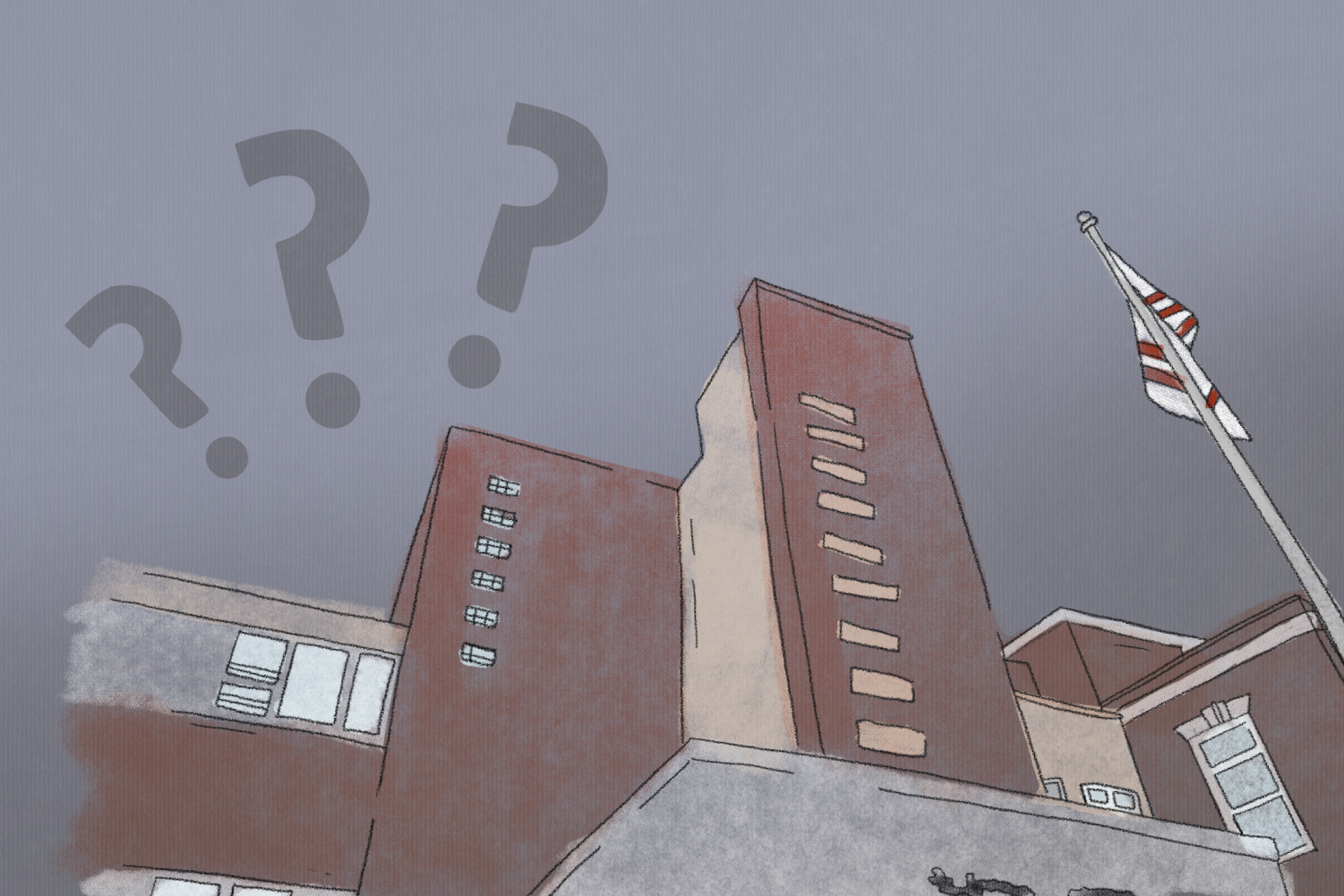 The children of Hovland Court may play on the same road, but they’re bused to separate schools in Evanston/Skokie School District 65.

Rochon said he applied for his kids to attend magnet schools in the district, in part, to gain that missing sense of belonging. But Hovland Court is part of a larger issue — for more than 50 years, parents haven’t been able to send their children to a public neighborhood school in the 5th Ward.

Now, efforts to return such a school to the historically Black ward are ramping up, with community advocates pushing for the change and District 65 creating a committee to determine the feasibility of a 5th Ward school. But the path toward creating one has lasted decades.

When Foster School shut its doors

The last public neighborhood school in the 5th Ward was Foster School. In 1966, however, District 65’s desegregation plan turned Foster into a magnet laboratory school, where students had to apply to get in.

“Foster School was a much beloved school, and from what I understand, desegregation was really what marked the beginning of the end of the school. There’s just kind of irony in that,” Rochon said. “There’s definitely a strong community that was here, and losing that school took a lot out of it.”

Before the change, nearly all of Foster School’s students were Black, according to Shorefront Legacy Center founder Dino Robinson. He said the school provided a sense of power within the community.

When Foster School ceased to operate as a neighborhood school, Robinson said the effects were extensive. Business in the area declined and without a centralized parent teacher association, families no longer felt heard.

“Families were saying that they felt disenfranchised, they were being silenced,” Robinson said. “This is still happening today: families of color who would have had a neighborhood school in the 5th Ward are now a severe minority in other schools and have to deal with the aspects and outcomes of that.”

In 1979, the laboratory school relocated outside the 5th Ward. From then on, there was no public school in the ward.

Second Ward resident Tracy Fulce-Gentle’s mother was a student at Foster School prior to desegregation. She said the Evanston her mom grew up in is not the one she herself knows.

Fulce-Gentle said her mother felt it was a grave disservice that children had to bear the brunt of responsibility for desegregation. That harm has continued into today, Fulce-Gentle said.

“Taking a school out of a neighborhood … can have a real authentic impact on the children in an immediate way,” she said. “They can’t play after school; they have to get on the bus.”

Evanston resident Henry Wilkins said returning a neighborhood school to the 5th Ward is essential because the pressure to integrate was — and is —  a burden placed unequally on Black students in Evanston. Black students face a disproportionate impact of busing, causing harm to their educational experiences, according to a 2017 District 65 Equity Report.

Learning about these past and present injustices made Wilkins want to take action. So about three and a half years ago, he founded STEM School Evanston, an organization that aims to establish a public community school in the 5th Ward.

Part of SSE’s effort is a feasibility study that will investigate ways to create and sustain a school in the central core of Evanston. Among its goals were to find options for the school’s location and model capital costs, Wilkins said, and SSE expects results by the end of October.

Wilkins said this study will help SSE develop a financing plan that doesn’t cause District 65 to close another school or require a tax referendum.

In 2012, a referendum that would have issued over $20 million in bonds to fund a 5th Ward school failed. While over 67 percent of 5th Ward voters were in favor of the referendum, only 45 percent of all voters supported it.

“We’re definitely not trying to do the same thing over and over again expecting a different result,” Wilkins said. “We want to think about how we can achieve victory this time around.”

While SSE may already have a vision for a STEM school in the 5th Ward, Wilkins said the organization is also conducting research and seeking input from Black Evanston residents.

In June, SSE received a Northwestern Racial Equity and Community Partnership Grant, which will fund ethnographic research of Black Evanston residents’ experiences with educational injustices and how they envision redress.

SSE member Bessie Mbadugha, who assisted with the grant proposal, said this community input is crucial.

“We don’t want to come with a savior mentality and fix things the way we think they should be fixed as opposed to what people actually want to see,” she said.

Wilkins said SSE plans to present these findings to the community and the District 65 school board for feedback and review, and will continue to advocate for a 5th Ward neighborhood school.

Wilkins is part of the district’s Student Assignment Project Committee, a group of over 40 people who will make recommendations on establishing a 5th Ward school by March 2022, among other goals. He said it’s exciting to see SSE’s grassroots work begin to collide and merge with District 65.

Currently, some students are bused from their wards to schools offering specialized programming like Oakton Elementary School’s African Centered Curriculum Program and the Two-Way Immersion Program, which is offered at a handful of District 65 elementary schools, she said. One of the committee’s goals is to ensure students’ needs are met more locally.

“How do we get back to this ‘home school’ model, where our local area schools (are) where students have services, and these services can (be) access(ed) at their local area school?” Smith asked. “We can’t do that if some wards do not have a local area (school).”

In June, the committee sent a survey to District 65 community members. The results will inform their decision making, Smith said, and the team’s goal is to ensure families are represented.

Fulce-Gentle, who is on the committee, said while she hopes its work will lead to a culturally rich resource for children and their families, she still has doubts. White supremacy is institutional, she said, and so she has to temper her positivity.

And Robinson said the 5th Ward has been put on the back burner time and time again. Past efforts for a neighborhood school have been halted multiple times.

In 2002, the District 65 board raised the possibility of housing a school in Foster School’s original building, but negotiations were stopped a year later. Then in 2012, there was the failed referendum.

“The constant message on any type of development is more like: be patient, wait and see,” Robinson said. “Families want a change in that attitude.”

Wilkins said SSE acknowledges that returning a neighborhood school to the 5th Ward has been a long race, passed down through generations of students and parents.

This time, he said, he wants it to be different.

“This pursuit just didn’t happen a couple years ago,” Wilkins said. “This is something that’s been brewing and pursued for decades now. Our hope is that this time around, we cross the finish line.”