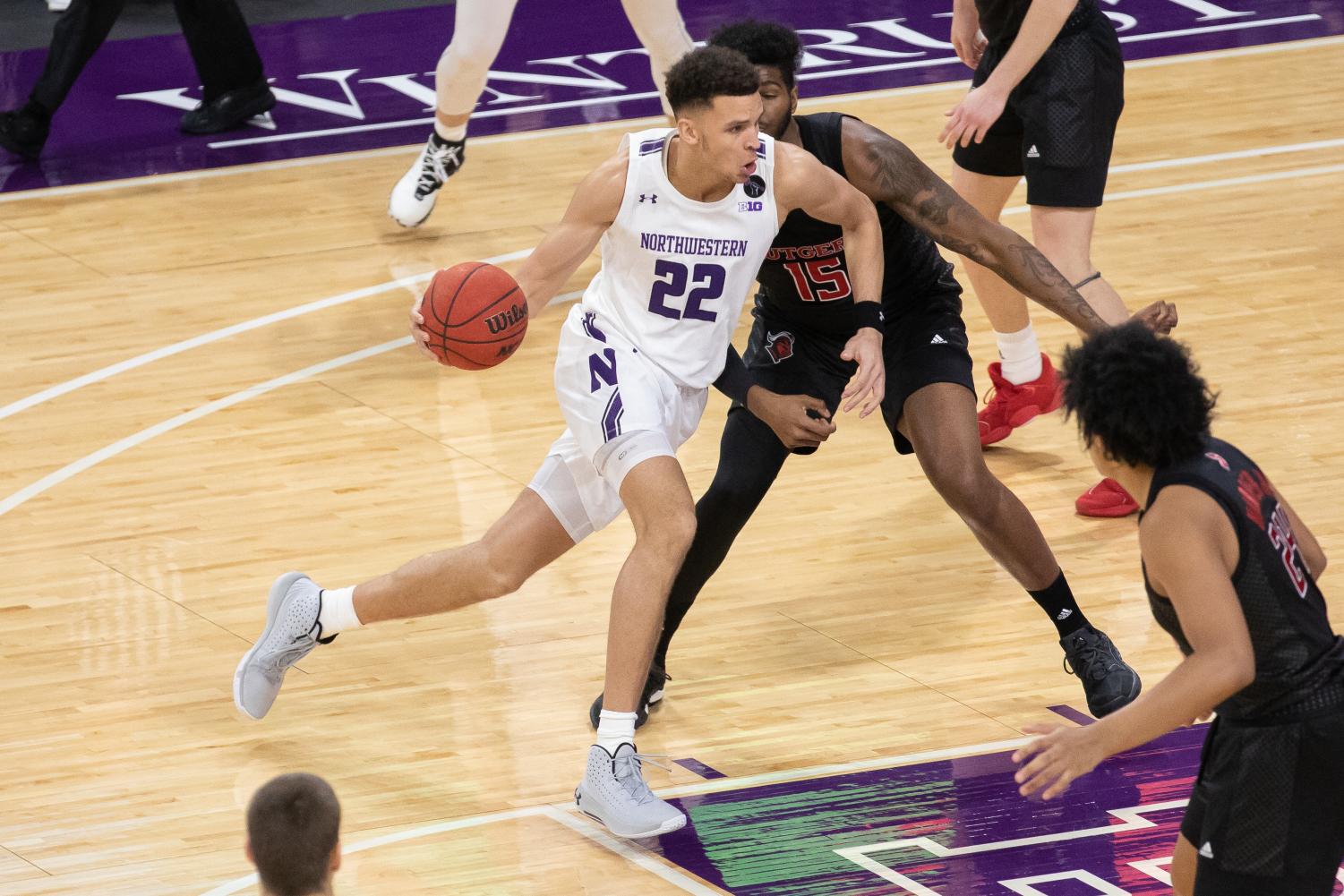 Pete Nance drives inside during Northwestern’s 64-56 loss to Rutgers on Jan. 31. Nance’s emergence has been a bright spot in a turbulent season. (Joshua Hoffman/Daily Senior Staffer)