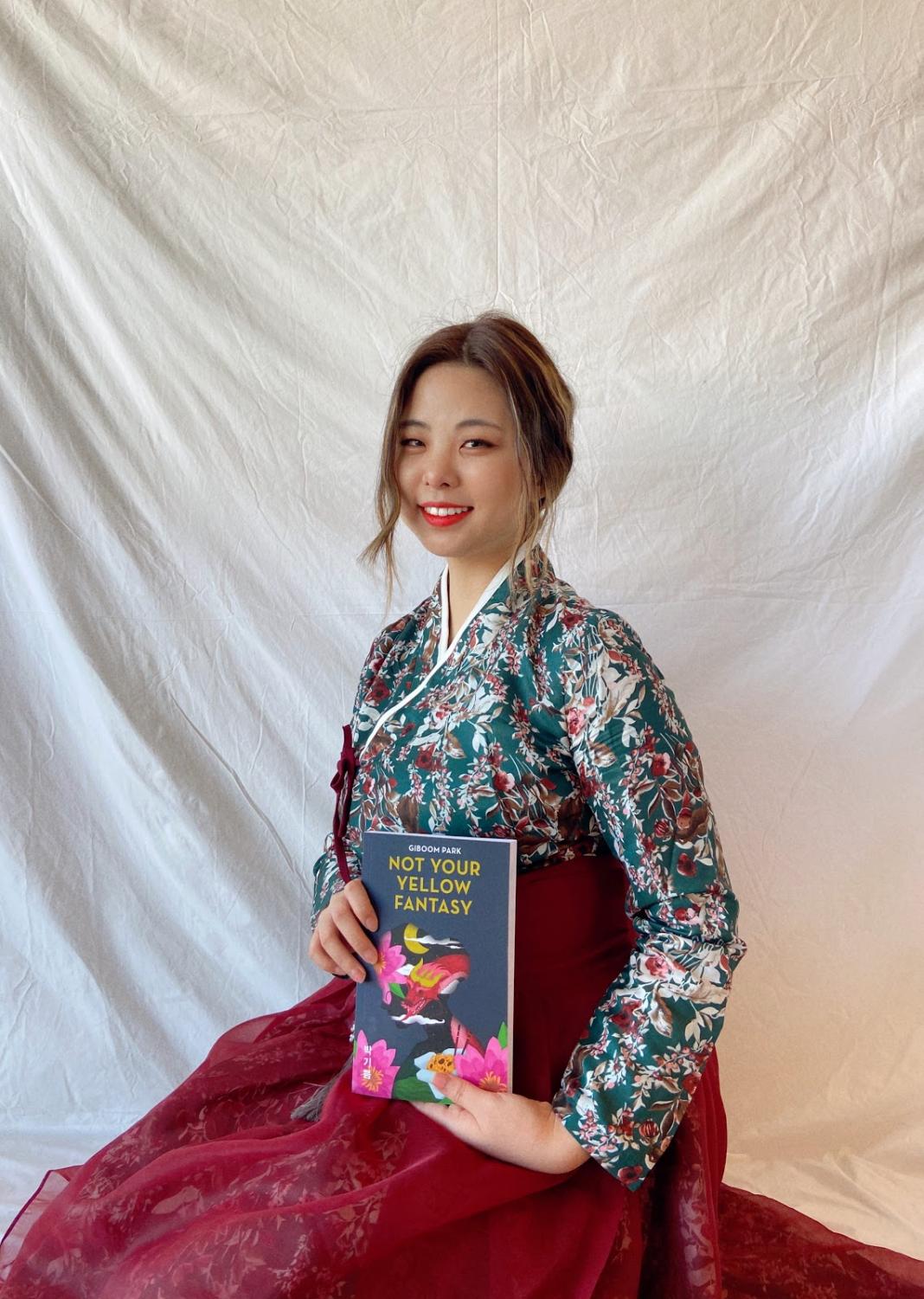 Giboom (Joyce) Park with her book, “Not Your Yellow Fantasy: Deconstructing the Legacy of Asian Fetishization.” (Courtesy of Joanne Lee)