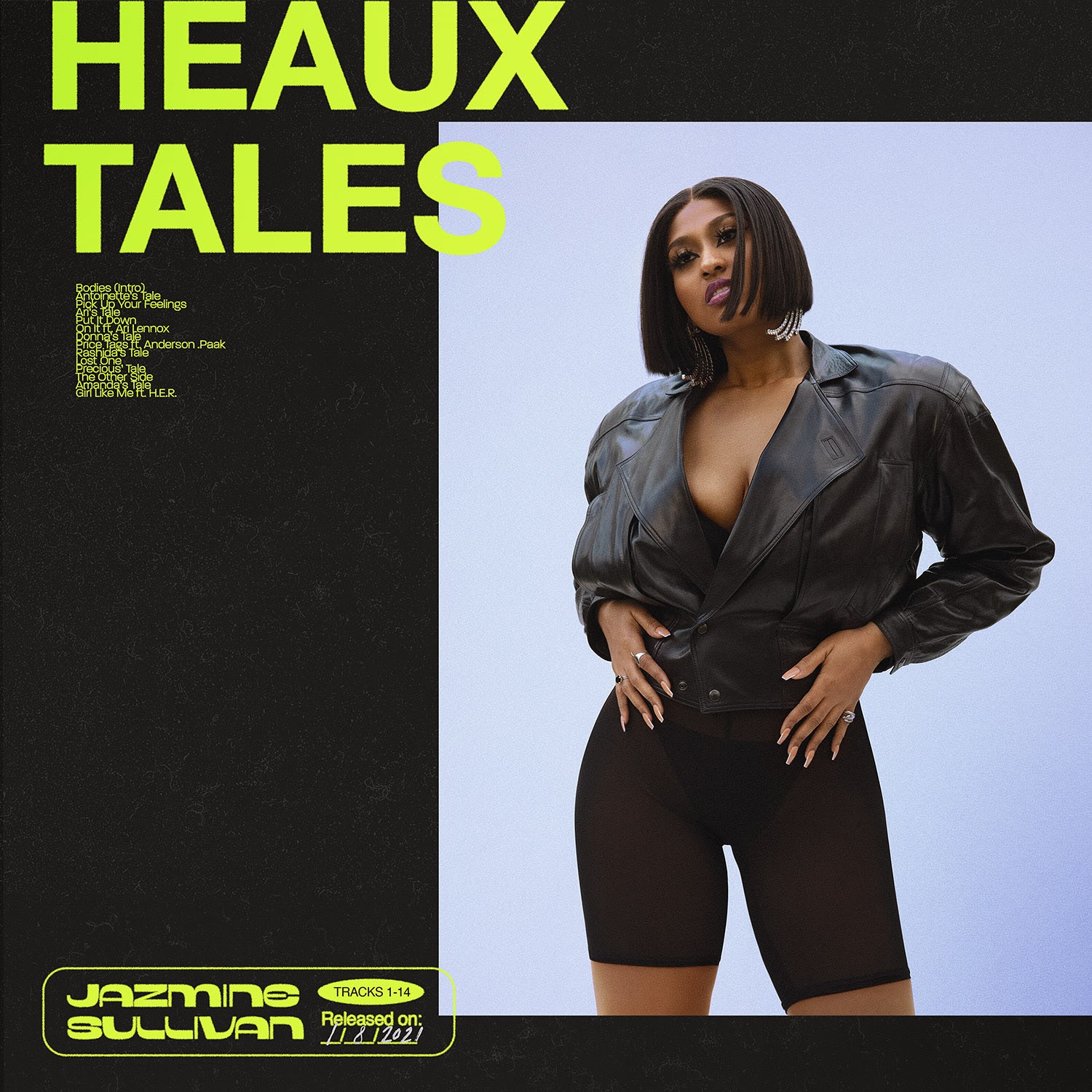 On “Lost One,” the excellent lead single from her recently released EP “Heaux Tales,” Jazmine Sullivan pulls off a clever bait-and-switch. As the music swells during the pre-chorus, the R&B singer pleads to a lover she hurt, “Just hear me out, before you let it go/There is one thing, I need, for you to know.” Mentally, you prepare yourself for a grand romantic statement. Instead, she follows it up with this: “Don’t have too much fun without me.”

It’s a messy sentiment, so bald-faced in its selfishness that I laughed out loud the first time I heard it. But that’s what makes it so relatable. And as Sullivan belts the song out, the meaning behind her words seeps in.

Sullivan has spent her entire career as an artist exploring love and heartbreak, and the messiness that comes with them, via song. “Bust Your Windows,” the first track off her debut album and one of her first big hits, is a campy revenge song in the “Before He Cheats” vein that still manages to tap into real emotional rawness. She’s a great vocalist, up there with the best working in her genre, but she distinguishes herself from her peers with her sharp writing and her talent at creating songs about love that feel truthful. And she really flexes that ability on “Heaux Tales,” a project that is as much a creative writing exercise as it is a collection of killer R&B tunes.

At an economical 32 minutes, “Heaux Tales” is short, but it’s the most ambitious project Sullivan has put her name on. The eight songs on the EP are complimented by a series of interludes in which various women, ranging from friends and family of Sullivan to R&B singer Ari Lennox, discuss their personal and complex relationships with their own sexualities. Sullivan uses these interviews as a prompt for her songwriting, exploring the sentiment and situations described from the perspective of her subject. “Lost One,” for example, directly follows the interlude “Rashida’s Tale,” where the titular woman describes how she cheated and hurt both her girlfriend and herself.

One of the effects of the tales’ conceit is, aside from the opener “Bodies” and the Lennox collab “On It,” there’s inherently a slight distance to the songs, an acknowledgment that Sullivan is singing from the perspective of others rather than from a personal place. What’s remarkable about the album, however, is how empathetic her writing is, and how she manages to embody the voices of vastly different women with vastly different perspectives. One of the monologues, “Precious’ Tale,” sees its subject discuss how she only gives attention and time to men who have money; it’s easy to imagine an artist playing a song from her point of view with an ironic, mocking edge, dismissing her as a gold digger. Instead, Sullivan’s song from Precious’ perspective, “The Other Side,” is warm and kind, understanding her preference as a personal choice informed by lived experience rather than a moral failing.

The various songs on “Heaux Tales” embody very different and oftentimes contradictory approaches to navigating modern sexuality. The practicality of “The Other Side” contrasts heavily with the euphoric bliss of “Put It Down,” a song about falling hard and crazy in love with a man who doesn’t deserve it. Many of the songs, such as the Anderson .Paak feature “Price Tags,” look at sex and hookups from a position of confidence. Conversely, the last monologue “Amanda’s Tale,” and the gorgeous H.E.R. duet “Girl Like Me” that accompanies it, explores how the modern dating world and the conflation of sex with power can easily breed insecurity. Sullivan doesn’t judge any of the women; she, and her album, understands that there are multiple ways to be a woman and a sexual being, and all of them are valid.

Whereas Sullivan’s previous work was big and theatrical, “Heaux Tales” is comparatively more downbeat and contemplative, aided by a production that certainly has a few flourishes but mostly serves to highlight Sullivan and her collaborators’ vocal ability. And while Sullivan has plenty of opportunity to showcase her big voice (the way she belts out the chorus of icy break-up song “Pick Up Your Feelings” gives me goosebumps), she’s slightly more restrained than she was on her previous albums. For the most part, she lets her writing and the lives of the women who serve as her muses do the talking, and that’s more than enough to make the album soar.

— Liner Notes: On “Róisín Machine,” Róisín Murphy is at her disco-queen best