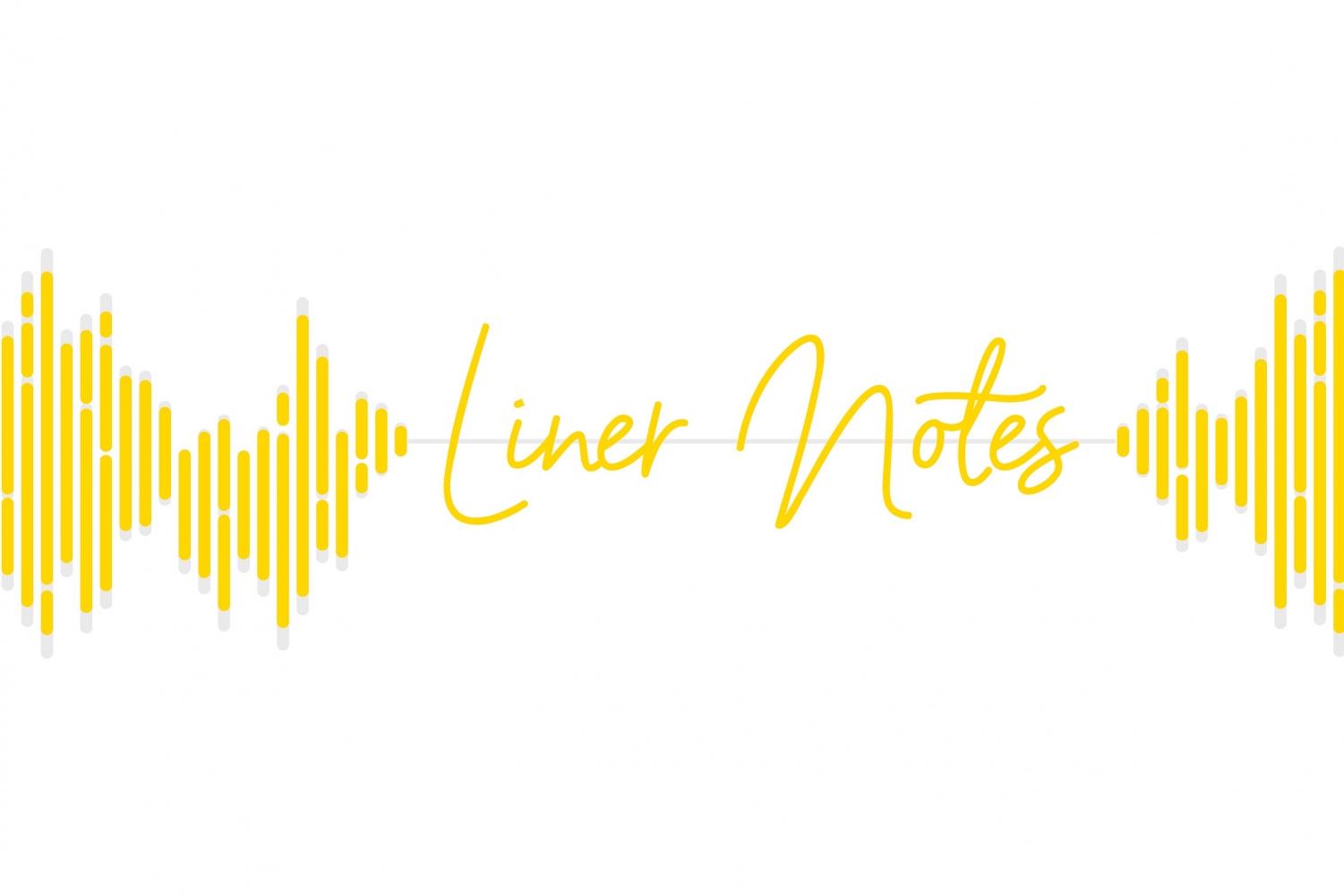 While the COVID-19 pandemic has completely uprooted almost every other creative industry, music for the most part has kept trucking along. Sure, there was an initial wave of delays at the beginning of the year when everyone was deluding themselves into thinking the pandemic was going to last a few weeks, and some promised projects now look like they’re not happening until next year (SZA, I need that new album. I’m begging you), but most of those albums eventually came out. What’s more, with prominent musicians suddenly finding themselves with ample free time, 2020 gave us many projects that probably wouldn’t have happened at all in any other circumstances, as artists began responding to the pandemic in real time.

This is a way too early list – Megan Thee Stallion is releasing an album quite literally the same week this gets published and I’m devastated that she didn’t think of me and put it out three days sooner – but after the dumpster fire that was the majority of the year, I felt like looking back at the albums that helped me through it. For me and many others, music was something of a lifeline during the pandemic, keeping me sane through the isolation, and it feels appropriate for my final Liner Notes column to reflect on the music that provided me with a pretty kickass soundtrack for a pretty terrible few months.

Here are my 10 favorite albums of 2020, the ones that helped me get through this cursed year, and the ones I’ll keep coming back to in the years to come.

Fetch the Bolt Cutters, Fiona Apple
“Fetch the Bolt Cutters” feels like a revelation no matter how many times you go back to it. Fiona Apple has always been one of our most talented living musicians, even if she takes her sweet time to drop her projects, but on her latest album, recorded almost entirely at her home in Venice Beach, she sounds more alive than she ever has. The album’s percussive, often DIY approach to production gives it a unique sound that’s all its own. And the raw anger of tracks like “Shameika” and “Under the Table” tap into a primal energy like few artists are capable of. The album is a lot of things – sad, funny, sweet – but what I keep coming back to is how stirring and oddly inspirational it is to see Apple so unrestrained, so defiant, and so free.

græ, Moses Sumney
Moses Sumney makes music that defies easy categorization, part soul and jazz and art-pop, and his songs are all about blurring boundaries and rejecting easy labels, of sex and race and gender and identity. On “græ,” an epic 20 song double album, he takes his search for self-actualization to meditative, thrilling places like the masochistic “Cut Me” or his rejection of stereotypical masculinity in “Virile.” Like the artist behind it, “græ” defies easy analysis and summing up, but that’s somewhat the point; the album’s message, as Sumney reflects on sour breakups and painful loneliness, is that only he can determine who he is, and all that he is.

Heaven to a Tortured Mind, Yves Tumor
Experimental electronic musician Yves Tumor’s previous work has been, to put it mildly, dense: rewarding, but often requiring a few listens to really get a feel for. “Heaven to a Tortured Mind” is…not that. From the opener, the clanging “Gospel for a New Century,” it’s an immediately likeable album, as Yves takes on the role of rock star sex god in the vein of Prince of David Bowie with aplomb, and injects their experimental ambient music with horns, guitar solos, and banging drums. What results is one of the most purely enjoyable listening experiences of the year, filled with absolute bangers that lodge in your head and refuse to leave.

How I’m Feeling Now, Charli XCX
2020 has seen plenty of albums recorded and released under the constraints of the pandemic, with superstars like Taylor Swift and Ariana Grande using their newly freed-up schedules to drop projects exploring their mindsets while in quarantine. Of these records, the best and the one that most captures what the past year has actually felt like belongs to Charli XCX, whose signature blend of sleek electro pop with jagged, messy emotions is perfect for capturing the loneliness of social distancing. In “How I’m Feeling Now” which she created in a six-week period collaborating with her fans, she reflects on her relationship with her current partner, her restlessness staying at home, and her struggles with mental health and anxiety, providing a snapshot of Spring 2020. But even as it captures a specific time, it’s an album that succeeds because of its universality: “forever,” about longing for someone you can’t be with, is both a song about this year and a timeless sad bop anyone could relate to.

It Is What It Is, Thundercat
Funk musician Thundercat is an endearingly silly figure, stuffing his albums with animé references and dedicating songs to his cat. He’s also an insanely talented musician, and on “It is What It Is,” he demonstrates that talent through a series of short jagged songs that move quickly but leave an enduring mark. His skills with the bass and as a producer are second to none, and every song on the album feels and sounds like something that could only come out of this artist’s idiosyncratic brain. There’s a lot of darkness in the album, with lyrics on songs titled “Existential Dread” exploring sorrow and mourning, but Thundercat also knows how to inject his work with lightness. “Dragonball Durag,” in particular, is a shot of pure concentrated joy at a time when we really need more of that particular emotion.

Set My Heart On Fire Immediately, Perfume Genius
Although he’s pushing 40, there’s a boyishness to Mike Hadreas that has seeped into his work as indie rocker Perfume Genius; all of his previous albums have felt like the work of someone much younger, still growing and figuring himself out. “Set My Heart On Fire Immediately” feels like the first album where Hadreas is fully an adult, and it’s a transformation that has done wonders for his already impressive skills as a musician. On this latest album, he explores the same material he’s always been fascinated by – queer love, longing, and the fragility of the human body – but from the perspective of someone a little older and wiser, looking back wistfully on one-sided crushes and failed hookups and looking forward as he ages. And he compliments his lyrics with an immaculate production that jumps between dance pop, grungy rock and delicate ballads with the ease and confidence of any master musician.

songs and instrumentals, Adrianne Lenker
This is somewhat cheating, as these are technically two seperate albums released simultaneously by the frontman of the great folk rock act Big Thief. But they’re both the product of the same recording session, when Lenker retreated to a cabin in the woods following a bad breakup and hashed out the material over the course of April, and the two work beautifully together as a portrait of Lenker’s mental state and surroundings at that specific moment. “songs” is the more accessible of the pair, a collection of gorgeously constructed guitar ballads that feel like they’re being performed live in front of you. “instrumentals” is a bit of a tougher hang, two sprawling ambient tracks collecting choice moments from extended improv takes Lenker did during her recording sessions. But it’s an album that rewards patience, and listening to the rain pouring and the birds chirping outside of Lenker’s cabin on “music for indigo” is an immersive experience like nothing else.

Suga, Megan Thee Stallion
At some point in the past year, Megan Thee Stallion went from promising up-and-comer to bona fide rap star. It’s difficult to pinpoint exactly where this transition happened –– the Beyoncé “Savage” remix? Her song-stealing verses on Cardi B’s “WAP?” –– but it’s easy to understand why: in terms of raw talent, Megan is arguably the single best rapper working today, and this year’s EP “Suga” is an excellent showcase for her jaw-dropping abilities. On tracks like “Captain Hook,” her flow, delivery and pure confidence is top-tier, putting her contemporaries to shame and showing her audience exactly why she’s risen so high so quickly. And with a new album dropping literally the day this gets published, that astonishing rise seems set to keep going.

Ungodly Hour, Chloe X Halle
Sibling duo Chloe and Halle Bailey’s pure talent has been evident for a while now, from their debut album “The Kids are Alright” to their charming acting work on Freeform’s “Grown-ish,” but “Ungodly Hour” represents a serious level up for the pair. The two possess rich, gorgeous voices that are excellent on their own but pure brilliance when they’re harmonizing together. They’re in tip top shape throughout, and they also show immense talent as producers as well; Chloe’s work on album highlights like “Baby Girl” or “Tipsy” evoke the best of past R&B music while forging an identity all their own. On the title track, a gorgeous anthem of self-respect, they show a confidence and maturity that demonstrates exactly how they’ve transitioned from teen stardom to adulthood as smoothly and as impressively as any artist before them.

What’s Your Pleasure?, Jessie Ware
Disco as a genre is officially cool again, with the 2020 charts featuring plenty of pop songs openly cribbing from 70s dance hits. None were as fantastic as Jessie Ware’s “What’s Your Pleasure?,” which mines a very specific period of late ‘70s/early ‘80s post-disco music to create a collection of loose, frenetic and killer dance jams. Ware’s vocals, from the opening bars of “Spotlight,” sound effortless, adding an ease to the sensual, sexy songs that in the hands of lesser performers could sound like they’re trying too hard. And in the astonishingly good final track, “Remember Where You Are,” perhaps my favorite song of the year, she captures the stress and anxiety of living through modern times, but also finds the strength to keep going, and keep dancing, as the world catches on fire.