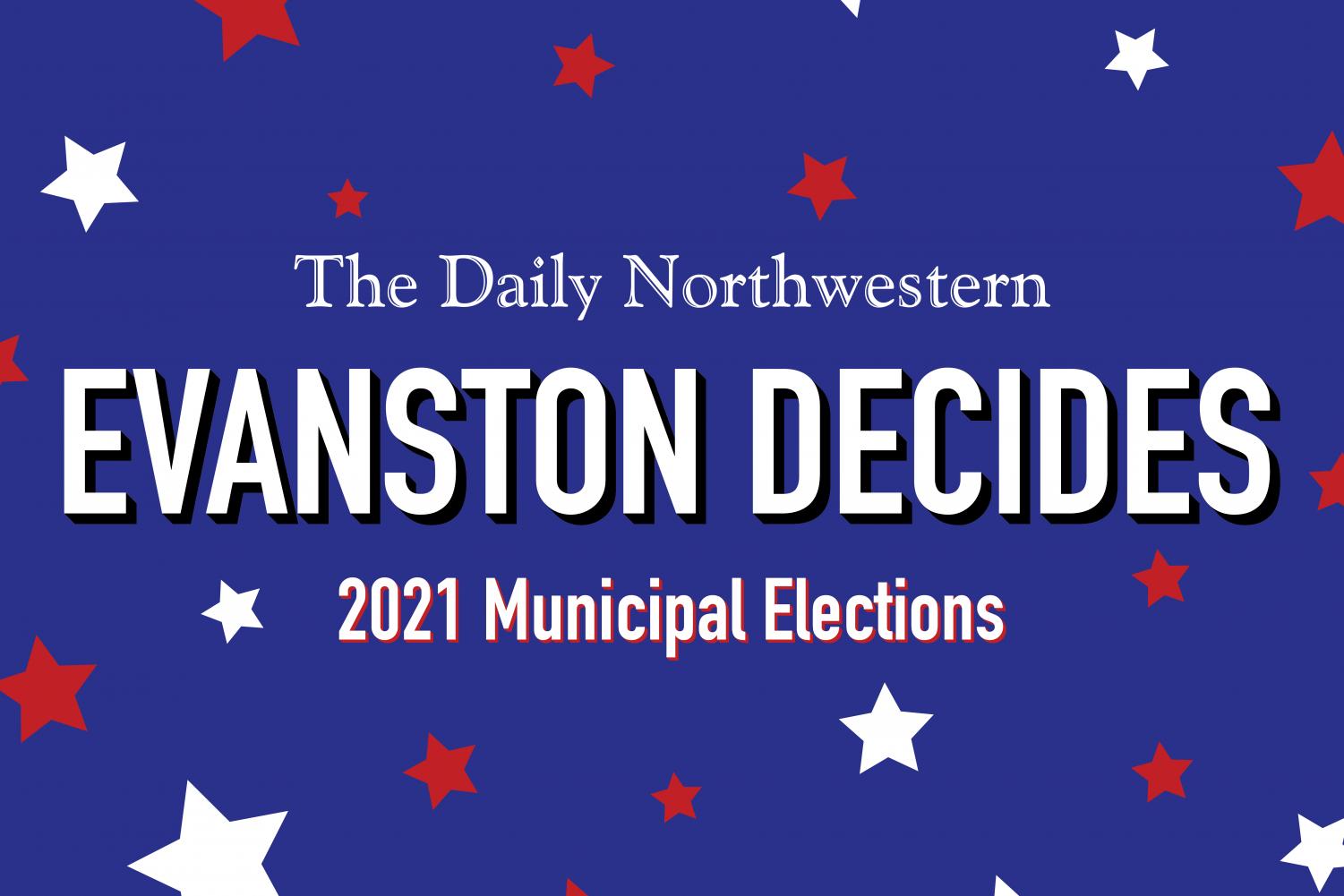 The three Evanston mayoral candidates faced off in a virtual debate Tuesday night. Daniel Biss, who has secured endorsements from seven of nine City Council members, defended his record as a state legislator. (Daily file illustration by Jacob Fulton)

The three Evanston mayoral candidates faced off in a virtual debate Tuesday night. Daniel Biss, who has secured endorsements from seven of nine City Council members, defended his record as a state legislator.

The filing period for Evanston’s 2021 municipal elections opened on Monday, Nov. 16 and continues through Monday, Nov. 23. Candidates can file to run for any of the nine aldermanic slots, as well as the roles of Mayor and City Clerk. This page will be updated daily with the most recent list of confirmed candidates, as well as short biographies of each person.

Daniel Biss: Former State Sen. Daniel Biss announced his intent to run for Mayor of Evanston in September. He has previously served in the Illinois State Senate for six years, and in 2018, he launched a failed bid for the Illinois Democratic gubernatorial nomination, coming in second to Gov. J.B. Pritzker, who went on to win the race. Biss has lived in Evanston for 14 years and said he hopes to continue enacting progressive policies across the city.

Lori Keenan: Lori Keenan, an Evanston resident and activist, announced her campaign for Mayor in early November. Keenan, a 22-year resident of the city, is currently serving as the principal of an Evanston-based marketing firm. Keenan has said one of her main priorities in the role is to preserve Evanston’s affordability and uniqueness through the city’s planning and development capabilities.

Sebastian Nalls: Sebastian Nalls, a 2018 Evanston Township High School graduate, plans to run for Mayor with a platform focused on community-building. Nalls has volunteered with the city’s Parks and Recreation department for the past six summers, including leading two of the department’s summer programs the past two years. Now a student at Purdue University, he has committed to moving back to Evanston to ensure community engagement if elected.

Jane Grover: Former Ald. Jane Grover (7th) served two terms on City Council, starting in 2009. Her second term was cut short as she resigned from her position to take on a role at the Chicago Metropolitan Agency for Planning. During her time on City Council, she most notably spearheaded a ban on hands-free cell phone technology while driving.

Stephanie Mendoza: Stephanie Mendoza is a community organizer, and has primarily worked with the city’s Latino and undocumented communities. Recently, Mendoza has been a champion of a proposed aid fund for undocumented residents, and she has previously worked on multiple political campaigns.

Judy Fiske: Ald. Judy Fiske (1st) is the incumbent candidate for the position, and is running for a fourth term. Fiske has served the ward since 2009, and has most recently prompted discussion of a potential city-wide ban on outdoor drinking games. During her last campaign, she ran on a platform that highlighted communication with residents.

Clare Kelly: Clare Kelly, a longtime 1st Ward resident, is currently a teacher at Evanston Township High School. Outside the classroom, Kelly has been politically active in city politics, remaining a vocal member of the community on a variety of issues, including debates on the Harley Clarke Mansion and the Robert Crown Community Center.

Peter Braithwaite: Ald. Peter Braithwaite (2nd) is running for reelection, after running unopposed in 2017. Braithwaite grew up in Evanston, and is currently raising his family in the city. He has committed his support for defunding Evanston Police Department, and came under fire in the summer of 2019 for potential ethics violations after a conflict with residents at a City Council meeting, though the violations were eventually dismissed.

Darlene Cannon: Darlene Cannon, a 2nd Ward resident, has been active in community issues, such as development discussions, debates about the future of the Harley Clarke Mansion and the city manager selection process. In her campaign announcement, Cannon said she plans to prioritize the city’s marginalized communities if elected to the role.

Nicholas Korzeniowski: Nicholas Korzeniowski,  a 3rd Ward candidate, has lived in Evanston for over a decade. He has previously worked with Indivisible Evanston and the Southeast Evanston Association for a variety of causes, and ran for the Evanston/Skokie School District 65 Board in 2017. Korzeniowski will focus on equity and transparency in his campaign.

Melissa Wynne: Ald. Melissa Wynne (3rd) has served on City Council since 1998, and previously served on the city’s Environment Board. If elected, Wynne would serve a seventh term on City Council. In her candidacy announcement, she said her priorities will be ensuring equity and rebuilding the city’s economy through financially sound budget planning.

Diane Goldring: Diane Goldring, an Evanston native, has been involved in volunteer work in the community for years. She has emphasized the importance of accountability in her campaign, and said she is a supporter of participatory democracy. If elected, Goldring will prioritize human and social services within the city budget, and hopes to address the city’s affordable housing shortage.

Jonathan Nieuwsma: Jonathan Nieuwsma, a former president of Citizens’ Greener Evanston, has worked in the renewable energy sector and advocated for environmental consciousness for years. Nieuwsma has also served on the Evanston Utilities Commission.

Donald Wilson: Ald. Donald Wilson (4th) has served on City Council representing the 4th Ward since 2009. Wilson, who is running for a fourth term, has previously served on the Zoning Board of Appeals and is a self-described active member of the community. Wilson said one of his campaign’s priorities is rebuilding the city’s economy amid COVID-19.

Bobby Burns: Bobby Burns, a longtime 5th Ward resident, is running to fill the seat vacated by Ald. Robin Rue Simmons (5th) after she announced she did not plan to run for a second term. Burns, a community organizer and former interim deputy city clerk, said he wants to focus on the needs of the residents of the 5th Ward, and rebuild the ward’s housing and investments.

Carolyn Murray: Carolyn Murray, a gun control activist and former Navy veteran, plans to bring transparency to the 5th Ward and City Council if elected. Murray plans to focus on issues like police brutality and workplace development, while also addressing what she sees as division within city government. Additionally, she hopes to remain accessible for residents to communicate their concerns.

Thomas Suffredin: Ald. Thomas Suffredin (6th), a lifelong Evanston resident, is running for re-election to represent the 6th Ward. If elected, the incumbent will prioritize open communication, as well as public service programs such as traffic control, rodent control and lawn services.

Katie Trippi: Katie Trippi, an ETHS graduate, is currently serving as the Camp Echo Alumni and Development Director at McGaw YMCA in Evanston. Trippi has supported community and arts development through her time working through the YMCA.

Eleanor Revelle: Ald. Eleanor Revelle (7th) has lived in Evanston for 42 years, and the 7th Ward for 12 years. Revelle is running for reelection for a third term after initially being appointed in 2016 to the vacancy Grover left when she resigned from City Council. Revelle has also served as president of both the Evanston and Illinois branches of the League of Women Voters, and as a founding board member and president of Citizens’ Greener Evanston.

Mary Rosinski: Mary Rosinski is an Evanston resident and realtor. Rosinski has been active on multiple community issues, including the debate surrounding the Harley Clarke Mansion and the Robert Crown Community Center.

Matthew Mitchell: Matthew Mitchell, an attorney and current commissioner of the Ridgeville Park District, is challenging incumbent Ann Rainey to represent the 8th Ward. Mitchell has served in multiple citizen oversight roles to hold EPD accountable. Mitchell said he wants to be a progressive voice on City Council.

Ann Rainey: Ald. Ann Rainey (8th) has represented the 8th Ward on City Council since 1997, and is currently running for her eighth term. In the 2017 election, Rainey narrowly won against her challenger, Rob Bady. In recent months, Rainey has come under fire from some Evanston residents for her stance against defunding EPD or decreasing its budget; however, she told The Daily she believes the majority of her residents oppose defunding.

Devon Reid: City Clerk Devon Reid is running to unseat Rainey in the 8th Ward as well. Reid is campaigning on a platform of change, and plans to focus on transparency in government, as well as affordable housing, if elected. He especially wants to see transparency in EPD, and will push to reimagine policing within the city.

Cicely Fleming: Ald. Cicely Fleming (9th) is running unopposed in the spring as the incumbent candidate. She’s running for her second term after spending time as a founding member of the Organization for Positive Action and Leadership, as well as a past PTA President. In her next term, Fleming plans to commit to fiscal responsibility within the city.

If candidates or campaigns are interested in sharing more information to potentially be included in their biographies, they can reach out to [email protected] to pass along details.

— Rue Simmons announces she will not seek a second term