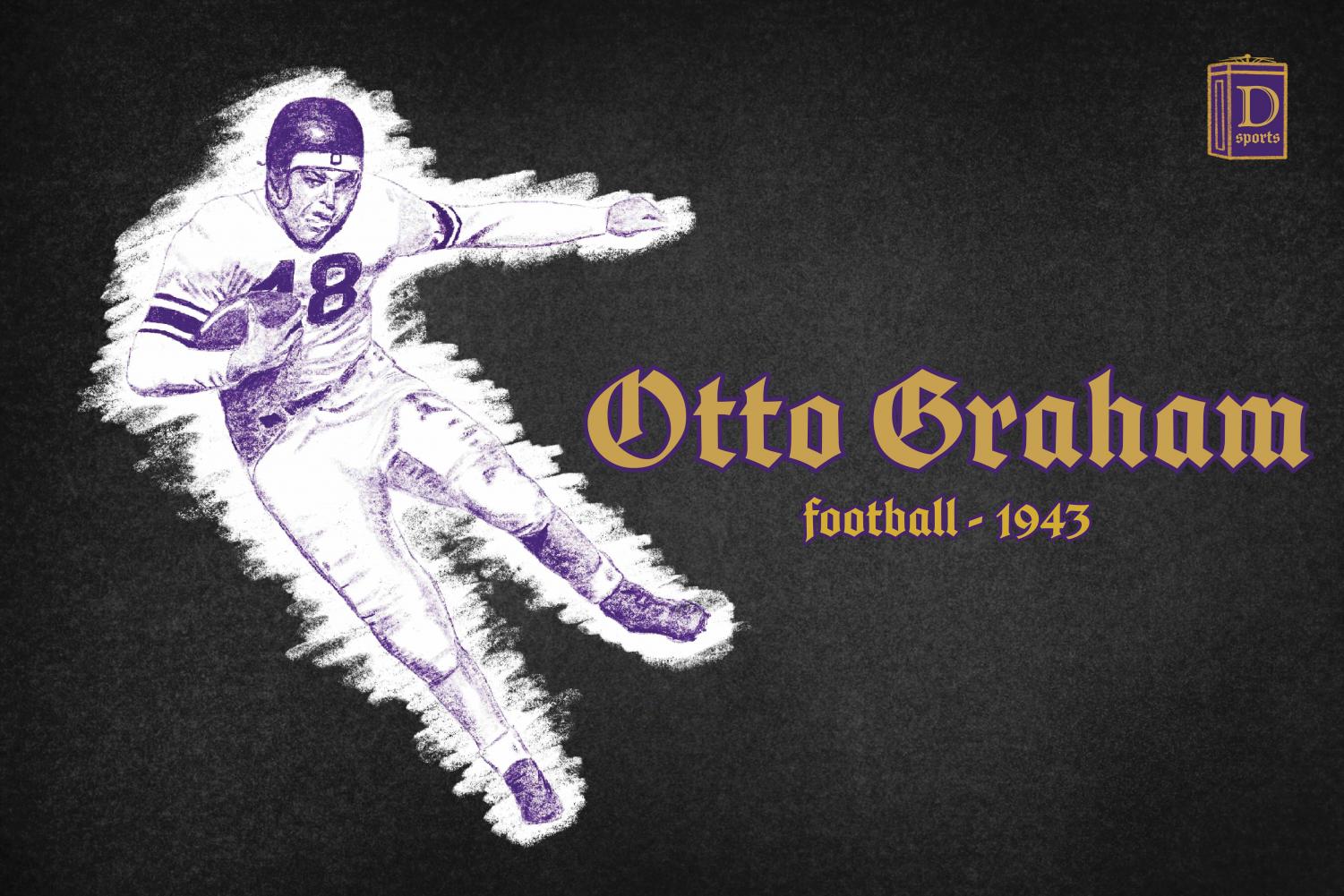 Following an early interception, Graham scampered in from 17 yards out for a touchdown, and kicked the PAT. After a Wildcats stop on defense, Graham received the ensuing punt and returned it 42 yards. Just a few players later, he dashed in from 27 yards for his second score. Once again, he nailed the kick after. When NU got the ball back at the Badger 47, Graham rushed for 23 yards, passed for 16 yards and ended the drive with another rushing score and PAT.

The first quarter wasn’t yet finished, and the Cats had 21 points — all thanks to the Waukegan native. Graham would sit the second quarter before returning in the third. He dominated the third quarter just like he had the first, returning a punt 55 yards to the house and tossing a touchdown pass from seven yards out. He sat the fourth quarter, finishing his day with five touchdowns in less than 30 minutes.

A truly spectacular performance, but spectacular was just a normal day for Graham. For many Cats fans, the discussion of best NU athlete usually starts — and ends — with the electric and historic Graham.

Graham was a Renaissance man. He played five instruments, with the french horn being his speciality — he was the Illinois state champ in the instrument in high school. He played three sports at Northwestern, and was an All-American in football and basketball.

Choosing Graham as a player to go back in time and watch is a no brainer. Selecting which year to watch him is more difficult than walking along the Lakefill in a blizzard. He was a star in all three sports he played, but you want to see the best at their best, and that meant the trip had to revolve around Graham’s best season in a football uniform.

He played three seasons with the Cats from 1941-1943, and all of them were impressive. In 1941, Graham opened his career by shaking-and-baking through a Kansas State defense for a 94-yard punt return touchdown, and later tossed two scores against an undefeated Ohio State in an NU classic. In 1942, he set the Big Ten record for pass completions in a season.

Graham led NU to a No. 9 ranking in the final poll of the season. He won the Chicago Tribune’s Silver Football as the best player in the Big Ten. He finished third in the Heisman Trophy voting behind winner Angelo Bertelli of Notre Dame and Penn’s Bob Odell. He earned first team All-American honors from the Associated Press.

“Automatic Otto” was a swiss-army knife. He was the best passer in the sport — he would finish the season as the Big Ten’s all-time leader in pass competitions. He was a ruthless and agile runner. He was a ballhawking defender. He returned kicks and punts. He averaged a solid 38 yards per punt. He even kicked PATs.

And while the Wisconsin game marked Graham’s standout performance that season, he was the best player on the field in almost every game he played. Against a ranked Great Lakes outfit, Graham returned an interception for a touchdown and rushed the ball for 109 yards on 12 carries.

In a 42-6 rout of Minnesota, Graham tossed a 50-yard touchdown and picked apart the Golden Gopher defense. He rushed for two touchdowns and threw for another in a blowout victory over Illinois. Even in a loss to No. 1 and eventual national champion Notre Dame, Graham managed to intercept future Hesiman winner Johnny Lujack twice.

Plus, Graham participated in a college All-Star Game before the season at Dyche Stadium against the NFL’s Washington Redskins. And, naturally, he shined. He intercepted Hall of Famer Sammy Baugh at the All-Stars’ 3-yard line, evaded two defenders and sprinted 97 yards for a dazzling touchdown. Graham also played a key role on offense, punted and kicked a PAT as the College All-Stars won 27-7.

In the pantheon of individual football seasons by NU players, it is tough to top this one.

With the selection of the 1943 football season, that means we can choose the 1943 calendar year or 1943-44 academic year, with the calendar year being more exciting.

Of his time in a baseball uniform, the 1943 season was the one with the least amount of team success. With Graham as the starting third baseman, NU went 1-10 after finishing the previous season over .500. But, you aren’t traveling back in time to see Graham to complain about a poor baseball season if you see his 1943 football campaign. He was a career .300 hitter, so you were going to see him perform no matter what.

And his 1942-43 basketball season was no joke. He finished second in the conference in scoring and second in the voting for the WGN Big Ten Most Valuable Player award. He was also the only non-Illinois player on the All-Big Ten First Team.

He starred in both NU wins and losses. In an electric 67-65 loss to Wisconsin — which happened to be the highest scoring game in Big Ten history at the time — Graham scored 17 points and played the entire game. Against Purdue at the historic Chicago Stadium, he dropped a game-high 21 points. He played every second of an OT victory over the Badgers. In a loss to Michigan, he nailed 11 free throws and had a game-high 19 points.

There’s no wrong answer with Graham. No matter what seasons I choose, I’d be destined to watch greatness. But the 1943 calendar year has the best combination of standout performances and overall dominance.

And hopefully I’d get to see him play some tunes on the french horn too.