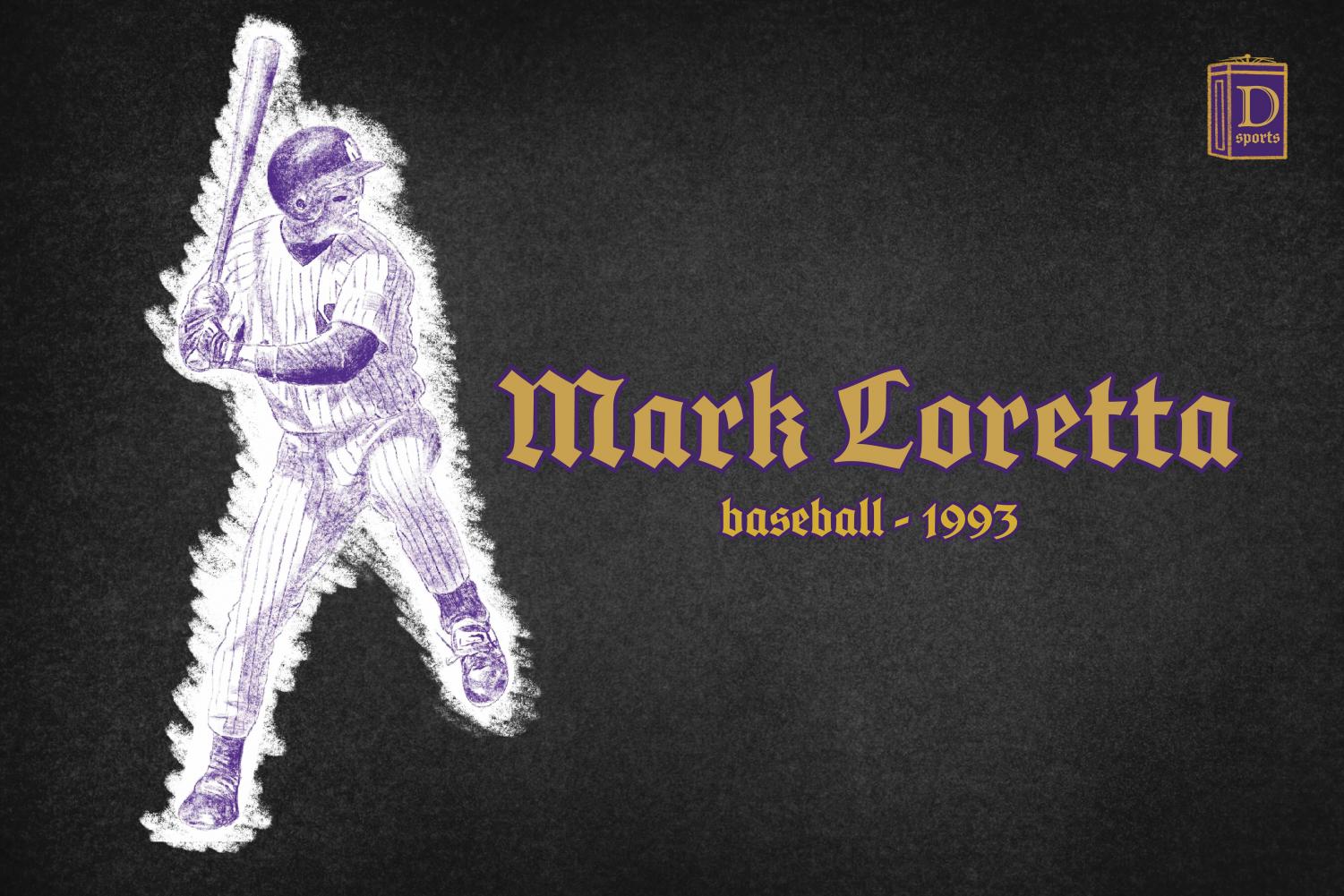 What do Jason Varitek, Mark Loretta and Paul Lo Duca all have in common?

For one, they all had successful careers in Major League Baseball, playing for at least 10 seasons and making at least two All-Star games. But they also have another accomplishment that ties them together.

Before making it to the big leagues, the three were named first-team NCAA All-Americans in 1993 by the American Baseball Coaches Association, Baseball America and Collegiate Baseball.

While it’s an extraordinary honor for anyone to be named an All-American, Loretta’s selection in 1993 was a particularly special one for Northwestern.

Varitek went to Georgia Tech, which had four All-Americans before him. He had also been named an All-American the year before and would be named one the next year. At Arizona State, first-team All-Americans pretty much grow on trees. Lo Duca wasn’t even the only Sun Devil who made the first team just that year.

With a spot on the 1993 first-team All-American team, Loretta became the first — and only — first-team All-American in Wildcats history. En route to the 1993 Big Ten Player of the Year Award, Loretta helped shoulder the load as the Cats won 15 conference games and finished fifth in the conference. NU’s baseball program has had a lot of great players and seasons, but this one, in my opinion, is the greatest of them all.

Loretta was a solid contributor for NU as a sophomore and a junior, earning third-team All-Big Ten honors 1991 and 1992. After leading the team in runs scored as a junior and ranking second in hits and doubles, Loretta had high expectations for his final season — and so did his teammates.

“(Loretta) is by far the best baseball player that I have ever played with or against,” star pitcher Brian Cummins told The Daily in 1993. “He’s so smooth, he hits the ball hard, he’s clutch.”

The team started off the season slow, going 2-8 in its first 10 games. But as NU found its rhythm, Loretta elevated his game to even greater heights.

Batting leadoff for the Cats, Loretta could do no wrong at the plate, even finding ways to correct the messes he had started. In an April 13 rivalry game against Illinois-Chicago with NU up 5-3 in the top of the ninth, Loretta came in to pitch with two outs and two runners on base. With a chance to close out the game, Loretta gave up a two-run single that allowed UIC to even the score.

But, as he would many times throughout the season with his bat, Loretta came through in the clutch. In the bottom of the 10th inning, Loretta crushed a game-winning double, his third hit of the game, to clean up his self-created mess.

By the next weekend, Loretta had extended his hitting streak to 18 games against Valparaiso, increased his batting average to .390 and nabbed three bases in the span of three games. For the season, Loretta stole 20 bases and only got caught twice.

Although his hitting streak ended at 20 games, Loretta turned up his play toward the end of the season. In four games against Minnesota, the Cats’ shortstop went 6-for-14. Against Notre Dame, NU was crushed 10-1, but Loretta collected three of NU’s seven hits that game.

“Every time we needed a big run and Mark came up, everybody knew he would get a hit,” center fielder Matt Huff told The Daily at the time. “It was just so rare he was unsuccessful. I don’t think there’s a better player in the Big Ten.”

If there was any doubt as to who the best player in the Big Ten was, his final weekend as a collegiate player dissolved it. In four games against Iowa, Loretta went 7-for-11, including two game-winning home runs — a two-run blast in Game 2 and a grand slam in Game 4.

By the end of the season, Loretta led the team in almost every notable statistical category with a .408 batting average, 38 runs scored, 75 hits, 12 doubles and six triples. In NU history, his 1993 batting average ranks third, his hits rank seventh and his triples rank second.

But even Loretta couldn’t believe it when his coach, Paul Stevens, told him he was Big Ten Player of the Year.

“When he said that, I told him to shut up,” Loretta told The Daily at the time. “But then it started to sink in. It’s a great honor.”

There have been many great seasons in the Cats’ history, but Loretta was a truly special one for the baseball program. Before he made a splash in MLB, it would have been a treat to watch Loretta spray line drives in the Big Ten.