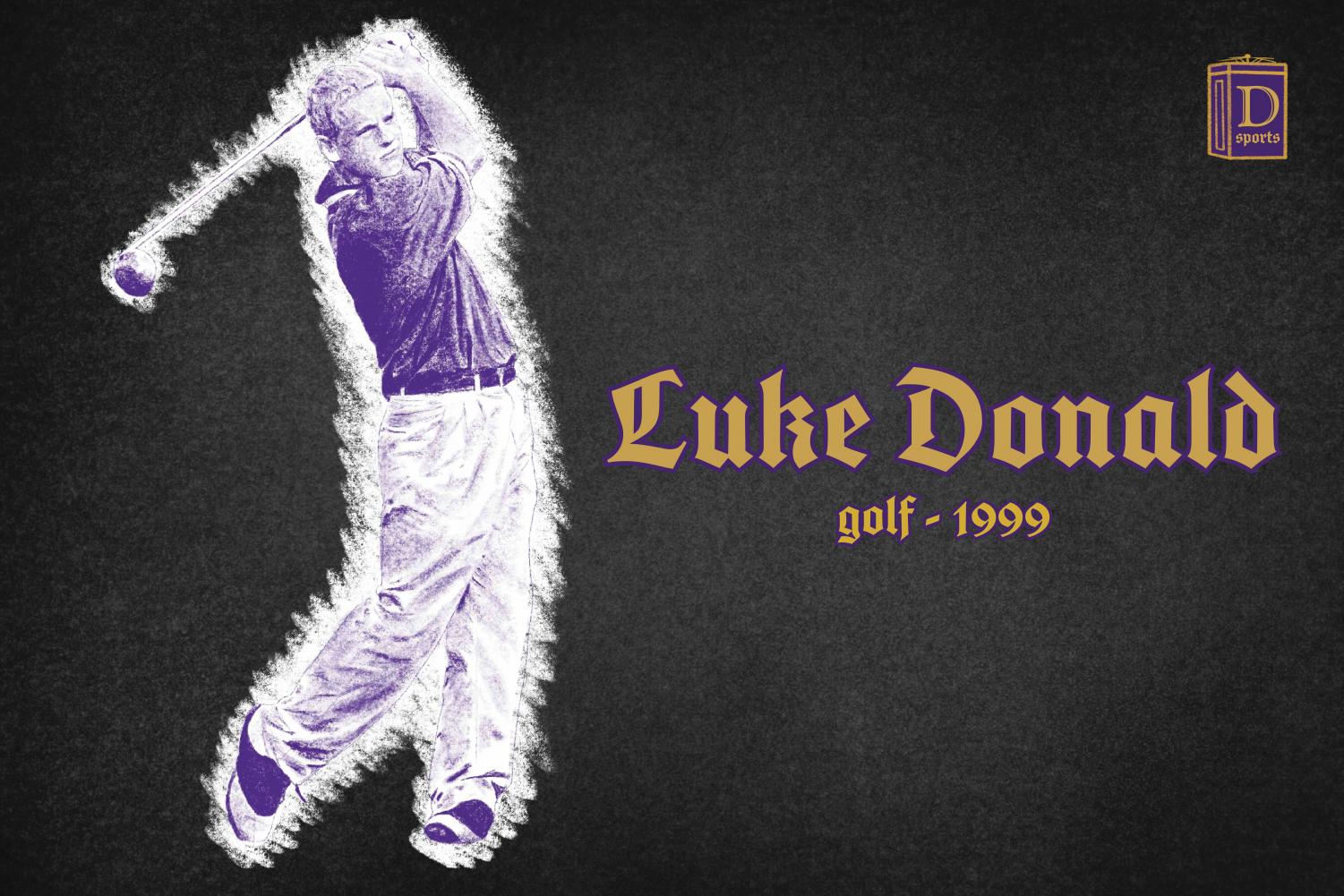 Luke Donald wasn’t your typical Northwestern athlete. Donald, who initially wanted to play golf at Stanford like his idol Tiger Woods, ended up at Northwestern, where he broke the collegiate record for lowest stroke average in the 1999 season — beating even Tiger’s numbers.

That season was a memorable one for Donald and the Wildcats. As a sophomore, Donald was named the 1999 NCAA Golfer of the Year and the NCAA individual champion. NU won the first of three consecutive Big Ten titles.

He grew as a leader over the course of the final years of his collegiate career, especially as a senior in 2001, when the vast majority of an established roster graduated, leaving a team of untested youngsters. Donald, bolstered by a roster which included Chris Thayer, Scott Harrington and Tom Johnson, helped the Cats stay on top.

At the beginning of the 2001 season, Donald talked about a desire not only for individual and team success, but to grow a motley crew of golfers into collegiate superstars.

“Starting this year, I’ve tried to be more of a leader,” Donald told The Daily at the time. “I’m not the most outgoing person, but I’ve definitely gotten to be more outgoing in the past year. I’ve tried to speak up more, just talking to them, giving them props for doing well.”
He led by example — putting up top-10 performances in the spring season’s first two tournaments, the Mercedes-Benz Collegiate Classic and the NCAA Puerto Rico Classic. At the Ford Collegiate Championships that April, Donald took home the top prize.

In the nationally televised event, Donald improved with each round. Starting with scores of 70 and 67, Donald came up with a personal best, seven-under 65 to claim a come-from-behind tournament victory, his 10th career title at the collegiate level.

In the end, four years of collegiate golf saw Donald take home 13 tournament medals, three Big Ten Player of the Year awards and four All-American honors. He turned pro in August 2001, and became just the 11th rookie in PGA history to win over $1 million in his first year of professional play. The England native featured for Europe in the 2004 and 2006 Ryder Cup tournaments, and has compiled a combined 17 professional wins in his career, five of which came on the PGA Tour.

In 2006, Northwestern unveiled the Luke Donald Outdoor Practice Facility in Glenview. Donald made the largest donation for the course, which has served as the practice setting for NU’s golf academy ever since.

Now, in the COVID-19 era, Donald has taken to teaching, serving as a virtual instructor of the game by filming short golf lessons and uploading them to his Twitter and Instagram accounts. One of Northwestern’s best ever now helps to grow the game that took him global.