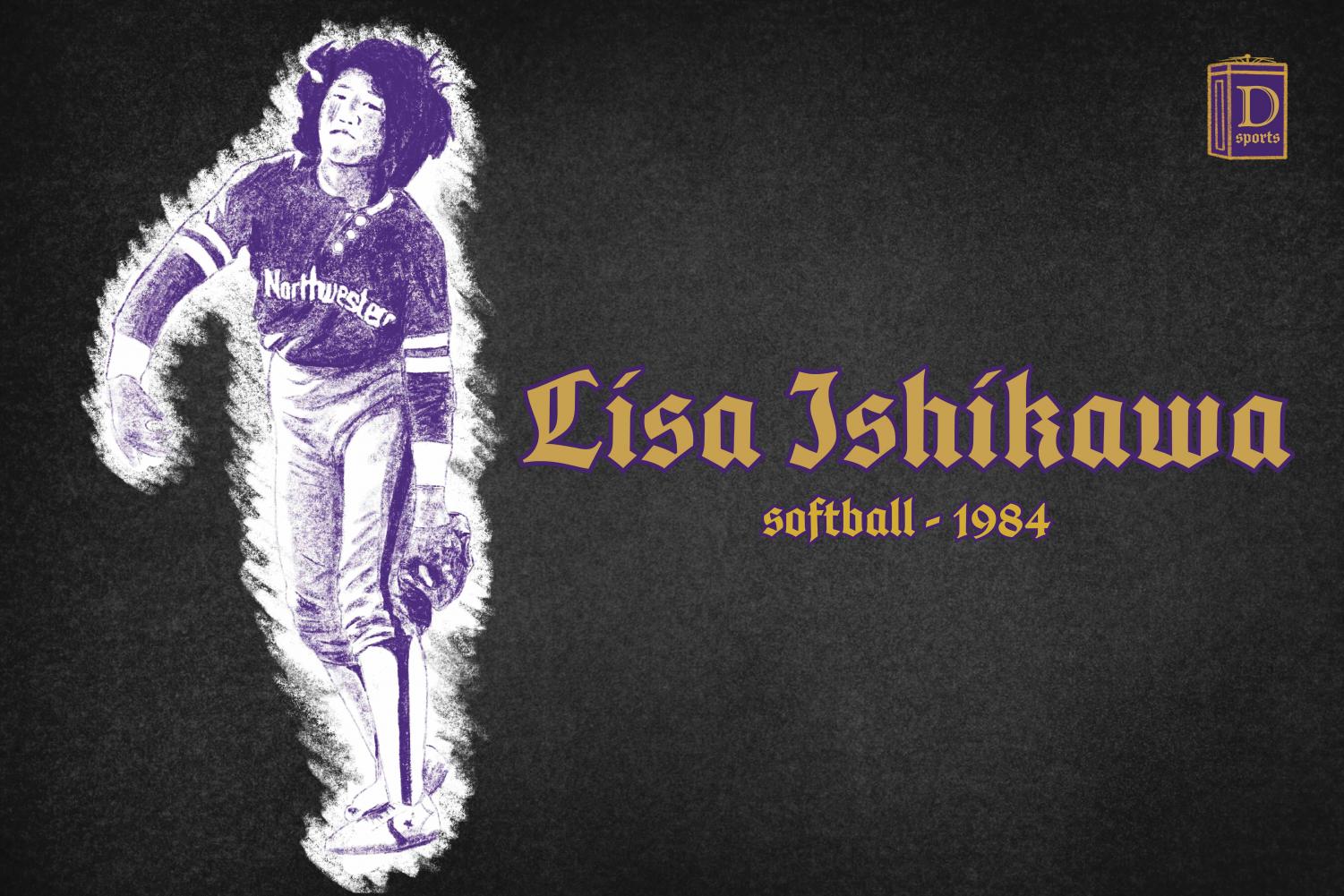 Lisa Ishikawa was not solely responsible for putting Northwestern softball on the map. The Wildcats had already won the inaugural Big Ten Tournament in 1982 after coach Sharon Drysdale had taken a program in its infancy and lifted it to respectability.

But NU needed a transcendent talent, someone to take the program to heights not reached by a Midwestern school in a sport where nearly all the top programs were in sun-soaked California.

That talent, fittingly enough, came from the Golden State. Ishikawa, a native of Stockton, Calif., led the Cats to four consecutive Big Ten titles and three straight trips to the Women’s College World Series, compiling some truly mind-boggling numbers along the way.

She threw 54 shutouts and a whopping 14 no-hitters. She still holds NU’s all-time records for wins with 97, strikeouts with 1,200 and an incredible ERA of 0.47. Considering all her accomplishments, it’s difficult to choose just one season for this exercise. But what Ishikawa did as a freshman in 1984 deserves special attention.

The right-hander was 33-7 that year with a 0.46 ERA. NU’s other primary pitcher, Cathy Tawse, sustained a season-ending injury during a Spring Break trip in late March, meaning Ishikawa was tasked with pitching just about every game the rest of the way. She tried to lead the Cats to the top of the Big Ten after a second-place finish in 1983.

Ishikawa did all of that and more. Her first of five no-hitters in 1984 came on April 3 against Nicholls State, but she was just getting started — she threw no-no’s in two consecutive starts in late April, including a perfect game against Michigan State.

The perfecto was the first in Big Ten history, but even Ishikawa didn’t seem to realize her accomplishment in the moment — she told The Daily that day that she didn’t pay attention to the fact that she had allowed no hits or walks during the game. She simply said of the Spartans’ hitters, “they were trying too hard. They were trying to hit the ball over the fence and they would take their eye off the ball.”

It should be noted that softball then looked a lot different than it does today — the pitcher’s circle was closer to home plate and the bats were heavier. But even in an era where pitchers tended to dominate, Ishikawa shined among the brightest.

And she shined all the way through the postseason, leading the Cats to their first-ever World Series appearance. After clinching the Big Ten title on May 11 against Michigan — with Ishikawa striking out 16 in a 2-1 win — NU defeated Western Michigan two games to one in the NCAA Mideast Regionals.

Ishikawa was pitching through tendinitis in her throwing arm during the series, necessitating her to throw more changeups instead of her signature rise ball. After winning the first game, she allowed the Broncos to score twice in the seventh inning to steal a 2-1 win in Game 2, and was extremely critical of her performance.

“I cried,” she told The Daily at the time. “I couldn’t believe I let them hit those balls.”

But the young superstar came back later that day to win Game 3, raising her record to 31-5 as the Cats claimed a 3-1 victory.

In Omaha, Nebraska, which hosted the NCAA softball championship at the time, Ishikawa nearly willed NU to the national title game. She beat Adelphi 1-0 in the first round, then took eventual champion UCLA to nine innings in a 1-0 loss in the second round.

She picked up a 3-0, eight-inning win over Fresno State in an elimination game to send the Cats to the semifinals, where they lost a grueling, 1-0 heartbreaker in 13 innings to defending national champion Texas A&M. Ishikawa took a perfect game into extra innings before she and NU ultimately fell just short.

Ishikawa led the Cats back to Omaha in 1985 and ’86, but they never got quite as far as they had in that first run. The heights Ishikawa took NU to as a freshman would not be reached again until 2006, when the Cats made their first and only appearance in the national championship series.

But 1984 was the year Northwestern officially arrived and became a recognizable softball brand. Those Cats proved that a Big Ten team could fight tooth and nail with the sport’s West Coast powers. They just needed a big lift from a West Coast pitcher to help them do it.