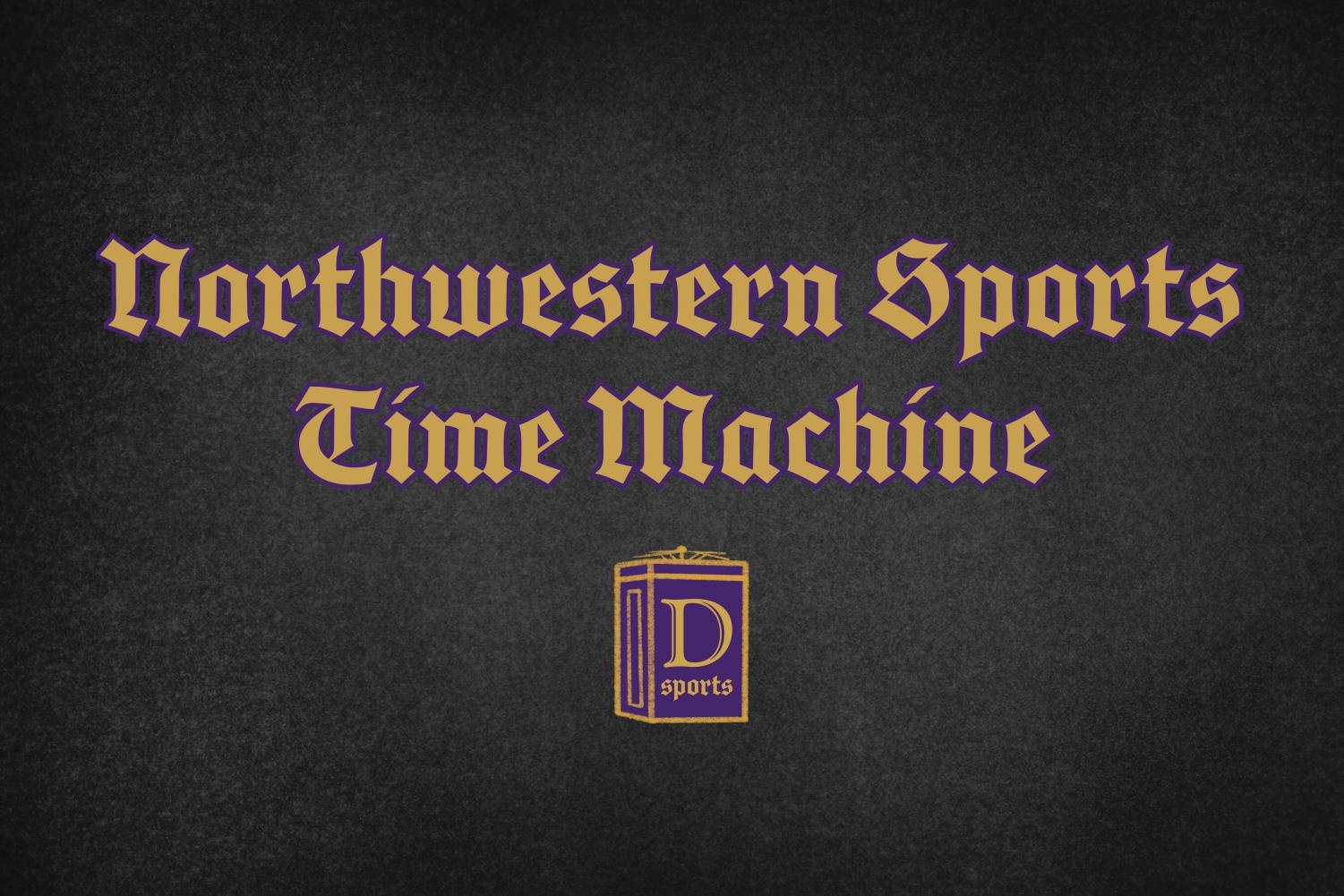 Last July, The Athletic’s Grant Brisbee wrote a column entitled “Baseball Time Machine: 20 individual seasons worth going back in time to see” in The Athletic. In the article, Brisbee laments that he was unable to see some of the best baseball players in their prime.

“So I’ve built a time machine,” Brisbee writes in the column. “Don’t ask about the technical details — it’s complicated — but I can go back in time to watch any player I want. The catch is that it has only enough juice for 20 trips, and I can only stay a few months, which means I’m limited to a single season. There are only 20 baseball players I can go back to watch.”

It was one of my favorite things I read over the summer, and I immediately thought of doing my own condensed list with Northwestern athletes. Players started bouncing through my brain like a handful of basketballs dropped on a hardwood floor. The idea stayed in the back of my head for months.

Originally, the plan was for this to be one or two columns, with each season getting at most a couple of paragraphs. But, after talking about the concept with friends at The Daily, we decided to make it a collaborative, multi-story effort. A group of us have written stories about the players who we would have loved to see perform in their primes. These players stretch back all the way to the early 1920s and cover a wide range of sports.

Most of the rules we have set for ourselves are the same as for Brisbee’s experiment. The writer can go back and watch any Northwestern athlete they want, and it can be for only one season.

In addition, if the athlete performed in the Olympics, non-NCAA national championships, world championships or college All-Star games during their time in Evanston, those events were allowed to be included.

Each writer had their own criteria for deciding which seasons to choose. For me, the most important thing was the nature of the season. If someone won awards, had otherworldly numbers or was an individual champion, it put them right in my wheelhouse. The other big criterion was the player. While watching a little-known player putting up insane performances would be cool, watching a well-known name do great things would be even better.

Making this list was difficult, and it is not perfect. There are going to be many great seasons and great athletes left off the list. But, hopefully during this time without sports, these vignettes can remind us of how fun it is to watch athletes perform at their best.

Click here to view all of our selections on an interactive timeline. We hope you enjoy it.