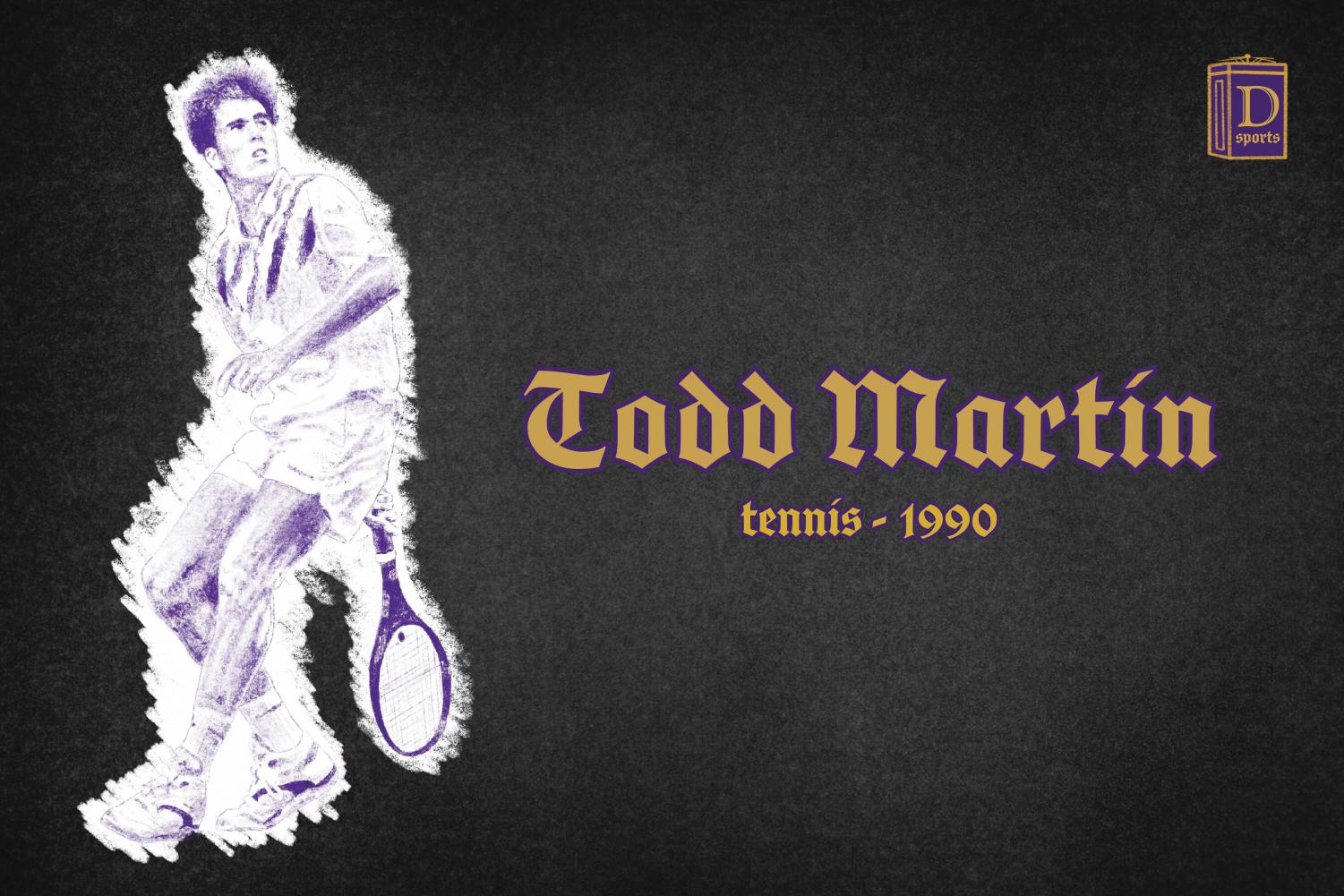 This past September, I sat glued to my screen watching the U.S. Open finals. Watching Rafael Nadal and Bianca Andreescu win the men’s and women’s singles titles, respectively, was a sight to see, regardless of whether you are an avid tennis follower.

As high-caliber as Northwestern’s tennis program has been, I couldn’t help but wonder what it would be like to watch future U.S. Open runner-up Todd Martin play in Evanston.

Over the past two decades, the men’s tennis program has come close to the top of the conference, but never has been able to get over the edge. The last year the program won the Big Ten was 1990 — the same year as Martin’s record-setting 51 singles victories.

Martin had a two-year stint at Northwestern, beginning with the 1989 season, in which he earned both Big Ten Freshman of the Year and all-conference honors after finishing with a 28-6 singles record. Following his sophomore year, he left Evanston to begin his career on the ATP tour.

Professionally, Martin has played across the world in numerous distinguished tournaments, picking up over 400 wins and several titles and awards. In his 14-year pro career he competed in tournaments including Wimbledon, the U.S. Open and the Australian Open.

In 1999, not only was he the fourth-ranked player in the world, but also was the runner-up in the U.S. Open, falling to Andre Agassi in the final. By the time he announced his retirement in 2004, he had amassed eight singles titles and had earned himself an induction into both the Northwestern and ITA Halls of Fame.

But I don’t want to go back to see any of his years on the professional circuit. I want to watch him in 1990, his final year in Evanston and the last time the Wildcat men’s program finished first in the Big Ten.

Martin played no small role in that team’s success. He went 51-3, setting the single-season program record for singles victories that still stands today, and was the Big Ten singles champion. At one point, Martin also became the national top-ranked collegiate player. On top of all that, Martin earned all-conference honors for the second year in a row and was named the Big Ten Player of the Year. Who wouldn’t want to sit in the bleachers and watch that season unfold?

His success on the court that season wasn’t only limited to his NU team, as he also had the opportunity to get some exposure on a bigger stage while still competing for Northwestern. He was invited to compete in that year’s Volvo Tennis/Chicago Tournament at the University of Illinois at Chicago. In the first round, he managed to beat a global top-100 player in three sets, though he fell in the next round. Still, it was an amazing feat by the sophomore.

1990 was an especially exciting year for the Wildcat team as a whole — it was their first time making it to the NCAA Tournament. While they only made it to the second round, watching Todd Martin lead that team would be quite something. I could have witnessed a star in the making in Evanston.

The records, the skill, and the firsts — every aspect of that season would be something remarkable to witness. It’s easy to see stats and recognize someone as a great, but to truly appreciate talent it must be seen firsthand. Maybe one day I’ll have a time machine to go back to 1990, But until then, I’ll just have to hope that in my time we will have the opportunity to watch another Northwestern great.