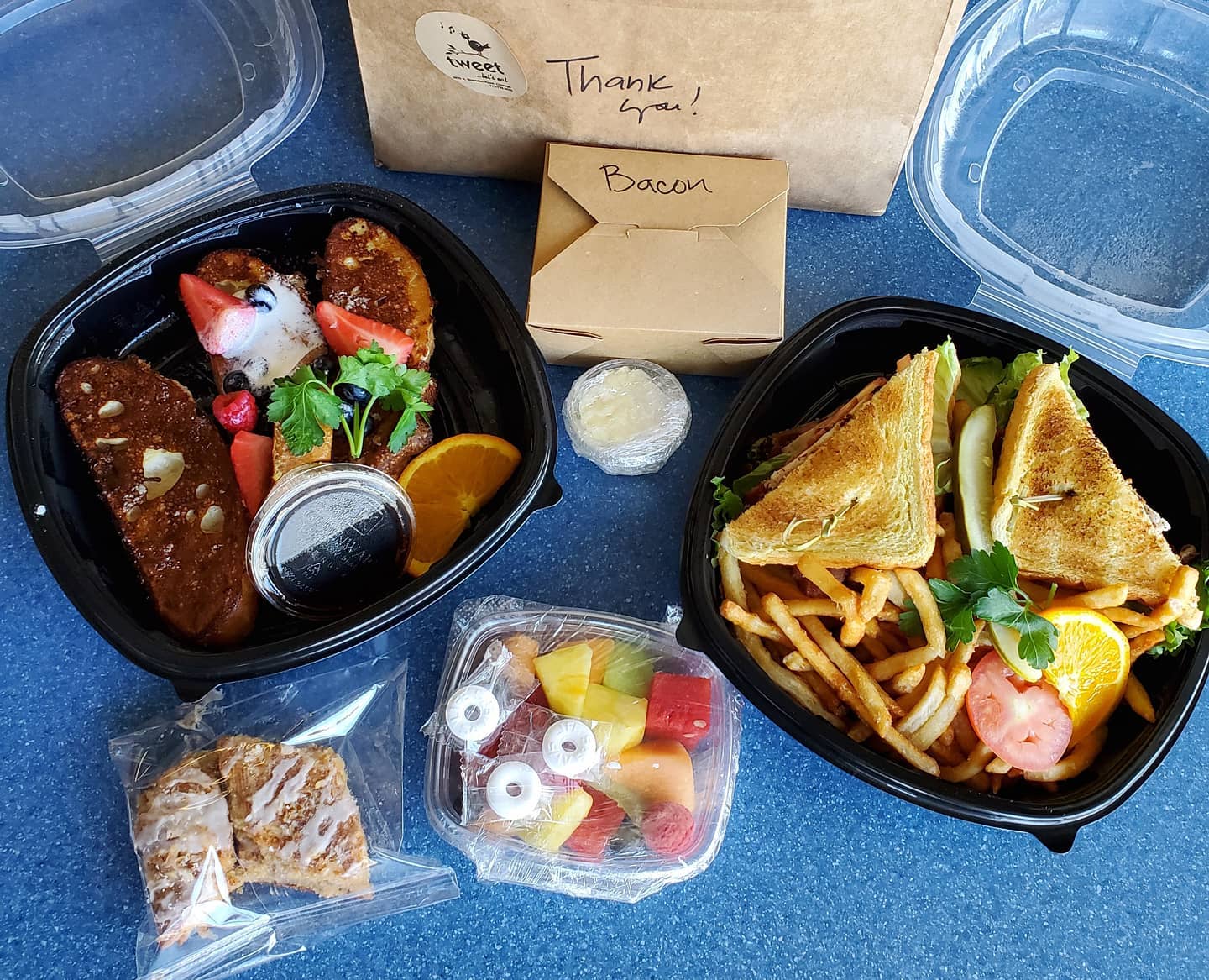 Big Chicks and Tweet closed for five weeks during the pandemic. It is now open for pickup orders, offering a selection of food items and cocktail kits. (Courtesy Big Chicks )

Big Chicks and Tweet closed for five weeks during the pandemic. It is now open for pickup orders, offering a selection of food items and cocktail kits.

Every year during the Chicago Annual Pride Parade, Big Chicks and its neighboring sister restaurant Tweet, Let’s Eat overflow with families and friends celebrating the event. They enjoy breakfast before heading out on the parade route or stop by in the afternoon for a refreshing cocktail. Big Chicks also hosts a barbeque every year on the Sunday of Pride. Bartender Don Bell said the Chicago Pride Parade is one of his and the staff’s favorite days of the year.

This June, however, commemorating Pride Month looks different. The Chicago Pride Parade was postponed due to the coronavirus pandemic and currently, social distancing measures in Illinois restrict large gatherings like the ones Big Chicks is known for. Despite these limitations, Bell said it’s still important to recognize Pride in some capacity.

“It’s going to be different, that’s undeniable,” Bell said. “But we have to do it.”

Big Chicks, located at 5024 North Sheridan Rd., is a staple institution in Chicago’s Uptown neighborhood. It’s known for its inclusive atmosphere, and has been recognized as one of Chicago’s best gay bars in publications like the Chicago Reader. Big Chicks was founded by owner Michelle Fire in 1986 and the all-day restaurant Tweet, located next door, opened in 2003. Since both businesses’ inceptions, Fire said creating a welcoming environment for all has been the top priority.

“It’s about creating a space that’s safe every day, not just during the month of Pride,” Fire said.

Up until the pandemic, Big Chicks had never closed its doors in its over 30 years of business. But in mid-March, the bar and restaurant shut down, a closure that lasted for five weeks. Now, both Big Chicks and Tweet are open for pickup orders. They offer cocktail kits ranging from Bloody Marys to mimosas, and beloved menu items, such as burgers, sandwiches, brunch items and thick slices of cake.

When she walked into Big Chicks for the first time after its closure, Fire said it felt like coming out of a long hibernation. Serving customers again brought back an element of human connection for Fire and her staff, even if it is limited. Big Chicks and Tweet are now serving customers outside, but like so many things during the pandemic, Fire said the future remains unknown.

“It’s kind of like every day you’re stepping into a swimming pool, and you don’t know how deep the pool is,” Fire said. “I can’t plan very far ahead, which is a big challenge as a business owner.”

Bell has worked at Big Chicks since 2003 and serves as a DJ and media manager as well as a bartender. Although he loves many things about his job, Bell said nothing beats the feeling of community. He’s met some of his best friends while working behind the bar, which isn’t something he expected when he took the job 17 years ago.

“The friendships have been the most fun part of this whole experience,” Bell said. “I never could have imagined meeting as many amazing people as I have.”

While Chicagoans may not be able to fill the city’s streets and watch vibrantly colored floats pass them by, there are plenty of other ways to celebrate Pride this year. Consider donating to an organization like Test Positive Aware Network (TPAN), which Fire said works tirelessly to help those affected by HIV/AIDS year-round. Bell suggested reminiscing about memories of previous Pride Parades, pictures of which he’ll be posting on Big Chick’s social media pages. Or perhaps, spend the day relishing in the taste of Tweet in the morning and Big Chicks at night by picking up your favorite dishes and drinks.