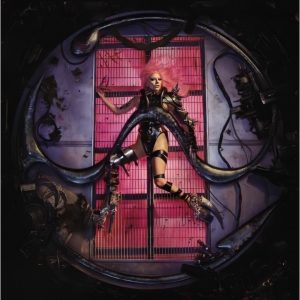 It’s difficult for me to objectively review anything Lady Gaga releases, because Gaga was the first musician I ever really loved. I was 10 years old when “Bad Romance” was released, and it quite honestly changed my life. I watched the music video for that song, possibly the most famous music video of the 21st century, approximately 500 times when it first came out.

My first concert — the Z100 Jingle Ball — featured Gaga, and no performance I’ve been to since has been half as hype. My favorite memory of seventh grade was bopping to “Born This Way” at a school dance with zero self-awareness about how gay it made me look. Every stereotypical queer guy has a female musician who becomes an icon to them as a kid, and Stefani Joanne Angelina Germanotta was mine to a tee (it helps that unlike many of the female pop stars who are seen as gay icons, she is actually out as bisexual).

Nobody is more biased toward liking something Lady Gaga releases than I am; you might very well say that I’m her biggest fan, that I’ll follow her until she loves me. I’m definitely the target audience for “Chromatica,” which is a return to the dance-pop sound of “The Fame” and “Born This Way” albums, the period I first fell in love with her.

And if I’m incredibly biased toward “Chromatica” right now, in the middle of a pandemic that has irrevocably altered the world and has had a deeply negative effect on our lives, then so be it. At a time where my mental health has reached one of its lowest points, and anxiety eats away at me every single day, I need big, queer dance-pop songs to help me dance my troubles away. And some missteps aside, Gaga has delivered those in abundance.

One of the concerns I had going into the “Chromatica” era was that the album would be a pure rehash of her first two, and that Gaga, iconic as she is, was retreading old territory. There is certainly an element of giving the fans what they want; she’s not exactly the trendsetter she was when she first broke onto the scene. But the BloodPop-produced record is clearly an album made in 2020, not 2009, with an immaculate electropop sound that pairs perfectly with Gaga’s sharp, powerful voice.

Late album highlight “Enigma’s” pairing of an addictive pulsing beat with Gaga belting out the chorus is one of the hypest moments in music this year. It’s a song that wouldn’t sound out of place in “The Fame,” necessarily, but it feels like an evolution and refinement of her old singles, instead of a regression. Other purely danceable highlights include “Free Women,” which features a perfectly placed EDM drop, and lead single “Stupid Love,” which true to its name isn’t particularly deep but is undeniably and infectiously fun.

After Gaga’s foray into a country sound in “Joanne,” which was named after her aunt, it’s easy to view “Chromatica” as a fun spectacle, lacking the personal connection that the marketing of her previous album emphasized. But Gaga’s music has always been personal, masking themes of trauma and emptiness behind the gaudy showmanship. “Chromatica” takes a similar approach, as Gaga fills the tracklist with sad bangers, such as opener “Alice,” which uses the “Alice in Wonderland” tale as a metaphor for struggling to find personal peace. Robotic thumper “911” is a love letter of sorts to antipsychotic medication, as Gaga reflects on how taking it changed her life, while the Ariana Grande duet “Rain On Me” is a triumphant ode to overcoming and surviving trauma.

Every so often, Gaga’s not afraid to throw in a bizarre experiment, such as the gloriously weird Elton John collab “Sine From Above,” which is an ode to a literal sine wave; I can’t exactly say what the lyrics are supposed to mean, but it’s a ridiculous concept no artist but Gaga could ever pull off.

At a tight 43 minutes, the album definitely has more hits than misses, but those misses exist and sometimes threaten to halt the momentum of an otherwise bop-tacular album. The structure is somewhat off, with three instrumental interludes interspersed throughout the tracklist. They’re pretty, but don’t add much and occasionally feel misplaced. “Sour Candy,” a collab with K-Pop powerhouses BLACKPINK, is a great showcase for the talents of the group but doesn’t necessarily justify its existence on this album. The closer “Babylon” is a terrifically fun riff on Madonna’s “Vogue,” but underwhelms as the last song on the tracklist. And frankly, listening to this album at this time feels off: It’s filled with songs meant to be played in the club, at a time when nobody can go to the club.

Maybe it’s fitting that the album can be a little messy though. For one, the rollout for the project was incredibly messy itself, with song leaks, delays and some iconically weird tweets. And Gaga’s never been an artist whose goal has been pure perfection: She’s always been one to take wild swings and pursue her muse to unexpected places, with mixed but fascinating results. “Chromatica” isn’t perfect, but it’s a fun record with moments of brilliance, and it’s indisputably Lady Gaga.

Related Stories:
– Liner Notes: Fiona Apple returns, in stunning form, with the chaotic, beautiful “Fetch the Bolt Cutters”
– Liner Notes: “Petals for Armor” may be Hayley Williams’ debut solo album, but she has nothing to prove