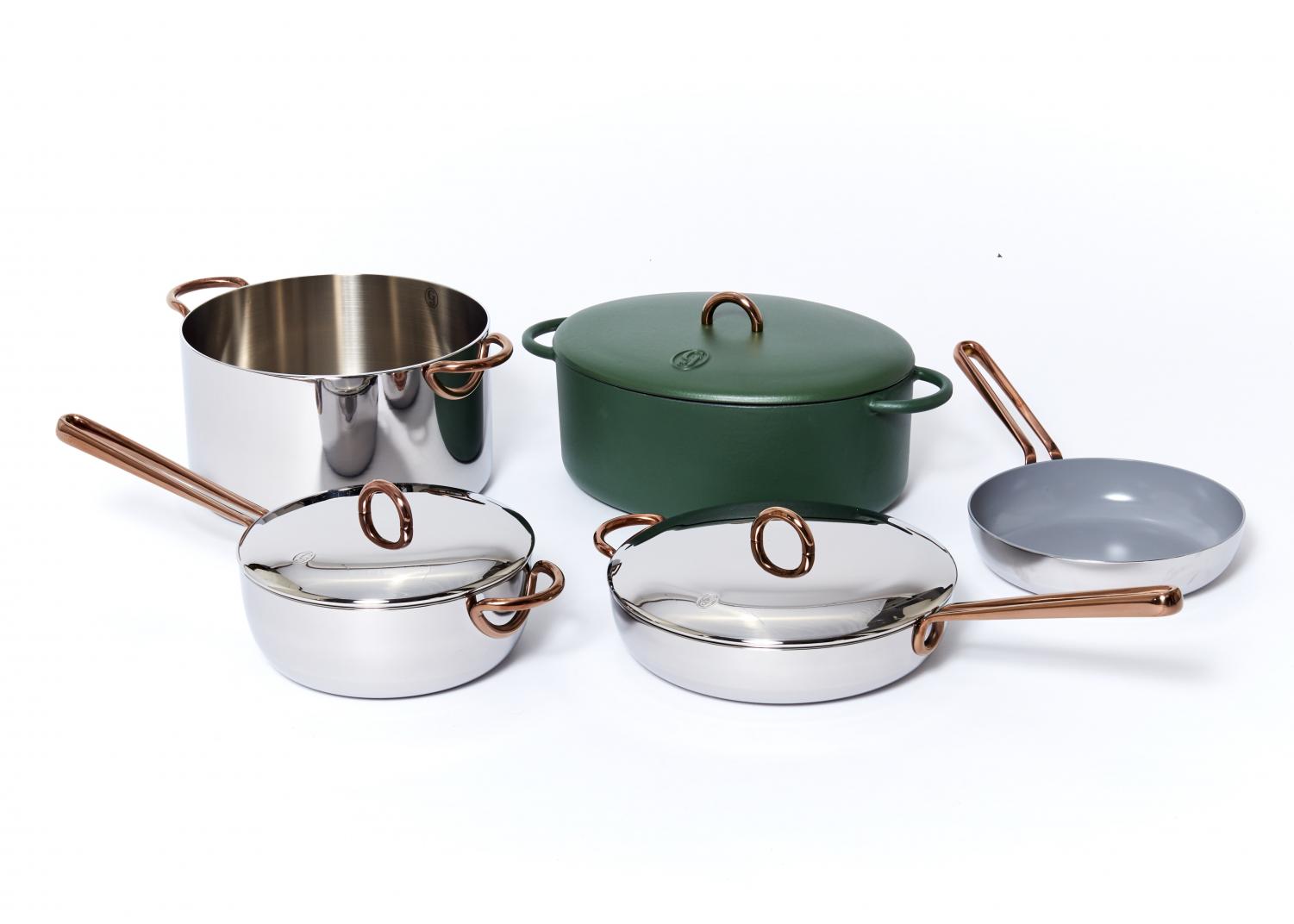 Sierra Tishgart (Medill ‘12) was inspired to found Great Jones after finding the process of purchasing cookware to be expensive and overwhelming. Great Jones’ Dutch oven, called “The Dutchess,” is a staple in the collection. (Photo courtesy Great Jones)

Sierra Tishgart (Medill ‘12) was inspired to found Great Jones after finding the process of purchasing cookware to be expensive and overwhelming. Great Jones’ Dutch oven, called “The Dutchess,” is a staple in the collection.

Sierra Tishgart (Medill ’12), co-founder of Great Jones, thinks waiting until marriage to purchase high-quality cookware is “preposterous,” but she encountered that old-fashioned idea on her quest to buy pots and pans just a few years ago.

After years working as a food writer and editor for New York Magazine, Tishgart decided it was time to prioritize her own home cooking. The first step was to invest in new cookware, but between expensive prices, dozens of brands and too many materials to count, she quickly became overwhelmed.

“It was a mess,” Tishgart said. “I couldn’t find something that fit my needs, and I had to get rid of the hand-me-downs my parents gave me for my first apartment.”

Tishgart’s personal experience led her and her childhood friend Maddy Moelis to found Great Jones. The company sells ceramic or cast-iron nonstick cookware, including a sleek, bright blue sheet pan and a Dutch oven cheekily named “The Dutchess.” Together, the women raised capital, designed items and launched a business as first-time entrepreneurs in November 2018.

Great Jones is now a household name in the home cooking community. It has been featured in publications like Vogue Magazine and Food & Wine. In 2019, Tishgart and Moelis were named to the Forbes 30 Under 30 List in the food and drink category.

“I really got the idea because I felt like this was something I would report on,” Tishgart said. “I knew someone had to modernize this and it would explode as a cultural force.”

Great Jones’ core demographic is millennials, the generation that the founders belong to themselves. Tishgart said while designing products, she and Moelis aim to solve their own consumer problems. The cookware is made to perform well and look visually appealing, based on the belief that when people love their cookware and add it to the landscape of their kitchen, it makes them want to cook more.

Drawing upon the community she established as a journalist, Tishgart said Great Jones looks to partner with individuals who promote kitchen confidence and cooking at home. Great Jones’ products have been used by Molly Yeh on her Food Network show “Girl Meets Farm,” which is filmed in her home kitchen. Alison Roman, cookbook author and columnist for the New York Times food section, is also a fan of the cookware, cooking with Great Jones pieces in videos for The New York Times Cooking YouTube channel, shot in her Brooklyn apartment.

While partnering with people in the culinary world is important to Great Jones, Tishgart said the company is conscious not to feature chefs cooking in restaurants on its social media pages or website. She said the company and the products are geared towards a cooking at home experience, which is completely different from how one cooks in a professional environment. Tishgart wants to empower Great Jones’ customers to roll up their sleeves and make something delicious, not intimidate them.

“For years, we’ve seen marketing around cookware that says “Cook like a chef,’” Tishgart said. “But we’re seeing a moment right now where people want to make cooking feel less professionalized and competitive.”

Cooking at home has experienced a huge rise in popularity since the coronavirus pandemic began. Forced to stay home and left without the option to dine out at restaurants, people are getting reacquainted with their stovetop and oven. According to Tishgart, the biggest barrier to cooking is time, and right now, people have more of it. Those who have never cooked before or who usually can’t spare an hour to stir and sauté are now finding happiness in creating dishes. Although the coronavirus pandemic has made cooking at home a necessity, Tishgart said its growing popularity is also due to a desire to learn new skill sets.

Lauren Goldstein (Communication ’18) is using her free time during the pandemic to experiment with new recipes. She owns Great Jones pieces like the Dutchess, which she uses to make loaves of bread and soup. Goldstein said she recommends Great Jones’ cookware to everyone, and bought her mom a blue sheet pan – called the Holy Sheet – as a Hanukkah gift. She said she supports the company’s mission and admires its co-founders. 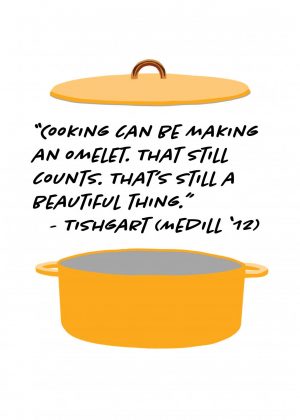 Both during this uncertain time and in the future, Tishgart said she hopes Great Jones can be a companion to people in the kitchen. Her goal for the company has always been to make the experience of cooking more joyful, whether that’s with a shiny skillet or a scrumptious recipe out of their digital cookbook.

“Cooking can be making an omelet,” said Tishgart. “That still counts. That’s still a beautiful thing.”