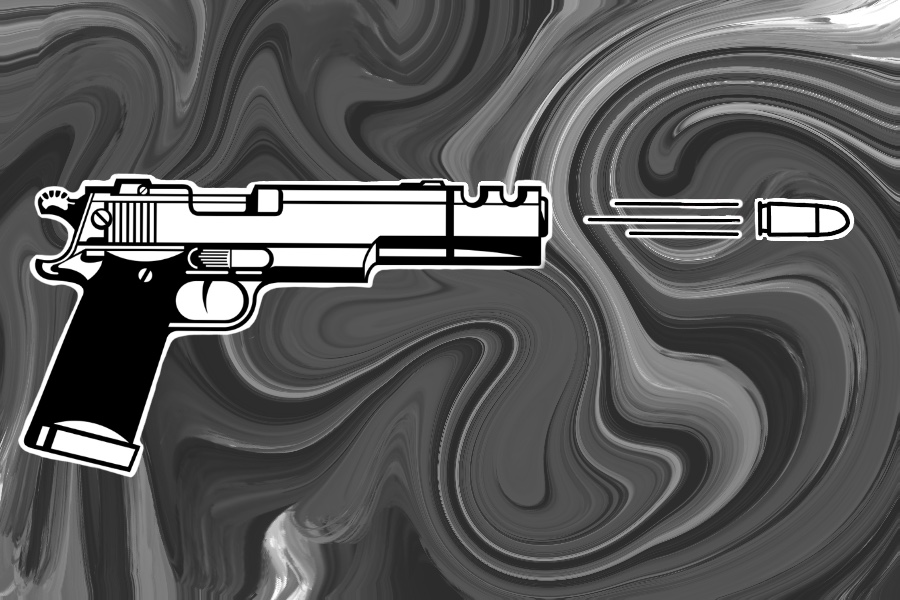 Since Carolyn Murray spearheaded the program in 2012, the amnesty-based initiative has helped take over 220 guns off the city’s streets. ( Illustration by Emma Ruck)

Since Carolyn Murray spearheaded the program in 2012, the amnesty-based initiative has helped take over 220 guns off the city’s streets.

In the shadow of her son’s death, Evanston mother helps remove over 200 unwanted guns from Evanston homes, streets

In 2012, Carolyn Murray and her son, Justin, were working together to get guns off the streets of Evanston.

But in the middle of planning the city’s first gun buyback program in recent memory, Justin was shot and killed in front of his grandmother’s house that year.

It was the very problem Murray had begun fighting against that killed her son.

Before his death, the 19-year-old Evanston Township High School graduate had gone to California to “discover his future,” Murray said.

“Justin wasn’t even living in Evanston,” Murray said. “He went to California to go to school. And then coming back, within hours of getting off a plane, Justin was killed.”

Despite facing the loss of her child, Murray continued fighting for a gun buyback program in Evanston.

Since she spearheaded the program in 2012, the amnesty-based initiative has helped take over 220 guns off the city’s streets. Thanks to tens of thousands of dollars in donations from institutions including Northwestern University and NorthShore University HealthSystem, the city established a fund to provide residents $100 for every weapon returned.

“It basically started one night that I got sick and tired of hearing gunshots outside of my window,” Murray said.

Murray, a Navy veteran, said the experience of hearing frequent gunfire was something she would compare with her friends deployed in Iraq. When she first started working on the program, Murray said her calls to the Evanston Police Department seemed to be making little headway. But she kept calling.

“There wasn’t a lot of people that I met through my career that were that passionate about something,” said Lockport, Illinois Chief of Police Terry Lemming, someone Murray connected with because of his experience with buyback programs.

Lemming had implemented buybacks in Lake County, Ill., where he said over 2,000 guns were turned in as part of five programs. With his help, EPD was ready to launch the program. But one key element was missing — funding.

“We didn’t have any money…I was thinking I was going to have to have a bake sale in my living room just to raise money,” Murray said.

But to her surprise, Northwestern donated $10,000 and NorthShore donated $1,000. The Cherry Family Foundation also contributed $5,000 to the program, and many friends and family members have donated to the program in Justin’s honor, Murray said.

With a fund of over $20,000, the program finally had legs. In 2012, Murray’s first buyback event — held less than three weeks after Justin’s death — took in 45 unwanted guns.

“After you do a few, you kind of feel a little more empowered,” she said. “That’s not to say that the feelings and emotions never go away, but you’re always wondering in your [heart] of hearts, could this have been the gun that possibly killed my son Justin?”

Murray has helped plan and orchestrate three buyback events since 2012. In addition, Evanston residents can call 311 anytime to have an officer come and remove the weapon.

Between the two methods of buyback, the city has distributed over $22,000 to community members. The program also allows community members to hand in ammunition for a smaller sum, Evanston Police Cmdr. Brian Henry said.

Though the weapons aren’t test-fired, EPD ensures the guns are functional before buying them back, Henry said.

The department sends the guns to a third party that strips the weapons and cuts up the frames to meet the Bureau of Alcohol, Tobacco, Firearms and Explosives destruction requirements, Henry said. Then, scrap metal remnants are sold to a recycler.

Even though the people that hand in the guns are mostly “law-abiding citizens,” overall the program has been effective, Henry said.

Lemming said the guns could have been used in suicides, homicides or shooting accidents at home. He added that gang shootings and murders are often committed with stolen weapons.

Often, the buybacks are held at houses of worship, such as the Christ Temple Missionary Baptist Church and the Unitarian Church of Evanston. Murray said the support of faith-based organizations has been instrumental to the program’s success. For the people that are handing in guns, churches provide an “atmosphere of a sanctuary” to turn in a gun, as opposed to a police station, Murray said.

Funds have been able to sustain the program until today and are now getting low. Murray, a life-long 5th Ward resident, says she has met with the EPD chief to hold a buyback program around this time this year. But the COVID-19 pandemic put things on pause. She is hoping that she will soon be able to hold another event and raise the money to keep the program going. Murray was invited to attend former President Barack Obama’s 2013 State of the Union address.

As she sat in the House Chambers of the U.S. Capitol Building, Murray held up in her hand a photo of her late son.

“The impact of gun violence, especially in the black community, goes unnoticed, as is if our numbers don’t matter,” Murray said. “We do have mass shootings that get a lot of national attention. But the fact of the matter is that everyone’s losing their life.”