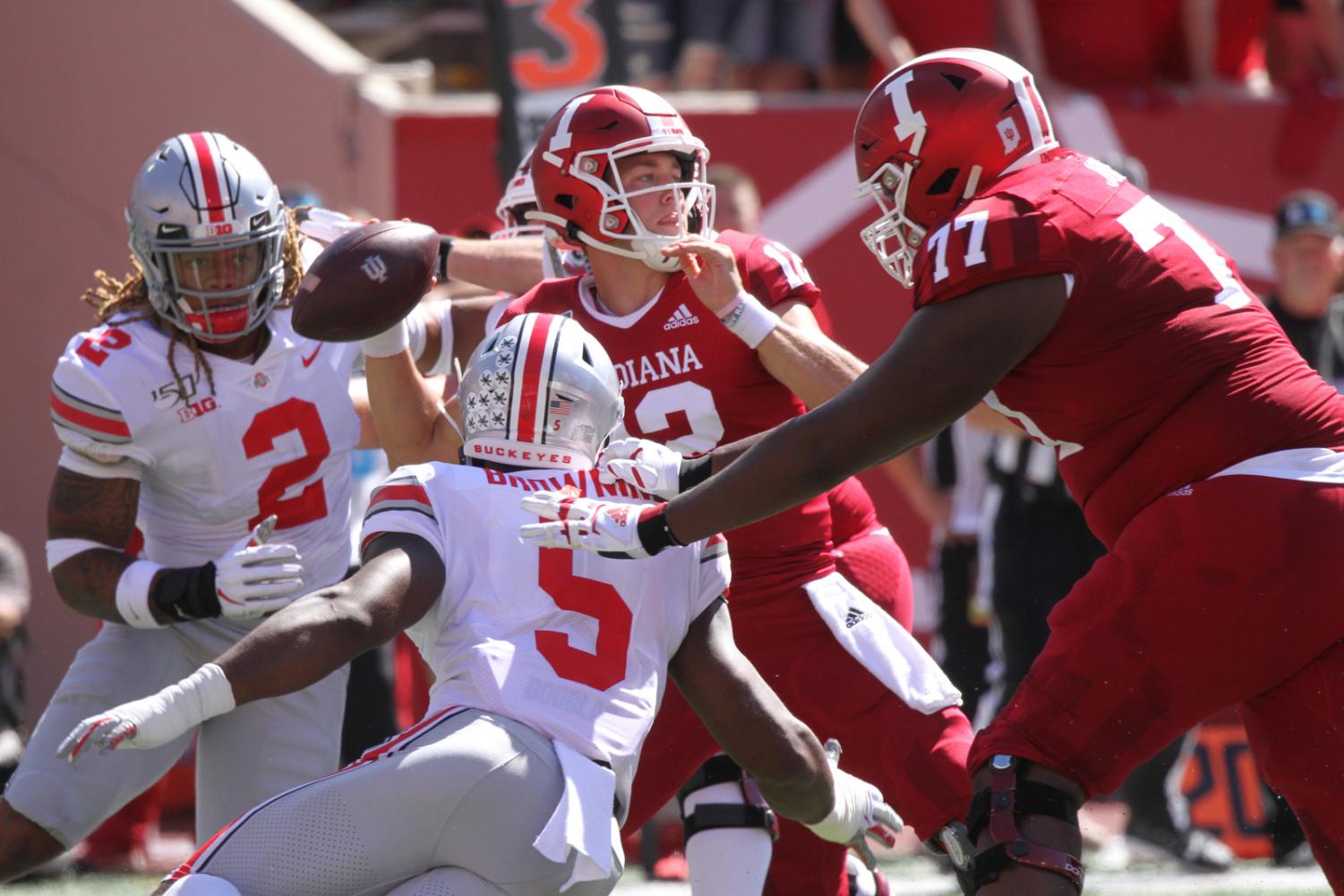 ‘You guys are going to want to hear this’: Inside Northwestern’s pursuit of grad transfer quarterback Peyton Ramsey

Around 3:30 p.m. on Jan. 27, Peyton Ramsey called his father. Doug Ramsey was at a meeting in his office and couldn’t talk for long with his son. But Peyton, a two-year starting quarterback at Indiana, had big news. In fifteen minutes, he would enter the transfer portal.

After Peyton hung up the phone, Doug looked at the two people on the other side of the table. They were Northwestern linebackers coach Tim McGarigle and Michigan State assistant coach Mike Tressel.

“You guys are going to want to hear this,” Doug told them.

Doug Ramsey has been the head football coach at Elder High School in Cincinnati for the past 24 years, and he led Elder to state titles in 2002 and 2003. College football coaches frequently stop by his office. On that particular Monday, McGarigle happened to be there representing Northwestern.

As soon as he found out, McGarigle called Northwestern offensive coordinator Mike Bajakian. And then Bajakian was the first coach to call Peyton Ramsey.

“I went into this process with a couple things I was looking for, and the first one was going to a place where my abilities would be utilized,” Peyton Ramsey told The Daily. “The second thing was I wanted a place where I could fit into the culture. And the third thing was that I’m looking for an opportunity where I can win.”

“Northwestern really had it all.”

In the summer of 2014, Peyton Ramsey stepped on Northwestern’s campus with every intention to play college football there. Heading into his junior year of high school, Ramsey attended a high school camp hosted by Northwestern. He hoped he’d come away with a scholarship offer.

“It was the place out of high school that I really wanted to go to,” Ramsey said. “It didn’t work out the first time around, but here we are the second time. They’re giving me an opportunity to show what I can do.”

After Ramsey left the camp, he took an official visit at Illinois, and later he drew offers from schools like Cincinnati, Boston College, Wake Forest and Indiana. Ramsey committed to play for the Hoosiers, and he started eight games as a redshirt freshman. After throwing for 1,252 yards that season, Ramsey was named to the the Big Ten Network’s all-conference freshman team, and then Ramsey started all twelve games as a sophomore.

But his situation became more complicated his junior year.

“It was emotional,” Ramsey said. “That’s probably the best word for it.”

Ramsey lost the preseason quarterback competition to redshirt freshman Michael Penix Jr. Pennix Jr. showed flashes of greatness last season, but he played in just six games as he dealt with injuries. That left Ramsey on the sidelines for half the season. Ramsey still earned an All-Big Ten Honorable Mention recognition and threw for 2,454 yards and 13 touchdowns with just five interceptions.

When the year ended, Indiana head coach Tom Allen told Ramsey he wanted him to stay in Bloomington for one last year.

“After the season, coach Allen sat me down and told me he was appreciative of the way that I competed and the way that I came in,” Ramsey said. “Then he told me that the Indiana job was mine. But there was something in me –– it was a gut decision more than anything –– that told me that I needed to go a separate way.”

“Honestly, that was one of the main reasons that I felt so strongly about them and wanted to visit them before I went anywhere else,” Ramsey said.

Other college football coaches visited Ramsey in Bloomington. But Ramsey scheduled his first visit to Northwestern on March 7, and it wound up being his only visit.

Ramsey attended practice Saturday, toured the campus and the practice facility and met all the coaches.

“He had a good feeling all the way through,” Doug Ramsey told The Daily. “He even knew going in that he would commit if the visit was good. And then he was really impressed with everything, especially the players. He felt really comfortable with those guys, and he saw there’s an opportunity for success there.”

Peyton Ramsey sealed the deal with Fitzgerald over breakfast around seven o’clock Sunday morning. They sat down at The Farmhouse in downtown Evanston, and Ramsey ordered French toast. Then he told Fitzgerald he was certain he wanted to play for the Wildcats.

“We had been sitting down for a little bit and just talking,” Ramsey said. “And then there was a break in the conversation. I told him, ‘This is where I want to go.’ And Fitz jokingly said, ‘Man, you could have told me before I sat down.’ Then he gave me a fist bump and we all got up and hugged each other.”

Even though he committed Monday, Ramsey can’t join the team right away for spring practice. He’s earning his final credits at Indiana as a student-teacher, working with high school seniors on history and economics.

Ramsey said Northwestern is currently working with the NCAA to determine if he can join the Wildcats when he finishes teaching on April 9, or if he has to wait for Indiana’s official graduation on May 8.

Whenever Ramsey does get to Evanston, he’ll step on campus as Northwestern’s most experienced and most proven quarterback.

“I wanted to go to school and find out what was the best fit for me, going to a place where my fifth year of college football would be the most memorable and the most unforgettable,” Ramsey said. “Last year wasn’t the year that Northwestern had hoped for. But the standard here is that we’re going to win.”