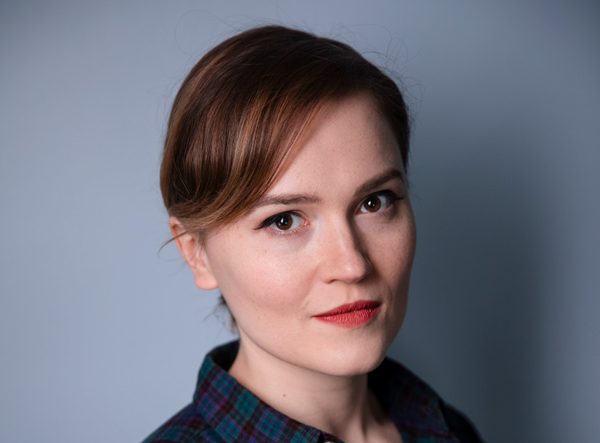 “Divergent” author Veronica Roth. Roth’s new book, “Chosen Ones,” is set to be released on April 7. (Courtesy of Hannah Dirgins. )

“Divergent” author Veronica Roth. Roth’s new book, “Chosen Ones,” is set to be released on April 7.

It’s a story that has now become infamous among Northwestern writers: Veronica Roth (Weinberg ’10) wrote her breakout novel “Divergent” over her senior year winter break, signed a three-book contract with HarperCollins by April and sold the movie rights to the novel just before graduation. The book went on to become a massive hit among young adults, eventually being turned into a film trilogy that generated over $750 million at the box office.

But Roth said it didn’t go exactly like that. After taking a light course load in the fall and completing her final papers early, Roth said she took about 50 days to write “Divergent.” She sent the rough draft to an agent she had previously spoken to (whom she found after Googling “how to get published by a big publisher”), who took interest in the piece and signed her. Roth then took another light course load in the spring so she could make revisions.

Still, Roth said a book has never come to her as quickly as “Divergent” had.

“Now that I’ve written a few (books), they don’t come to me formed in that way. I felt like I just knew the beginning, middle and end, and I was just recording what I had already thought. So I think that kind of accounts for the speed, which I have not been able to achieve at any other point in my writing life,” Roth said. “The whole thing is like, absurd.”

Now, nearly ten years after her graduation from Northwestern (she is still debating whether she’ll attend the reunion), Roth’s debut adult novel “Chosen Ones,” is set to be published on April 7. The book takes on a similar hue to Roth’s previous books — the main characters are a group of young adults predestined to save the world — but with a twist: this time, the narrative follows the group ten years after they’ve already saved the earth from destruction. The characters struggle with loss and post-traumatic stress disorder from their experience, all while their movements are magnified under the public eye.

Growing up on book series like “Harry Potter” and “Ender’s Game” Roth said she has always been intrigued by stories about a teen navigating the pressure of saving the world at an extremely young age. So it felt like a natural progression to explore what happens after that — how to be an adult in the world when the world knows your deepest traumas.

To make the book as realistic as possible, Roth said “Chosen Ones” required a lot of research and time on the Internet: in addition to reading JSTOR and psychology journal articles on PTSD, Roth pieced through troves of declassified government documents, Googled when concrete sidewalks were invented and investigated the development of sonar.

“I think I’m probably on a list now, if I wasn’t before,” she said.

“Chosen Ones” editor John Joseph Adams said because of these deeper, complex themes, the book is a perfect transition between young adult novels and ones for adults.

“It’s basically like if the heroes that you grew up reading had saved the world and now they have to figure out what to do with the rest of their lives,” he said. “In a way, it’s almost like the book is reaching down a hand to everybody who was a YA reader and is like, ‘Hey, come on up here and look at this. This is cool. This is basically like what you’re reading now, except that we’re taking it to the next level.’”

Adams added that though this was the biggest book he’s ever edited, working with Roth was a dream. The two got to know each other via the track changes function on Microsoft Word, and Adams said she was extremely down-to-earth despite being a literary “superstar” from such a young age.

But this early success wasn’t always a gift for Roth. After the success of “Divergent” when she was just 22 years old, she said she grappled with an undiagnosed anxiety disorder and panic attacks.

Roth began seeing a therapist and got medication, both of which, she said, helped her deal with the pressure. But she said she learned a lot about coping with online negativity and making healthy boundaries for herself.

“Give yourself a safe space to take risks creatively and make things, basically,” she said. “For anyone who is in the creative field and is active on the Internet, you have to learn how to deal with and accept negative comments.”

Curdy, one of Roth’s creative writing professors at NU, said many writers have the skill and talent to make it big, but this attitude is what allows people to persevere. She added this strength showed even when she was a NU student — Curdy and Roth would meet often to develop characters for her senior thesis, all the while Roth was still writing “Divergent” on the side.

“It’s what we would hope for students to achieve — not the ‘bestseller-dom,’ although that’s great,” she said. “But really internalizing the working habits of a writer, and to have a project that you feel passionate about and pursue it really persistently in that way.”

And while Roth said she considers herself lucky to have the time senior year to write “Divergent,” she said if she could go back to Northwestern, she would have delved deeper into her classes.

And as for other young writers and Northwestern students hoping to get their writing out there, Roth said balance is key.

“When I was young, what I needed was a balance between the confidence to give things a try and the humility to understand that you have a long way to go,” she said. “Knowing that you need to work on your writing is important, but not at the expense of like believing in yourself and giving things a try.”

“And Google!” she added. “It can answer all of your questions.”