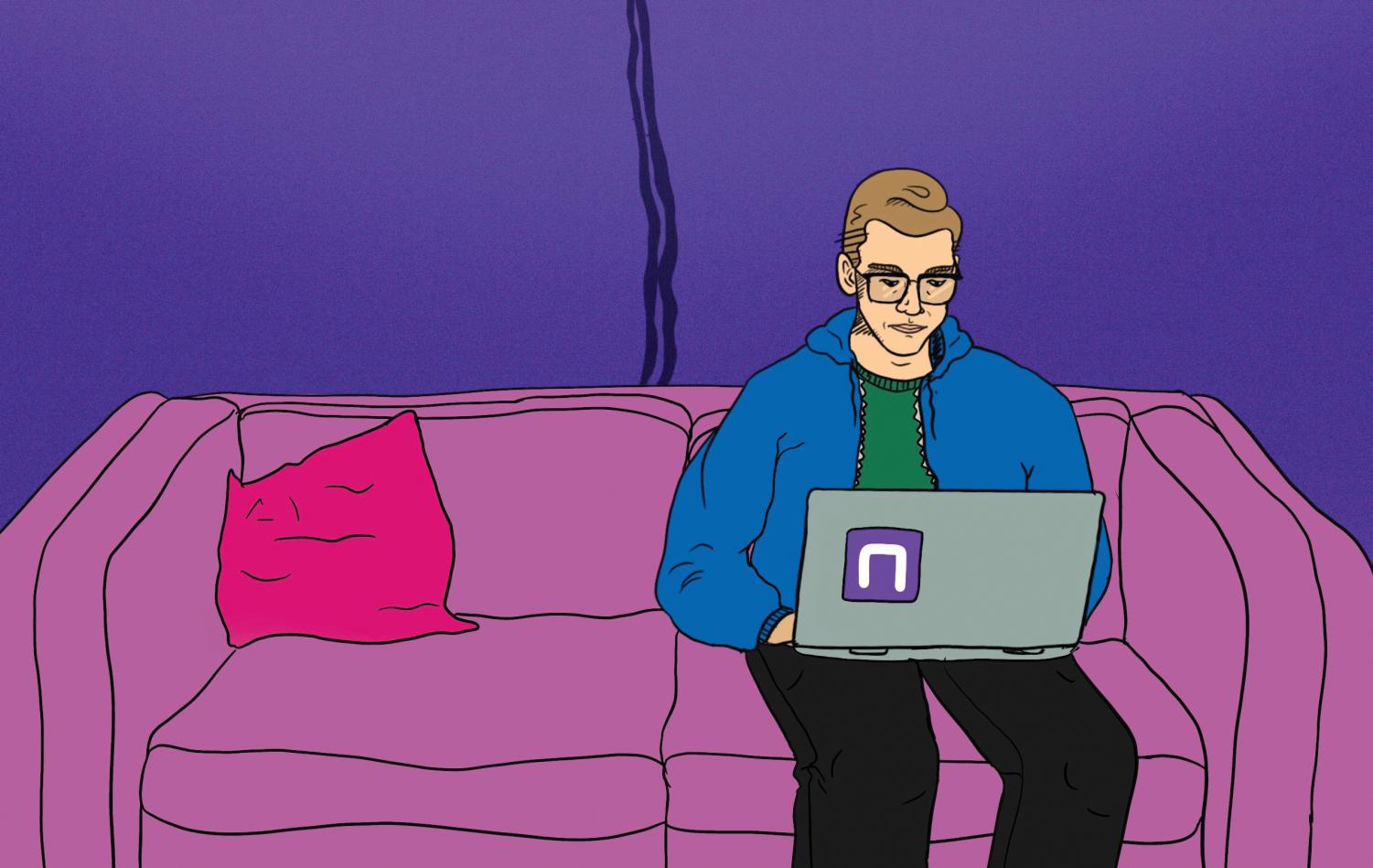 The Garage lacks resources after founders graduate, allowing many to fail

After grueling weeks interning in the summer of 2016, Sarah Ahmad (McCormick ’18) longed to eat out with friends in Chicago. The group would usually research the best spots in the city, order a meal and find themselves disappointed. Though the restaurant might be top-rated, often its dishes were not. Ahmad wanted a way to rate individual menu items, and from there, HotPlate was born.

HotPlate, an iPhone and Android app Ahmad created during her junior year to review specific dishes, was built with the help of The Garage, Northwestern’s resource center for student startups. Over the course of a year, Ahmad and her team participated in Garage programs to develop the idea and officially launched the app in October 2017 in collaboration with Big Bite Night, a tasting event in downtown Evanston. The app garnered the attention of over 600 users by the end of Ahmad’s senior year.

Even so, the app folded shortly before Ahmad graduated in 2018. She cited the pressures of a splintering team and looming costs as reasons for the app’s demise.

“The fact that I would be working on it mostly by myself … would make it a lot harder to get it to a point where we could raise money and keep going with it,” Ahmad said.

Ahmad’s story is not unique — in fact, only 10 percent of students continue with their Garage startups after they graduate, said The Garage’s Marketing Manager Elisabeth Wright. This figure is consistent with national averages for startup failures, but many start off with far fewer resources than The Garage provides.

Founded in 2015 and financed by a combination of philanthropic donations and funding from the University, The Garage provides a physical space to work on projects, entrepreneurial education and mentorship from industry leaders. It also gives grants for some startups via selective programs like VentureCat. Though students do not receive credit, over 350 startups have been incubated at The Garage and 95 percent of Garage users reported the program enhanced their overall experience at Northwestern, Wright said. However, when these students graduate, their resources disappear, and The Garage has yet to institute a formal aftercare procedure to ensure startup success.

Ahmad pointed out that after graduation, students can no longer work on projects for free. To make her app financially sustainable, she and her team would have had to constantly raise money and enter competitions to earn funding.

Sam Letscher (McCormick ’18), the founder of Bossy Chicago, another Garage startup that runs a directory of female- and non-binary-owned businesses in Chicago, said she ran into the same problem after she graduated in 2018. She wanted to continue to make the directory available to everyone, but had to figure out a way to pay for it. Letscher made Bossy viable by adding a subscription-only membership program that connects female and non-binary business owners with one another. However, she said many former Garage startups do not lend themselves to revenue streams like this and instead require outside funding.

“We put a lot of pressure on that time point of graduation and our operations don’t have to be sustainable until then because everyone’s willing to work for free,” Letscher said.“But suddenly then it’s like, ‘Well now what happens?’”

The Garage has one fund available for startups post-graduation called NUseeds, Wright said. After pitching their idea to a committee of investors, startups can win checks from $10,000 to $100,000. Still, this requires meeting several progress qualifications, and only four applicants have been awarded money in the five years it’s existed. Wright also said NUseeds will not be the largest investor in any project — meaning startups must come into the funding pitch having raised a significant amount of money, a task which may be impossible for projects just coming out of school. Neither Letcher nor Ahmad have received a NUseeds grant, though Ahmad said she is considering applying.

Both Letscher and Ahmad added that aspects of The Garage culture are not conducive to long-term startup success. For example, many students join solely for a learning experience. Ahmad said even her cofounder saw HotPlate as more of a project than a company.

But Wright said these factors are representative of the “choose your own adventure” nature of The Garage. Some students want to network and learn entrepreneurial skills, she said, while others want to build a successful, long-term startup that will continue to develop after graduation — both groups are granted access to the same resources.

“We really focus on building the skills and the entrepreneurial tool kit and the mindset that will help a student whether they continue on their startup or they don’t,” Wright said. “A lot of what we focus on here is not necessarily preparing them for a successful startup post-graduation, but is built on the entrepreneurial experience.”

Despite HotPlate’s fold, Ahmad thinks the app is a good idea and doesn’t regret creating it. She said she gained invaluable networking and entrepreneurial expertise from her time at The Garage. Most importantly, she learned what makes a company sustainable, insights she said she is now putting to use at another startup called Mistro that she founded with a fellow Garage alum, which helps remote companies provide employee benefits to internationally distributed teams.

“If you really do want to do a startup full time, you have to think, ‘What exactly do you need? How do you create a plan to get there?” she said. “That’s what you have to think about, all the time.”