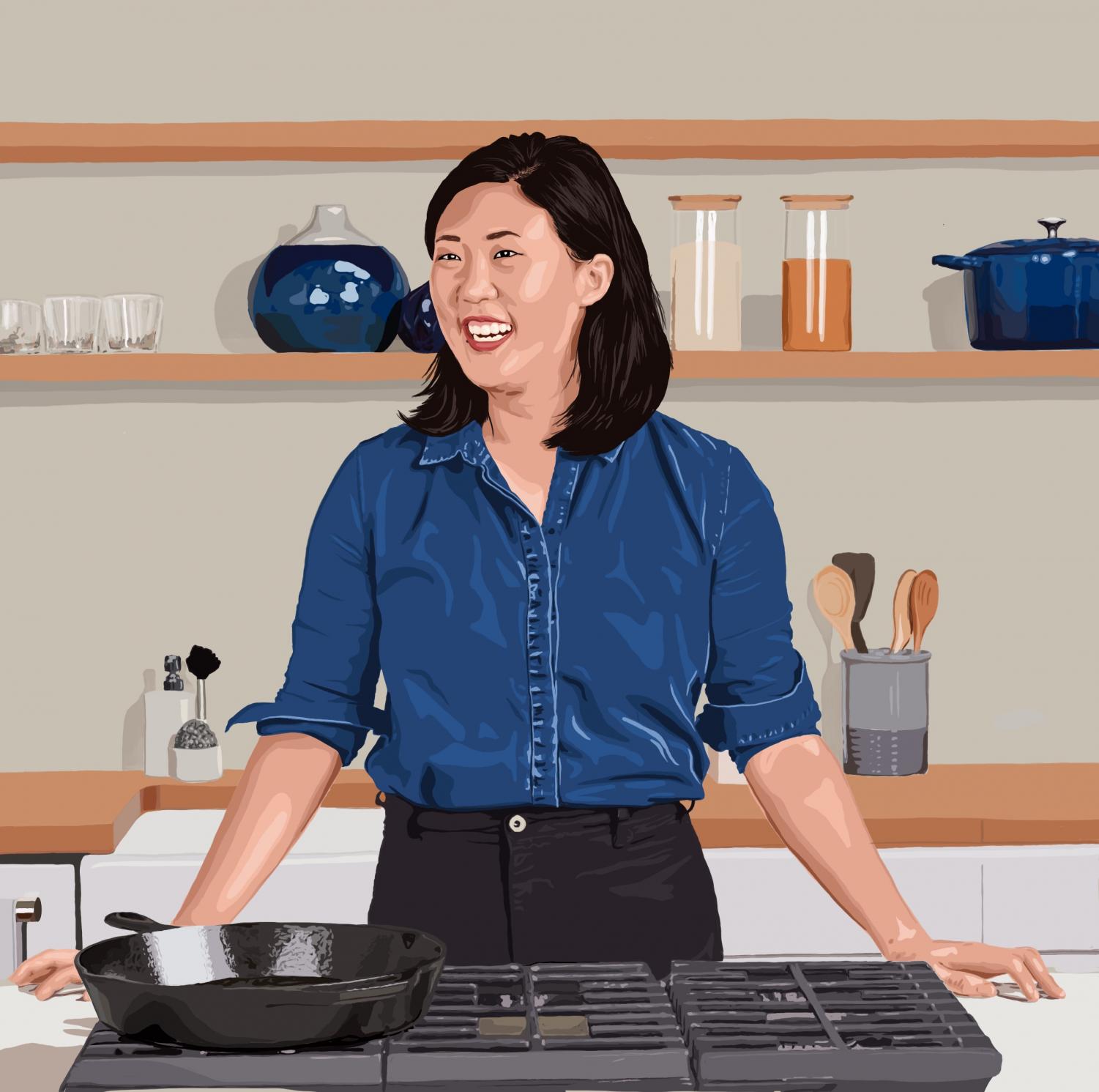 Christina Chaey (Medill ‘11) said she was probably looking for a snack when she made her first cameo in Bon Appétit’s massively popular YouTube channel “Test Kitchen.” The Bon Appétit associate editor said she often ventured up to the 35th floor of One World Trade Center from her desk nine stories below to consult a co-worker or look for food — often pasta.

“If I get bored, or if I need to talk to someone in the test kitchen, or if I’m hungry, and I’m looking for a snack I will pretty frequently be found on 35,” she said.

At the time, Bon Appétit’s video platform was taking off. The magazine currently boasts 5.28 million subscribers, with most new videos racking up over a million views. — the channel’s most popular video, “Every Way to Cook an Egg (59 Methods),” has over 22 million.

As an associate editor at Bon Appétit, Chaey is in charge of putting together the food and entertainment magazine’s weeknight cooking and lifestyle sections. In addition to figuring out the publication lineup, she works with the visual department to figure out photos and graphics for the recipes she collaborates with test kitchen staff to perfect.

In an episode of Bon Appétit’s “Making Perfect,” Chaey organized a Test Kitchen cork board with Post-it notes, debating what comprises a balanced, tasty holiday meal with the rest of the staff. They all together decided that squash and radicchio salad with pecans and Brussel sprouts with pistachios and lime were the sides to do the job, only to show viewers how to make the dishes themselves moments later..

The video harkens back to her cooking experiences in college. In her junior year living on Garnett Place, Chaey said she hosted an elaborate “Friendsgiving,” in which she roasted a 20-pound turkey and supervised the rest of the meal, even though she had no idea what she was doing.

“You can tell she really loves cooking because she’ll make these elaborate, stunning dinners for adults at very late hours of the night,” Beggs said. “Like when I’m asleep.”

Still, Chaey told The Monthly her love of cooking and food journalism didn’t develop until she left college. As a busy Northwestern student, where she served as a summer campus editor for The Daily, she was concerned with making food on-the-fly.

Even though Chaey grew up as a second-generation Korean American and ate home-cooked Korean foods, she added that she loved pizza and pasta and was fascinated by Martha Stewart and cake decorating kits. When she left for college and started craving Korean food, she made a point to learn the recipes.

While at Northwestern, she got an internship at the Chicago Magazine’s dining section. For the job, she’d stake out locations that were approved for restaurant permits to seek updates on development. Her other “unglamourous” job, Chaey said, was fact-checking the addresses in the magazine’s dining database, but she “loved it all the same.”

Esther Yoon-Ji Kang, an adjunct lecturer at Medill who taught Chaey’s multimedia reporting class, said she recommended her for the internship to her colleagues at Chicago Magazine, where she worked at the time.

“She will be the first to tell you that she couldn’t have predicted this career trajectory for herself,” Kang said. “But I’m not surprised. She follows her passions.”

Kang, who is a first-generation Korean American, said food is very personal to many. She added that Chaey’s identity and passion for food make her a great candidate to introduce Korean food and culture to a mass audience. Plus, Kang enjoyed Chaey’s soy-braised short rib recipe enough to note she’d make it again.

After her journalism residency at Fast Company, Chaey got a job in New York, and worked for Bon Appétit in 2014 and 2016. During that time, Chaey said she found herself spending all of her free time experimenting with food, and when she left the magazine for a year and a half, she worked as a line cook at Union Square Hospitality group. But she still felt eager to find a way to pursue both her passions of a writer and a cook.

When she returned to Bon Appétit in 2017, Chaey said she knew she had found that niche.