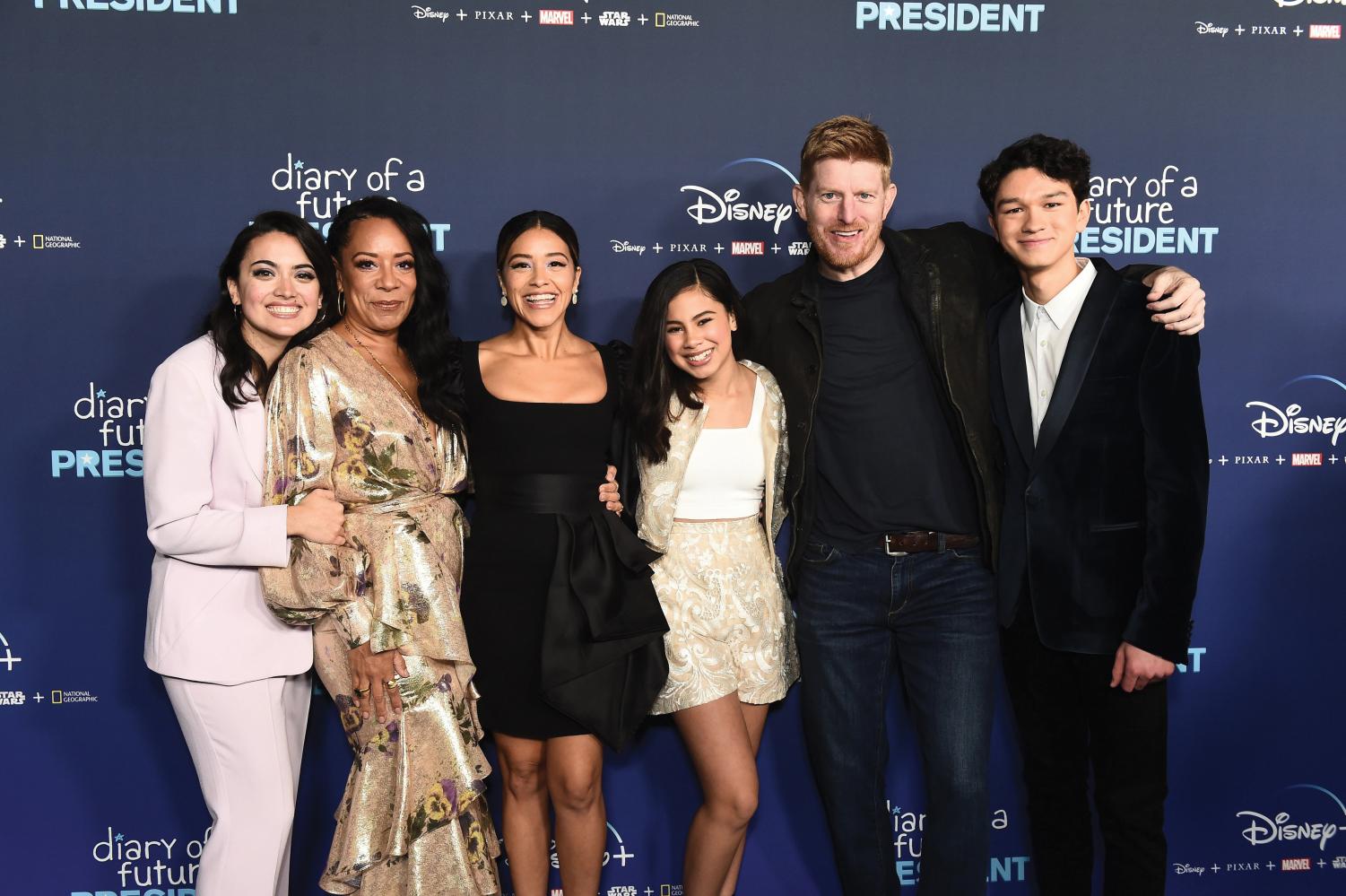 Peña and the cast of “Diary of a Future President” at the show’s premiere last week. (Source: Andrea Gruber)

Peña and the cast of “Diary of a Future President” at the show’s premiere last week.

Pan in on Elena, a 12-year-old girl with enough ambition for everyone at her middle school. Every day she journals her experience — one of a Cuban-American girl in Miami with the dream of one day being the president of the United States. And when she eventually is the most powerful person in the country, she has her journal to look back on.

“Diary of a Future President,” created and co-produced by Northwestern alum and former “Crazy Ex-Girlfriend” writer Ilana Peña (Communication ‘13), premiered on Jan. 17 on Disney+. Peña said she always wanted to write a story about girlhood and growing up, especially one based on her own experiences. She didn’t want her protagonist to be something stereotypical like the annoying older sister or class crush, but rather a girl with major power.

“I was just thinking about how a lot of these stories are origin stories — you know, a boy who is a superhero or in the case of ‘Everybody Hates Chris,’ Chris Rock,” Peña said. “And I was thinking, who will the girl in my story become? And then I just kind of shot for the moon and I was like, why not make her the most powerful woman?”

Peña said that idea compelled her to write a pilot script, which she later sent to her agents. Her agents then sent it to various producers, and after some meetings, Gina Rodriguez’s company, I Can and I Will Productions, showed interest. Peña said they really shared her vision for the show, and that was the beginning of what later would land a deal with Disney+.

Showrunner Robin Shorr (Communication ‘98) was introduced to the script at a meeting with Rodriguez’s company. Shorr said her interest was piqued when she heard the writer was a young Northwestern alum, and she was not let down after her first read.

“What I told Ilana when I met her was that Gina’s production office at that point was in Santa Monica, which is very, very far from where I lived,” Shorr sad. “And I was like, ‘Ilana I liked your script enough to get in my car and drive to Santa Monica.’ So that’s the only indication I can give you of how much I liked it.”

“Diary” isn’t your typical “cheesy tween show,” she said. Rather, it’s a show about the struggles of a Cuban-American middle schooler, many of which were based on Peña’s own experiences. Plus, Shorr said, Elena is not a squeaky-clean character. The pre-teen is coping with the loss of her father while navigating friends, ambitions and the beast that is Orange Bay Middle School. And this nuance to her character combined with the hopeful message it delivers, Shorr said, will make the show stand out amid a sea of options.

Shorr said the show was produced with “four quadrant viewing” in mind — an idea where entire families, no matter the race, makeup or sexual orientation, could see a part of themselves that may not have been represented on TV before. Better yet, see a female as the president.

“You sit in your classroom and you look up at the row of presidents above the blackboard and they’re all white dudes,” Shorr said. “So what I hope the takeaway is that we’re starting to get the viewers more and more used to seeing female power leaders — women in power that are unapologetic and doing their thing.”

NU theater Prof. Laura Schellhardt has known Peña since she was a wide-eyed “Cherub” at 17, and said Peña excels at not only creating a strong female lead, but also developing a world around her protagonist. No one is a sidekick, and she said Peña has found a way to show that all narratives should be seen. And Schellhardt said Peña has always been interested in being a champion for female voices, especially the voices of young women of color.

The characters in the show each face their own demons. Elena is finding a way to navigate her ambitions and middle school at once, and her ex-best friend struggles with popularity and finding her identity. Her mom, Gabi, juggles raising her family three years after her husband passed away with work and a new romance, while Elena’s her older brother is isolating himself from the family. Each narrative is heard in an empathetic way, something Schellhardt said cuts to the heart of playwriting.

“What playwrights do is they really examine what stories must be told,” Schellhardt said. “We always start from a place of point of view: what are the stories that you are dying to tell that you have a connection to? What stories do you have a heart space for? Playwriting really embraces empathy.”

Peña echoed the sentiment there are many stories that deserve to be told, because everyone deserves to see themselves reflected on the screen. And it’s important to tell your own story, she said, because “there is such universality in the specific.” Still, she is honored that kids will watch it and hopefully see themselves in it.

“I’m telling the story of a Cuban-American girl because I am a Cuban-American girl and I want to see my story represented on screen,” Peña said. “I think that just the inherent idea of this show is aspirational. It’s female empowerment. It’s seeing a future for yourself that if you see it you can achieve it.”