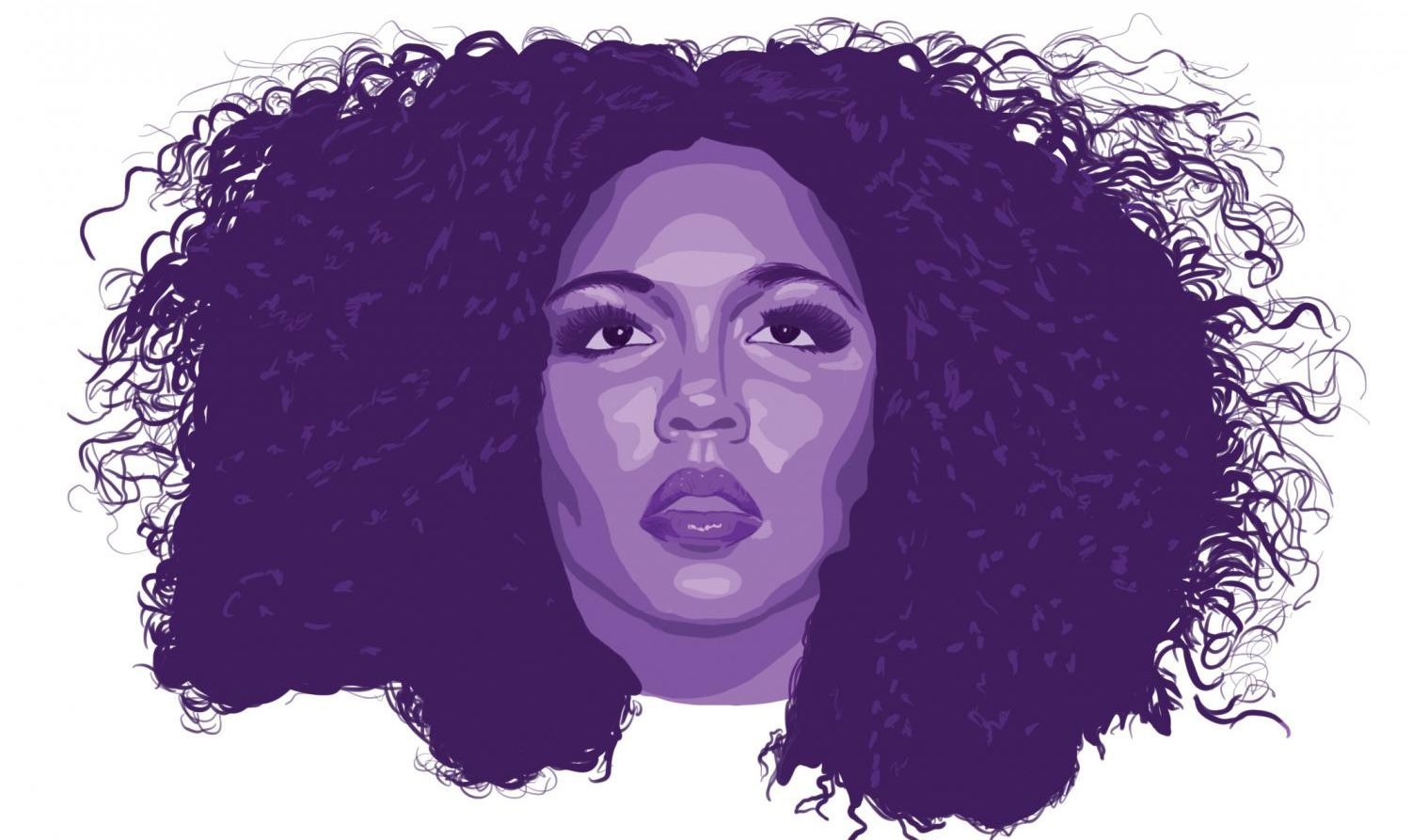 For the ’Gram: The Monthly staff shares their takes for which artist should win the Best Album Grammy

VAMPIRE WEEKEND, “FATHER OF THE BRIDE”

Picture it. You’re 16 again and headed to your homecoming dance. You’ve got navy blue dress smothered in rhinestones, and your best friend asks you to pass the hair curler as the two of you get ready in her bathroom. What song is on? “A-Punk” by Vampire Weekend.

For an entirely new generation of angsty teens, this scene will live on. On the band’s newest album, “Father of the Bride” (2019), Vampire Weekend throws a nod to their roots while looking forward into the great beyond. After a band member departure and a 6-year break, “Father” represents a new era for the band, one departing from, but not forgetting 2013’s almost haunted “Modern Vampires of the City,” an album crammed with sad metaphors and existential life questions. But on “Father,” lyrics like “I don’t wanna live like this / but I don’t wanna die,” addresses those worries head-on. We’ve grown alongside VW, and this new album proves they’re ready to let their anxieties go, letting the album flow with more natural sounds and straightforward lyrics ala Kacey Musgraves.

So maybe a new generation of teens won’t be as angsty. And a Best Album Grammy would show we’ve all grown up a little, too.

Technically, Lil Nas X’s “7” shouldn’t have gotten this nomination. Technically, it’s not even an album — it’s an EP, with a 19-minute runtime and eight songs (two of which are “Old Town Road”).

But since when has Lil Nas X cared about technicalities? The 20-year-old rapper skyrocketed to fame when his genre-bending hit, “Old Town Road,” got booted from Billboard’s country charts and sparked outrage. The remix featuring Billy Ray Cyrus quickly became the inescapable song of the summer — and a symbol of the music industry’s need to evolve.

As his songs kept a tight rein on the charts, Lil Nas X continued to prove himself a star true to his Gen Z roots: pushing his music on TikTok, coming out on Twitter and self-memeing on Instagram. His irreverent attitude shines through on “7,” which is a fun, unpolished romp of a debut EP that tosses in a wide array of styles and influences — from niche Cartoon Network references to Cardi B rapping about armadillos.

So, even though “7” isn’t a perfect album (or really an album at all), a win for Lil Nas X is a win for a future where rules are less rigid, originality is celebrated and yeehaw culture can belong to anyone.

BILLIE EILISH, “WHEN WE ALL FALL ASLEEP, WHERE DO WE GO?”

Any record that starts with, “I have taken out my Invisalign, and this is the album,” deserves album of the year. At only 18 years old, Billie Eilish took 2019 by storm with her hits “bad guy” and “when the party’s over,” but those were just pieces of her bigger picture. Eilish crafted a cohesive record meant to be listened to in the order she chose, starting strong to lead into an emotional dip in the middle, only to be pulled out by the quote, “No Billie, I haven’t done that dance since my wife died,” from The Office in “my strange addiction.” Her soft vocals echo against the mixed melodies in an exhilarating yet calming way, like you holding your breath and letting everything go at the same time. Praised for her authenticity, Eilish has found a niche — “WHEN WE ALL FALL ASLEEP, WHERE DO WE GO?” is the album you put on at a bonfire and sing like it’s a song you’ve known for years.

Among the nominees for Album of the Year, Bon Iver’s “i, i” is a bit of an anomaly. All of the albums represent the pinnacles of rock to mainstream pop and everything in between. Unlike the other nominees, “i, i’s” combination of folk with otherworldly electronica is harder to place in a clear-cut genre. It’s a synthesis of Bon Iver’s previous albums, pairing the soulful songwriting of their 2011 self-titled album with the electronic experimentation of their 2016 “22, A Million.” “i, i” is one of the most idiosyncratic works to be recently nominated for Best Album, and one of the best.

The songs of “i, i” are constructed like collages, with pianos, synthesizers, acoustic guitars and mechanical autotune creating disparate sounds that form rushes of conflicting feelings. In theory it shouldn’t work, but it results in some of the most soaring highs of the band’s career, from the nostalgic “Hey, Ma” to the anthemic “Naeem” to the haunting “Jelmore.” Frontman Justin Vernon’s glorious vocal performance ties the album together, his deep voice conveying longing, fear and sadness with ease. It all results in an album that sounds like it’s from another world, but digs deep into you with emotions that are all too human.

Turns out, Lizzo is 100 percent that Grammy queen. And you best believe that her time has finally come. With eight nominations, Lizzo didn’t just create an album — she created an era.

We’re living in a Lizzo Renaissance that has only recently come to appreciate her underrated gems and bops (because apparently 2017 just wasn’t ready for “Truth Hurts”). “Cuz I Love You” carries self-anthems for people of all backgrounds, marching men and women towards body positivity, sexuality and individuality.

Lizzo transcends the stereotype of a pop performer, unapologetically living her truths and twerk-fluting the haters away. By creating music that overflows with love and catchy bass lines, this artist is a celebrated icon who is totally, unreservedly special.

Now, Lizzo is finally getting the love and recognition she deserves. And her leaving the Grammys with more gold trophies than she can carry is a perfect form of final validation.

ARIANA GRANDE, “THANK U, NEXT”

In less than one year, Ariana Grande experienced enough drama and heartbreak to last most people a lifetime. After separating from her longtime boyfriend Mac Miller, Grande got engaged to Pete Davidson, released her fourth album “Sweetener” and then called off her (very public) engagement shortly after Miller’s tragic death.

Under the same circumstances, you’d expect any major pop star to retreat, to hide away from the media circus and social media frenzy. But instead, Grande emerged victorious with her fifth studio album, proving that she is the sole author of her life story.

“Thank u, next” is Grande’s most personal album to date. It’s an album about pain and heartbreak as much as it is about liberating yourself and moving on. But in sharp contrast to some of Grande’s biggest songs of the decade — “Problem,” “Side to Side” and “Focus,” among others — “thank u, next” isn’t just a collection of surface-level pop hits; it’s an emotional album that feels unapologetically, authentically Ariana.

12-year-old me met Lana for the first time while singing along to “National Anthem” lyrics like “Take me to the Hamptons” without knowing where the Hamptons were. I wasn’t old enough to fully process her social commentary or identify the productive repetition for which “Born To Die” was often criticized. Since then, Lana Del Rey has discerningly continued her universal themes of money, power, sex, loss, to varying degrees of success. But “Norman F—ing Rockwell!” is Del Rey’s arrival, her deification as a songwriter and lyricist.

Everything’s there: southern California glamour, suburban listlessness, musings of romantic loss. “If he’s a serial killer, then what’s the worst / that can happen to a girl who’s already hurt?” Del Rey whispers on “Happiness is a butterfly.” It’s this elusive sense of heightened reality that makes this album all the more beautiful and yearning and hopeless and hopeful — sentiments she struggled to authentically conjure in her earlier work.

It’s absolutely stunning growth for an artist once regarded as already having achieved her creative peak, who has been chided for being repetitive, unoriginal, predictable. I’d say both Lana and I have come a long way since “Take me to the Hamptons” — and witnessing her journey alongside mine has been profoundly gratifying.

I actually shed tears the day I realized I couldn’t attend a joint Ms. Lauryn Hill and H.E.R. concert in Los Angeles this October (for multiple reasons). To comfort myself, I’ve had her first albums, the self-titled “H.E.R.” and the more recent, “I Used To Know Her” on loop.

Gabi Wilson, more commonly known as H.E.R., is masterful at her craft. The nods to Hill and other R&B greats are obvious and encouraging as the 22-year-old carves her career path. Her second Grammy nomination for Album of the Year — among other prizes — in just two years only cements her influence.

To start off the album, “Lost Souls” directly samples Hill and sets off an experimental 19-track compilation project. Two of her singles, “Could’ve Been,” featuring Bryson Tiller and “Hard Place” are certainly able to hold their own, but songs like “Carried Away,” backed by a cloying guitar and signature bass, or “Fate” show Wilson’s ability to capture different instrumentals and transform them with her unique voice.

At times, the album does feel less focused than her freshman project, and not every song is a stand-out hit like in “H.E.R.,” but the entire hour and 12 minutes are filled with a soothing vocals about lost love and frustration, laid over well-produced tracks. Wilson is a technically and emotionally developed artist, and two straight years of nominations are a sign of good things to come.