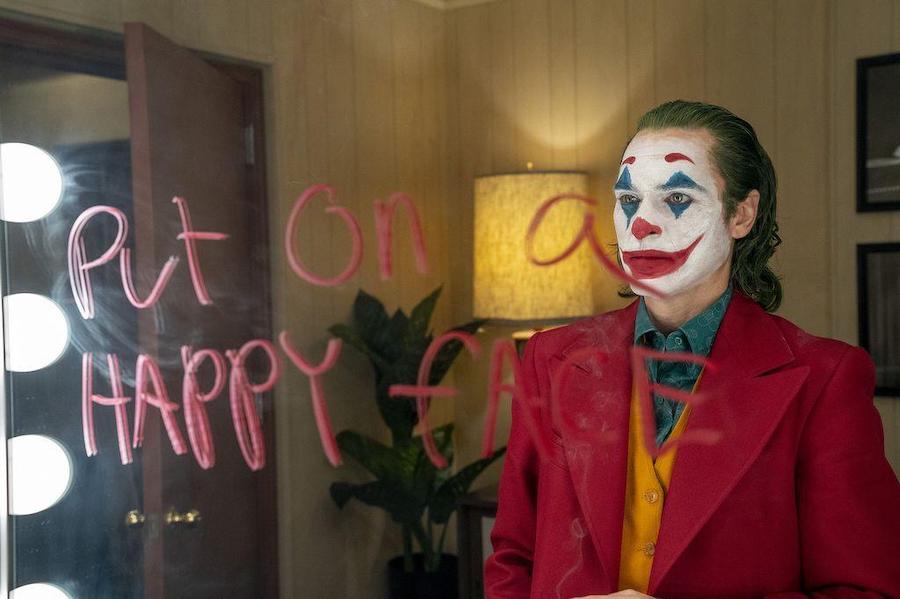 Oscar-worthy or overrated? “Taxi Driver” for a new generation or just a self-serious comic book movie? Biting social commentary or dark for no reason? Tragedy or comedy? All of the above? A killer clown’s origin story might be 2019’s most controversial film. I’m talking, of course, about Todd Phillips’ “Joker.” It’s a well-made and intriguing movie, but is the controversy justified? Probably not.

“Joker” follows Arthur Fleck (Joaquin Phoenix), a mentally ill party clown and aspiring comedian, as he descends into madness and transforms into the film’s eponymous villain. Fleck and his mother live in a downtrodden neighborhood of Gotham City. After city budget cuts cause Fleck to lose access to his psychiatric medication, he kills three investment bankers on a subway. Empowered by this incident, Fleck commits more murders. Police eventually arrest Fleck and take him to Arkham Asylum, where he laughs at what he’s done.

Phoenix’s performance as Fleck is one of the best of the year and arguably some of the best work of his career. His acting is nuanced and chillingly believable as he embodies Fleck’s every eccentricity and fully becomes the character. Regardless of whether you enjoy the film overall, it’s almost impossible to deny that Phoenix’s performance is breathtaking. It’s the heart of the film — “Joker” wouldn’t work without it.

Composer Hildur Guðnadóttir is the other star of the movie. Her score, which features melancholic cello lines and haunting percussion parts, perfectly parallels Fleck’s story arc and enhances the film’s unsettling tone.

And that bleak tone is, in a way, a pleasant surprise. “Joker” is a welcome change of pace in a world dominated by the colorful, lighthearted Marvel Cinematic Universe — even though MCU films are great in their own right. Where films like “Avengers: Endgame” feature snappy dialogue and exhilarating battle sequences of cosmic proportions, “Joker” presents a gritty, Scorsese-esque insight into one man’s psyche. What makes “Joker” unique is that it would work just as well as a disturbing character study without taking place in the Batman universe.

But for all it does right, “Joker” does a lot wrong. While Phoenix’s performance is sublime, writer/director Todd Phillips’ treatment of his lead character is problematic. Fleck becomes the murderous Joker primarily because he’s mentally ill — a depiction that is remarkably insensitive to those with mental health issues. Additionally, Phillips portrays Fleck — a white, presumably straight man — as a victim of the society in which he lives. Straight, white men are not oppressed in the U.S., and it’s harmful to portray them as such.

Furthermore, while the film’s tone may be a welcome shift from the comic book movies we’ve been bombarded with over the years, there are moments when “Joker” is grim for the sake of being grim. A scene in which Fleck crawls into his refrigerator during a breakdown contributes virtually nothing to the story, and a gruesome murder near the end of the film serves no purpose but to shock the audience. The films that “Joker” attempts to emulate, namely “Taxi Driver” and “The King of Comedy,” are certainly disturbing, but their disturbing elements all serve purposes. The same can’t be said of “Joker.”

So, “Joker” is a complicated movie, and the online discourse surrounding it reflects that. But that doesn’t mean the film warranted more than a month of pre-release controversy. On the one hand, it’s not the best film of 2019, and on the other hand, it hasn’t caused clown-masked protesters to riot in the streets. In other words, “Joker” didn’t live up to the hype. That’s both a letdown and a relief.