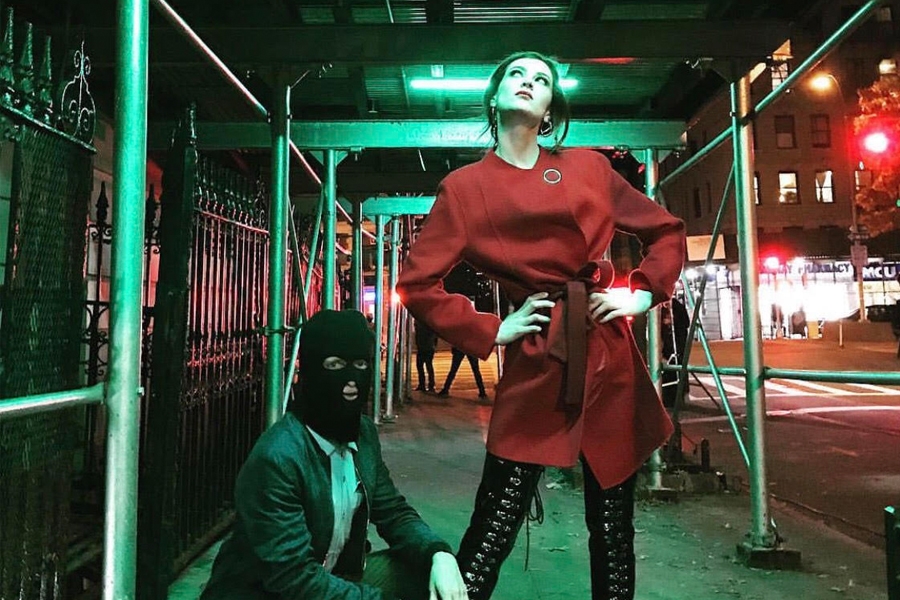 Brendan Scannell (Communication ’13) signed on to co-star in “Bonding” thinking it was a project only his parents would see. While some actors might shudder at the thought of their family watching them play a dominatrix’s assistant, Scannell said nothing he does shocks his parents anymore.

“My parents came to enough of my improv shows and my Mee-Ow shows in college to get completely desensitized to anything ‘blue’ or edgy,” Scannell said.

Creator Rightor Doyle originally wrote the show for blackpills, a French streaming platform. But after a successful run on the film festival circuit in 2018, Netflix bought the show and released it in April.

But before his breakout role in “Bonding,” Scannell was a Northwestern student pursuing comedy, mostly through groups like the Mee-Ow Show, Titanic Players and iO Chicago. The former theater major said he auditioned for plenty of plays but rarely got roles, ultimately learning to make his own success at NU.

“The student body is really hard-working and makes an effort to make its own work and choose its own path,” Scannell said. “And that’s really what you have to do if you want to be an artist in our current media landscape. There’s just so much stuff to do, and to get any sort of attention or a foot in the door, you really have to be somebody who makes your own opportunities.”

Scannell not only took notes from his peers at Northwestern, but his classes as well. He said acting professor Sandra Marquez “changed his life” and continues to inspire his work.

Marquez said she was impressed with Scannell’s maturity and confidence, which translated in his work in and outside of class.

“He has this sort of quietness about him, but then I went to see him do some of his improv work and it was like this other person would get unleashed, which was fun to watch,” Marquez said.

During his early years in Los Angeles, Scannell built on these experiences at Northwestern, doing improv and stand-up comedy in addition to releasing some short comedic videos and a webseries on YouTube. When he began auditioning for TV work, he realized that the time he spent “trying to make high quality stuff for very little money” paid off when hiring teams noticed his online content.

After a few years in L.A., Scannell got his first series regular job in the Paramount Network television reboot of “Heathers,” a cult classic movie that touches on themes of bullying and violence in schools. The show was set to premiere in March 2018, but the release was delayed out of respect for the victims of the Parkland shooting. The network released an edited version of the show in October.

Scannell said despite its rocky release, the show will “live on in infamy.”

“As an actor, you’re really only in charge of your performance, and everything else is up to the movements and decision-making of enormous conglomerates,” Scannell said. “All you can really do is be committed to your artistry and hope that hope you’re doing good work on set.”

While filming “Heathers,” Scannell came across the “Bonding” script, and the story of a young, gay stand-up comedian who goes on a journey of confidence immediately resonated with him. He sent in his audition tape and got the part days later.

Doyle, who wrote, directed and produced “Bonding,” said as soon as he saw Scannell’s tape, he knew he was the perfect actor to play Pete. Though the show is based on Doyle’s personal experience as a dominatrix’s assistant, he said he wanted to find a Pete who made the part his own.

“It’s based on me, but I didn’t want it to be about me,” Doyle said. “That’s why finding Brendan was so great, because Brendan is not me at all. He is so special and funny and different than I was at that time in my life, and he just made it so completely him.”

Doyle said he also appreciated that Scannell and co-star Levin were “game for anything,” which was crucial for “Bonding.” The show was shot in 20 days in dirty basements and dungeons, he said, but the actors made filming easy.

Scannell said shooting in East Village apartments, where he sometimes wouldn’t even have a chair to sit in, was certainly an adjustment from “Heathers” — which was shot in a studio in LA with a much higher budget. But he found the experience to be “artistically liberating,” and at times, just plain funny.

He described one instance where he was filming a sex scene with an actor who, in order to get the right shot, wore nothing but “a little sock over his junk” — giving Scannell a memorable view.

But “Bonding” isn’t all laughs and sex scenes. Scannell said one of the most important things represented in the show is Tiff and Pete’s friendship. Friendships like these, between a woman and a gay man, have been some of the most enriching relationships in his own life, he said.

Scannell said he was able to bring his own experiences — as a gay man in friendships like these and as a fresh college graduate in over his head — to his portrayal of Pete.

Like Pete, Scannell worked some odd jobs after graduation — though he never worked in a sex dungeon himself. He said 99 percent of being an actor requires developing other skills like writing, set design or creating solo projects to earn that one percent of time spent on set.

“Making your own art, with some consistency, and in a voice that’s true to your own can really unlock opportunities for you,” Scannell said.