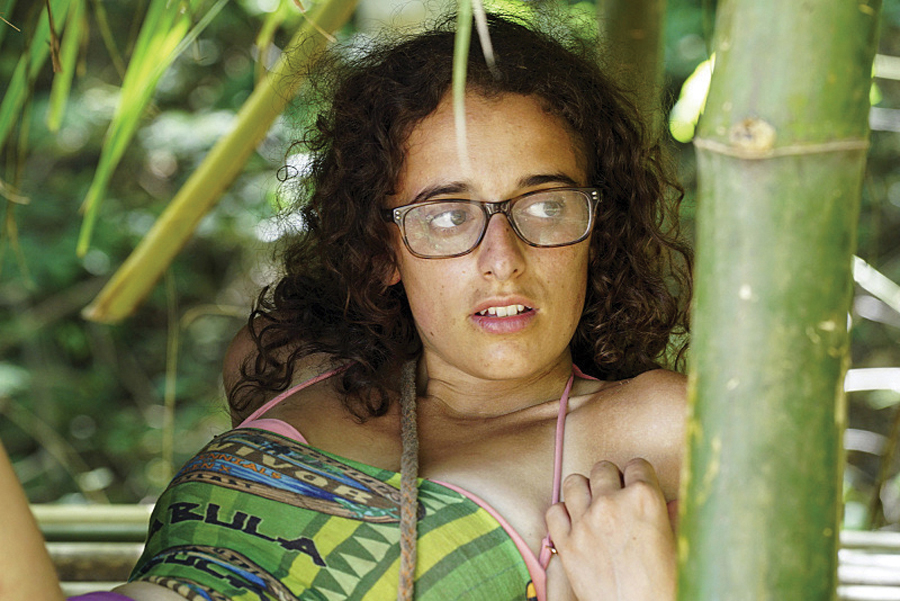 Famed reality television show “Survivor” has been a part of Hannah Shapiro’s (Communication ’14) life for a long time. When Shapiro was 14, she and a friend would crush Oreos and eat them with gummy worms when players were starving, then order a grand sushi dinner when the competitors won rewards. During her time at Northwestern, she took a class that used Survivor as a reality television case study, where students were split into tribes and competed for quiz scores. And in 2016, Shapiro — at 24 years old — tied for second place in the show’s 33rd season — a ten-year dream coming full circle.

This story was edited and condensed for clarity.

The Daily: What was the audition process like for you?

Shapiro: When I applied to Northwestern, my Common App essay was about how I was going to be on “Survivor.” Then, at Northwestern, Max Dawson taught a class about “Survivor.” When I moved to LA, I reached out to him because I wanted job advice. He didn’t respond. It turns out he was on “Survivor.” We grabbed lunch and it took him the entire lunch to convince me. So, I ended up going to his premiere party for his season of “Survivor.” A long year later, I sent (in) another video. Then I ended up at final casting week…and then three months later was on a plane to Fiji.

The Daily: What was the experience like for you as a viewer turned competitor?

Shapiro: It really is like stepping into your television — like the magic you see on TV. It’s even more beautiful than it is on television. I think the thing that is probably odd is that there really is so much time — the thing you’re seeing on television is a highlights reel of what actually happened. So much of (this time) is spent in downtime with people intensely getting to know each other without a phone and with a purpose. I remember the first couple days and we just voted out our first person, it was at night and we built this big bonfire. We all started playing dirty charades. Something like that would never make television … but two or three years later I still feel like it’s one of my favorite memories.

The Daily: What was your biggest takeaway from your time on the show?

Shapiro: I think “Survivor” forces you to talk to people from all over the country, and it forces you to listen to people’s stories and where they’re coming from in a way that you never would in real life. During the 2016 election, my season was airing — and as the results for the presidency were coming in, it kept cutting to a promo of me saying, “I’m just mad at everyone.” “Survivor” introduced me to this diverse group of people in a time where our country … and people are becoming more and more separate from each other.

The Daily: You made it to the final three — do you have any tips for future “Survivor” players?

Shapiro: If you look at the final three from our season, no matter what you think of all three of us, I think we were all trying to tell what our story was and that helped us with relationships and helped us move through the game. I think the biggest thing to remember is that everyone out there believes they’re the protagonist — everyone thinks they are going to win the season. So if you can go out there and treat each person with the understanding that they believe they are the hero of the story, then you can figure out how people are going to act.