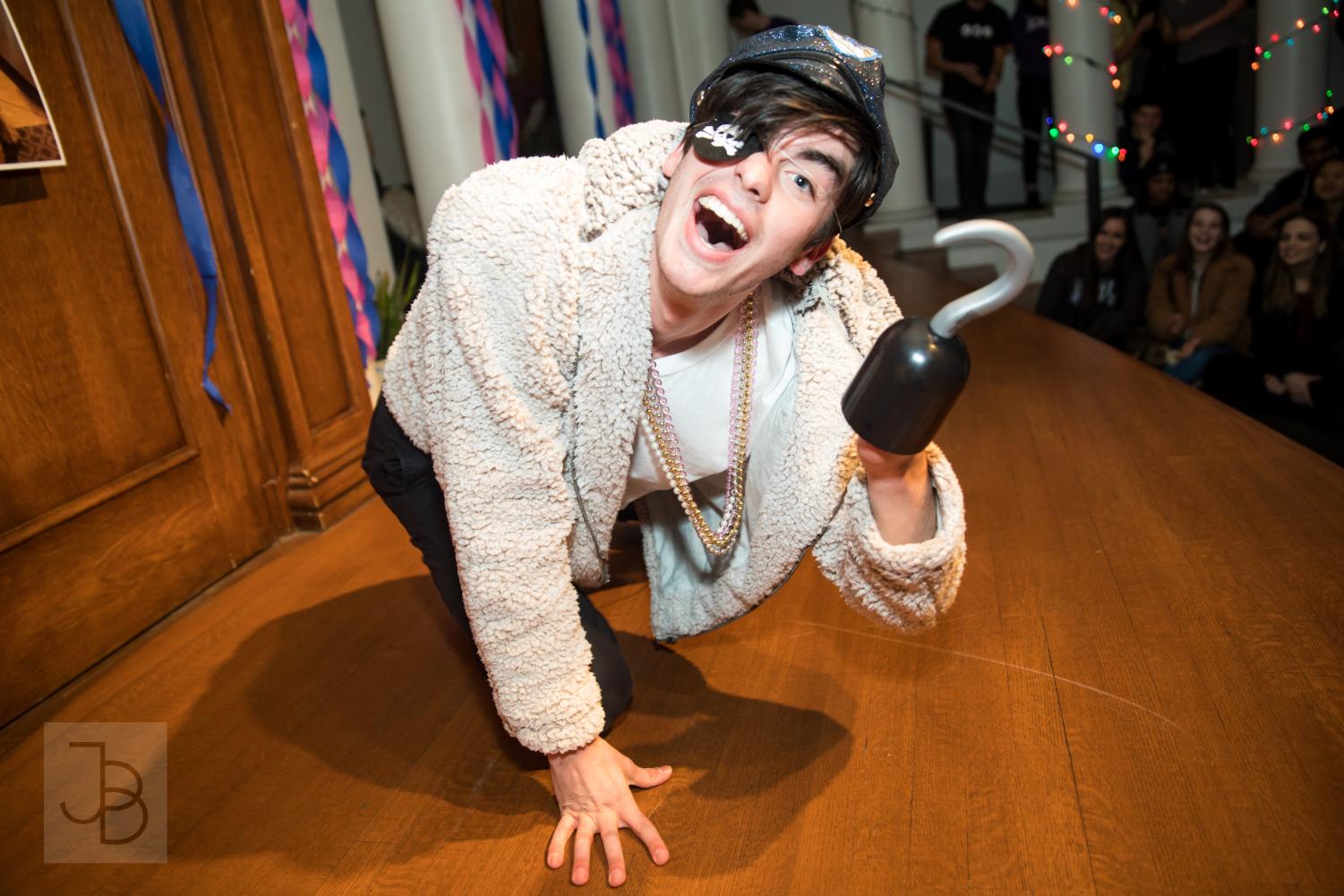 At Northwestern, there are two paths for aspiring comedians: either you make The Titanic Players improv team freshman year, or you don’t. First-years can forget about trying for the Mee-Ow Show — rumor has it the last freshman to get a spot in the improv and sketch comedy group was Julia Louis-Dreyfus (Communication ’83), Communication senior Max Kliman said.

Kliman was not one of the lucky nine to make the Titanic team his freshman year. Without that early boost, he said, it would have been easy to give up on comedy altogether. But instead of calling it quits, Kliman shifted his mindset to consider creative roles other than performing.

“It’s just so hyper-competitive, so you kind of need to restructure how you’re thinking about it,” Kliman said. “The thing that was really difficult for me was going from ‘I need to be on an improv team and improv is everything’ to ‘How can I explore other ways of doing comedy?’”

Communication senior Maya Armstrong, a member of Titanic and co-director of Mee-Ow, has been on both sides of the NU improv auditions. During the audition process, both of her improv groups look to create a cohesive team, she said.

Because “making the room” — creating a team of people who vibe in humor and personality — is the primary objective of auditions, Armstrong said plenty of funny, talented people don’t make Titanic or Mee-Ow the first time around. She said some people continue to audition and make one of the groups by senior year, and others pursue alternative comedic outlets on campus or create their own groups.

Such outlets for aspiring comedians are limited, though. For Kliman, some other ways of pursuing his passion included writing for the Northwestern Flipside, one of NU’s satirical news sources, and becoming an associate producer of The Blackout, a campus late night show that was in its early stages when he joined.

The writer and producer had his own lucky break sophomore year, when the founders of The Blackout asked him and two other students to take over. The opportunity was both exciting and terrifying for Kliman, who said he had never held a camera before that point in his career.

“They were literally saying, ‘Here’s an organization, in your hands it will either fall apart or grow,’” Kliman said. “So we just had to decide we wanted to grow and continue building.”

And the organization has certainly grown since Kliman and his co-producers were filling their Amazon shopping carts with $10 plastic tripods and $14 lavalier mics.

Even though The Blackout has gained structure over the past few years, Kliman said he is committed to keeping the group open to all students. Prospective hosts and writers must audition or apply, but the majority of the 150 students on the listserv who have contributed to filming, editing and acting in The Blackout’s videos “just showed up,” he said.

“That’s one way we’ve fostered an inclusive environment — there really are no barriers to entry,” Kliman said. “I know when I was a freshman, if there had been more groups who were like, ‘Come on and join, let’s make stuff together,’ I would have been really excited about that.”

Communication senior Jake Daniels, a head writer for The Blackout, as well as a member of Titanic and a co-director of Mee-Ow, described The Blackout as “way more bottom-up” than most organizations. The group brings in people from all areas of campus to get as many creative voices as possible, with the writer’s room pulling the ideas together into a cohesive show.

Daniels, who transferred from University of Chicago his sophomore year, said there is something unique about the comedy scene at NU. He said the biggest difference between the two schools is that “people didn’t dance at UChicago.”

At Mee-Ow shows, dancing is mandatory. In fact, Daniels said he was shocked to see the audience get onstage mid-show when he visited NU freshman year. After he left Shanley Pavilion that night, he was already mentally filling out his transfer application.

He attributes the popularity of the NU comedy scene in part to the student population, which he said is much more positive than the Northwestern Memes for Networking Teens Facebook page might make it out to be.

“People are always looking to form connections between different ideas and exist in different social groups at once, and I think comedy looks at the world in a similar way,” Daniels said. “A lot of people, even if they aren’t in comedy groups here, are just really f—ing funny. It wasn’t like that at my old school.”

But doing comedy inside the “Northwestern bubble” has its limitations. Communication senior Liz Coin said she chose to pursue improv in Chicago because it’s “the place to be” for aspiring comedians and actors.

Coin, who will graduate The Second City conservatory this March, said doing improv with a group of non-college students has taught her to appeal to a wider audience.

“The NU scene has a lot of inside jokes specific to college humor,” Coin said. “I’m the only college kid in my group at The Second City … It’s a different audience, and I think audience tells a lot about what kind of content that the cast will improvise or put forward in their sketches.”

The Second City conservatory charges around $300 per eight-week term, Kliman said. That’s a total of $1,800 for students who intend to graduate the conservatory, not including the cost of The Second City’s training program that is required for comedy newbies.

Armstrong said she took a $400 class at The iO Theater, another improv theater and training center downtown, during her sophomore year. The class mainly went over the basics of improv and wasn’t worth the price or the commute, she said, especially when there’s a huge comedy community on campus, which is just as able to train aspiring comedians.

“We’re getting this very intensive comedy education for free on campus with people we like and love and will be friends with forever,” Armstrong said.

Outside of audition-based troupes and classes at conservatories, though, lies a space for NU students who are just looking to get together and have a fun time. Weinberg senior Laila Francis said the non-audition-based improv group No Fun Mud Piranhas is trying to fill that niche.

Francis, a member of Titanic and co-director of historically black improv group Out Da Box, said the No Fun Mud Piranhas once included Stephen Colbert (Communication ’86) and David Schwimmer (Communication ’88), who were rejected by Mee-Ow their freshman years. The group has since come and gone several times, most recently reappearing on campus last winter when Francis and two friends wanted to create a more inclusive improv team on campus.

The non-audition-based improv group received over 60 signups last quarter, Francis said. The organization is split into smaller teams coached by older students with improv experience. Kliman, Daniels and Coin are among those coaches this year.

Ultimately, Francis said she hopes the No Fun Mud Piranhas can be an accessible and inclusive space within the NU comedy scene. She said the community established around improv and comedy is especially strong because “you get to hang out with people who make you laugh.”

After all, laughter is considered the best medicine there is.

“If it comes down to ‘laughter makes you live longer,’ then I’m going to be immortal,” Daniels said.