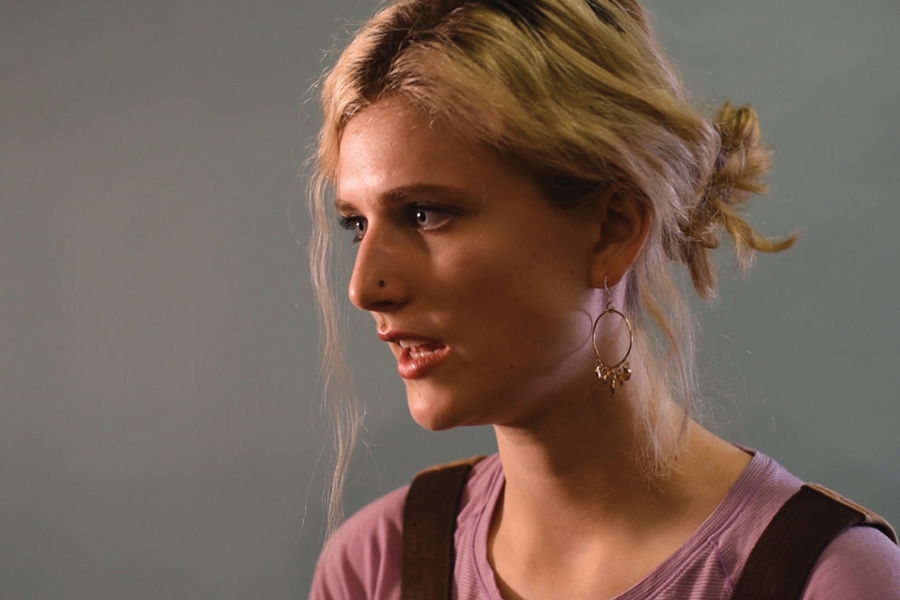 Liana Wallace, 18, thinks a lot about the future — not just hers, but what she wants the world to look like.

That’s why she first sat down with Phoebe Liccardo and Mollie Hartenstein this summer. These three women — all seniors at Evanston Township High School — don’t meet as a club or an organization they can put on a resume, but Wallace said she simply can’t be passive when others are suffering.

“Silence, any type of silence, is a form of violence,” said Wallace.

Wallace, Liccardo and Hartenstein are not alone as student activists. Students at ETHS engage with social issues, and they have created ripples of change within Evanston and the broader Chicagoland area.

These three women and their work over the past year are representative of a growing drive among young Evanston residents to engage with social justice issues in their communities.

ETHS principal Marcus Campbell said this generation is particularly active around social issues, and ETHS students are no different.

“Our students are very socially conscious,” Campbell said. “When they feel there is some sort of active injustice… they really take that to heart and do something about it.”

For Campbell, activism and education are intertwined — he said activism is a form of learning students have chosen for themselves.

During summer 2018, Wallace, Liccardo and Hartenstein helped organize the Saint Sabina Peace Rally, a march in the night through Chicago’s South Side for peace and common-sense gun control.

Later that summer, the trio also organized a bus from Evanston to the Dan Ryan Expressway shutdown –– another protest calling for gun control, education and community resources for the South Side. Over 40 North Shore residents attended, and Wallace recalled people singing and dancing when they were stopped on the highway.

“People want to join in when its popular, when its fun,” Wallace said. “Activism shouldn’t be about just because everyone else is doing it. If someone was to come up and interview you, (you should be able to answer) why are you here.”

Emma Stein, an ETHS alumna and current SESP first-year, led the ETHS walkout on March 14 as the student representative on the student government group, the Student Union. Stein said the walkout was a “catalyst” for the Student Union beginning to advocate for social issues.

The ETHS walkout was part of a national movement where thousands of students left class in response to the shooting at Marjory Stoneman Douglas High School in Parkland, Florida, which left 17 dead. At the walkout, students listened to speakers, including Wallace who performed her poetry.

Stein also asked students to pull out their phones and call their representatives asking them to advocate for gun control.

“I wanted to engage students in the political process,” Stein said. “It’s important to take that drive, that anger and bring it out into a national scale.”

Stein said she later learned people manning the phones at Gov. Bruce Rauner’s office that day said they were confused and overwhelmed by the number of calls they received from ETHS. Stein said the walkout prompted further conversation about gun control at ETHS, including a discussion led by U.S. Sen. Jan Schakowsky (D-Il.) on gun reform in April 2018.

At first, Stein said the student body was distrustful of the Student Union in their efforts around the walkout. The Student Union — previously named the Student Senate — has traditionally acted as a bridge of communication between students and the administration. Student representative had never played a role of activism before, and students of color did not feel it was right to have a white student leading the walkout, Stein said.

“Gun violence is pretty isolated from the wealthiest, whitest neighborhoods,” Stein said “By no means is my experience with gun violence and how much I have been impacted by it the same as a person of color.”

In response to “very legitimate” concerns about leadership of the event, Stein said the Student Union tried to make the planning process for the walkout transparent. Students could add their ideas at the planning sessions open to the entire student body, she said.

After the walkout, Pond said the Student Union made organizational changes to diversify the group. Instead of eight elected representatives, the Union is now open to all students.

“We decided to change the model…(as) part of a process to be more inclusive,” said Pond.

Outside of Student Union, Pond highlighted Students Organized Against Racism, a club at ETHS focused on activism and social issues.

Wallace said the club, informally known as SOAR, puts on two biannual conferences at Northwestern where ETHS students engage in dialogue about race. She added that SOAR also holds office hours, identifies safe spaces and runs a program where SOAR members mentor middle school students of color. Wallace has been a SOAR participant for three years.

“(The mentees) know a ton and see a ton.” Wallace said. “We’re talking about who’s a part of the people of color community, gender inclusive language. We’re just expanding what they think.”

Beyond SOAR, Wallace uses spoken word to fuel movements. She has established a name for herself in Evanston as a spoken word artist.

At the Stoneman-Douglas walkout in March 2018, Wallace’s poem covered mental illness, race and education in context of school shootings. She ended with a call to action to her fellow ETHS students.

“We will organize/build political coalitions/ we will protest/and yell/united,” Wallace wrote. “We will not live in a world,/ in a society/where human life is worthless.”