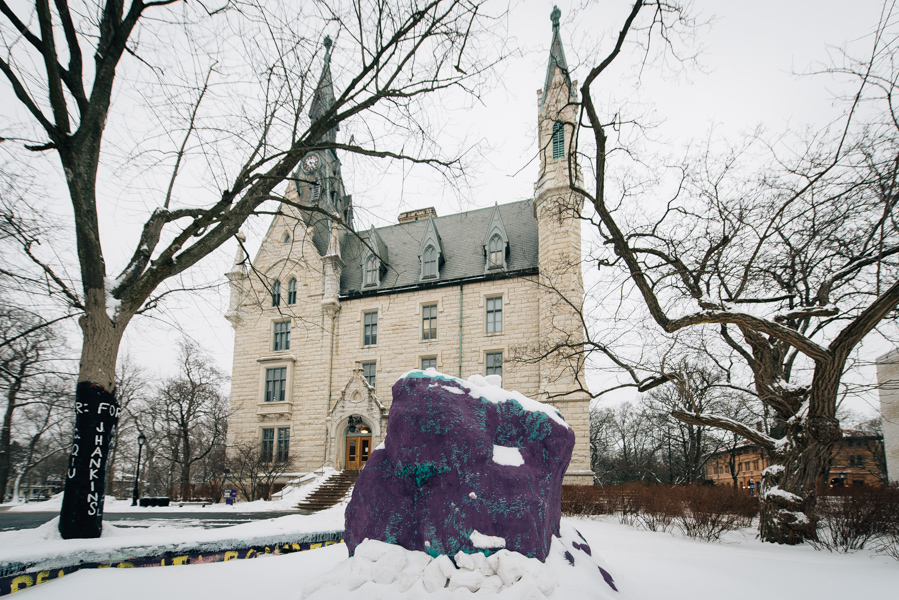 Northwestern students said the University made the right choice to cancel school due to forecasts of sub-zero temperatures –– a rare move for a school that has only closed six times in the last century because of the winter weather.

The University released an email to students Monday announcing it would be canceling classes from Tuesday evening to Thursday morning, although “essential services” such as policing and dining will still be running. The U.S. National Weather Service predicts temperatures during that time will reach below negative 20 degrees, with wind chills of 30 to 50 below zero.

Earth & Planetary Sciences Prof. Daniel Horton said the cold temperatures forecasted are caused by the breakdown of a polar vortex, when wind that is “hanging out” in the arctic moves south to lower latitudes.

“Any time you expose your skin in conditions like this, there’s a chance that bad things could happen, like frostbite,” Horton said. “It’s a very dangerous situation that we’re about to have and if people do need to go outside, they need to dress appropriately and have a quick plan to go from point A to point B.”

University Archivist Kevin Leonard said NU has canceled classes six times for weather-related reasons in its history. The most recent closing was in January 2014, when NU delayed the start of Winter Quarter for two days because of low temperatures and nearly two feet of snow. In February 2011, NU canceled evening classes after 6 p.m. due to snow. The first time NU canceled classes for snow was in 1918.

Even before the University announced its closure, students were talking about skipping classes. McCormick sophomore Anya Kothari made a Facebook event tilted “Boycott class because if no one shows up, class *is* cancelled,” to which 323 people responded.

“Even before classes were officially canceled, my parents, my friends’ parents were like, ‘Don’t go, because it’s just not worth it at that point,’” she said.

Because she lives in the sorority quad but has most classes in Technological Institute, Kothari said even getting to class would be a struggle in dangerously low temperatures. Although she has a car, she said the road conditions are unsafe and the Frostbite shuttles are often unreliable.

SESP junior Sonia Harris said low-income students are especially affected when the University fails to close school during such frigid temperatures. Many of them do not have the appropriate gear to walk outside when the temperature is below negative 20 degrees, she said, so these students would have to risk their safety simply to get to class.

Psychology Prof. Wendi Gardner was already preparing for classes to be canceled even before the University’s official announcement. She said it was difficult to make the call –– especially because Winter Quarter is already shorter than the other quarters –– but necessary in concern for her students.

“I needed to figure out how to shift the class around so that it doesn’t harm (students) but still get the goals of the class done,” Gardner said.

Harris said the University should have canceled sooner, and NU’s delayed response to the weather only caused unnecessary anxiety among students. Not only are they concerned about handling the weather, she said, but many also struggled to plan their studies as midterms are just around the corner.

“There’s definitely an environment at Northwestern like you have to go to class no matter what,” she said. “Give students a break, you know? We have such an insane pressure system here.”