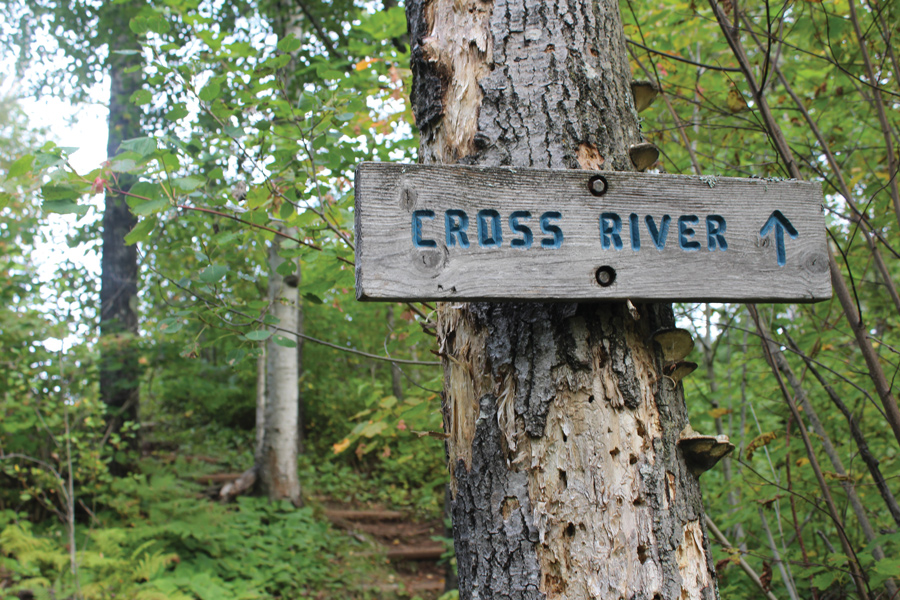 The Superior Hiking trail is where Project Wildcat hosts their annual week-long pre-orientation program. In October 2018, the office of New Student and Family Programs announced there would be no trip in Fall 2019. (Alan Perez/The Daily Northwestern)

The Superior Hiking trail is where Project Wildcat hosts their annual week-long pre-orientation program. In October 2018, the office of New Student and Family Programs announced there would be no trip in Fall 2019.

Tara Krantz said she couldn’t imagine her freshman year at Northwestern without Project Wildcat. For the Weinberg sophomore, it was invaluable having a week in the woods to reflect on her transition into college and meet other new students.

“It gives you a really solid cushion to fall back on before you get to Wildcat Welcome,” she said.

Krantz enjoyed her trip so much that she applied to be a 2018 PWild counselor so she could “be able to give back to other first-years.”

Krantz said it was only through preparing for and carrying out the 2018 trip that she realized how much work her own counselors had put into her trip the previous year, from planning out their first 36 hours of hiking to getting certified in wilderness first aid. In the end, Krantz said she thought the 2018 trip went well for everyone involved.

But when Krantz and other PWild counselors learned in October that they would not be leading a PWild trip in 2019, most of them found the announcement disappointing, though not out of left field. The announcement came after years of tension between PWild and University administrators over the management of the pre-orientation program.

In a meeting with PWild counselors, administrators from the office of New Student and Family Programs decided to postpone the trip for 2019 and spend the next year reviewing the program. They said the trip presents barriers to the student experience, stating that issues with counselor culture disrupt peer accountability and the group’s size and structure was a burden to the trip’s location.

NSFP said a working group composed of students and staff would be formed in January 2019 to assess goals for PWild’s future.

“People were definitely shocked and upset, but I don’t think anyone was necessarily surprised,” said Krantz. “This has not been the first year that PWild has been threatened to be cut.”

PWild is a pre-orientation backpacking trip that focuses on transitioning incoming students to Northwestern through outdoor education. The program, which was started in 1996, has grown significantly over the past few decades and was primarily student-led until 2011, when professional staffers, including a safety coordinator, were hired to oversee logistical and safety aspects of the program. Over the years, PWild bounced around several University administrative offices until NSFP finally absorbed it in the fall of 2017, along with a group of other pre-orientation programs.

“What the administration is saying is that PWild in its current form is not positive to the new student experience, and from all our conversations with campers and what we’ve experienced as prior students on PWild, that seems not to be true,” said Weinberg junior Caroline Ward.

Ward said that as a first-time counselor in 2018, she wasn’t aware of any of the issues outlined by NSFP, and she didn’t see them manifest as a camper on the 2017 trip either.

Josh McKenzie, the associate director of NSFP and director for first-year experience, said his office identified some aspects of the program that needed improvement once it came under NSFP leadership in October 2017.

“We need to take a step back and we need to make sure we’re not going a hundred miles per hour without evaluating ourselves,” he said.

Counselors first became aware of NSFP’s concerns in April 2018 when NSFP asked PWild’s steering committee, the program’s student leaders, to work with counselors to address the culture of PWild or the 2018 trip would be cut. But counselors said they were never given any specifics of what needed to be changed.

“(NSFP was) just like, ‘We see a problem with your tradition and culture. We need you to figure out what you’re going to do to change it,’” Krantz said.

Counselors said they brainstormed a list of action items together, which the steering committee presented to NSFP at the end of April. In May, they were told that the 2018 trip would still happen, but that it would be shortened by two days and the total number of campers would drop to around 70, when in previous years it had been upwards of 150 to 200.

This September, counselors went through nearly three weeks of training and preparation before leaving for the 2018 PWild trip.

McKenzie said he and and several other NSFP administrators spent a night with campers and counselors on the trip, and that he felt that new students were getting a lot out of the trip. However, feedback from this year’s campers was part of what spurred the office’s decision to not run a 2019 trip.

“There were so many counselors that did wonderful work with students, but we haven’t gotten all the way there yet,” he said.

Throughout their interactions with NSFP, some PWild counselors said they felt the office was not being transparent about their motives for postponing the program.

“(Counselor accountability and culture) is just kind of a frustrating topic that we don’t seem to make much ground on in terms of the administration giving us any concrete things to improve on or acknowledging any progress that’s been made,” Ward said.

Before PWild hired a safety coordinator in 2011, the program ran into several safety issues and came under fire for behavior that went against Northwestern’s hazing policy. Krantz said that hasn’t been the case for years, and that NSFP had negative preconceived notions of what PWild was when they absorbed it.

“There have been a lot of bad incidences in PWild in the past,” McCormick senior and PWild counselor Rob Sanders said. “That’s definitely changed over the last six, seven years. We don’t tolerate any of that sort of stuff anymore.”

Krantz raised issue with NSFP saying the trip’s size was a burden to the Superior Hiking Trail, which PWild had used for years, and that trail administrators did not want the program “to return as it currently stands.” She said she called Denny Caneff, the trail’s executive director, to confirm that with him.

However, Krantz said she felt Caneff’s level of concern didn’t match the language NSFP had used.

“The only thing he wanted was to talk to the counselors about the specific Leave No Trace policy because we are a big group on that trail,” Krantz said.

Caneff told The Daily he never suggested PWild should not be allowed to return, but having a group of over 100 people using the trail at once does put pressure on trail resources.

“We did not close the door,” Caneff said. “We just said it’d be great if they had smaller groups and cut the whole group size down.”

Caneff said he also requested that NU make a donation to the trail — between $500 and $1,000 — to help account for the extra resources and maintenance needed to support PWild hikers, who Caneff said are one of the largest groups that use the trail.

McKenzie said he is very concerned with the University’s relationship with the trail, and that discussions with trail administrators suggested that the location of the program needs to be evaluated.

“I want to make sure that we’re being responsible and we’re building good partnerships outside of this place,” McKenzie said, adding that he discussed a donation with Caneff when he emailed NSFP at the beginning of last summer.

Caneff said the smaller size of the program this year was “an improvement.” He said the trail didn’t receive a donation from NU.

Weinberg junior Amos Pomp, a member of the PWild steering committee for 2018, said the overall tension between PWild and the University led to the program’s suspension, more so than anything specific that occurred in 2018.

“There’s responsibility to be taken on various sides,” Pomp said. “There are definitely student voices that have been ignored or devalued by the University, but there are also student attitudes and actions that had put in jeopardy the potential countless benefits of the program.”

Pomp agreed with other counselors that NSFP could have built more trust and been more transparent with students.

He added that the conflict between PWild and NSFP in 2018 negatively affected the mental health of many student leaders, which wasn’t addressed properly.

While Pomp said he was disappointed that PWild won’t be available for new students next year, he said he’s not sure if continuing the conflict would be “worth it.”

“Sometimes it really just takes some time for it to blow over, and that’s what I think the working group is going to take advantage of — that time,” Pomp said.

Working toward the future

McKenzie said while it was necessary to take a step back for a year and evaluate the program, he understands why students are upset after constant conflict with the University.

“They’ve been threatened so many times,” he said. “That is frustrating, to be part of something that you love so much, yet at the same time, you’re consistently being told that you could go away.”

SESP junior Vasilia Kavadas, who was a camper on the 2018 trip, is in the working group for 2019. She said a step back, while not ideal for incoming students in 2019, is understandable.

“I really do understand the fact that they need time to make this the best it can be,” she said.

Because of PWild’s suspension, 68 fewer incoming students will be able to participate in a pre-orientation program next year. McKenzie said the other three programs — Alternative Student Breaks, Chicago Undergraduate Program and CATalayst — do not have the infrastructure to support additional students to make up for the lost spaces from PWild.

However, he said NU is expanding academic summer programs like the Summer Academic Workshop and EXCEL, which could accommodate extra students.

“We know we are going into this year with fewer (students), but our hope is that in the long run we’ll create a greater and more sustainable portfolio of pre-orientation programs,” he said.

While Kavadas said she is confident the working group will be able to bring a strong program back for 2020, Krantz feels differently.

“I don’t trust (NSFP) anymore,” she said. “I don’t think they’re going to bring it back until everyone involved in this has graduated, if they do at all.”

Related Stories:
PWild won’t be available for 2019 incoming students
Letter to the Editor: Why Project Wildcat is worth it