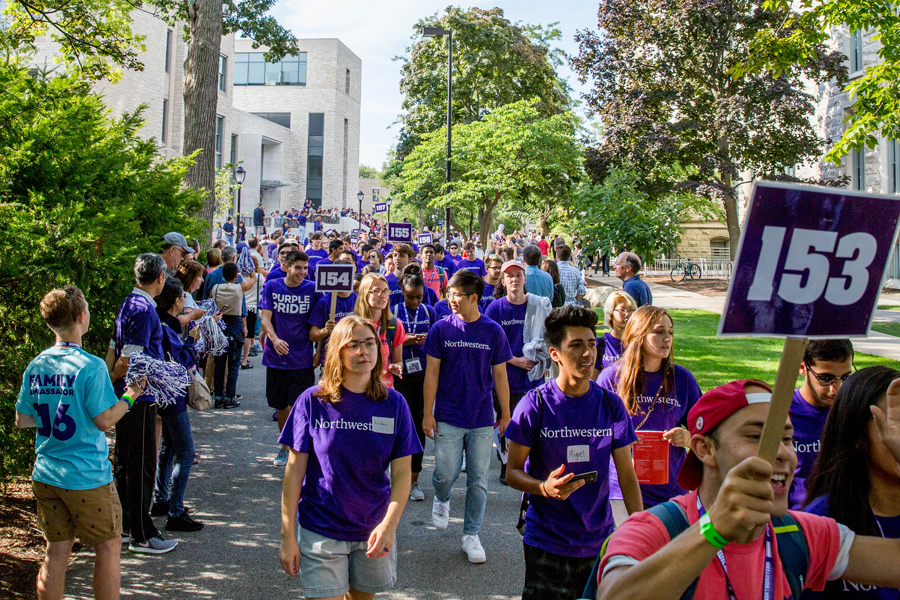 Forty years ago, Regents of the University of California v. Bakke upheld the use of race as a factor in college admissions. And ever since, challenges to the practice have gone unsuccessful, with the court continuing to protect race-conscious admissions policies.

With Harvard’s admissions trial coming to a close last Friday, legal analysts predict the lawsuit over the University’s admissions practices could be the next to find its way to the Supreme Court — now a solid conservative majority with the October confirmation of Justice Brett Kavanaugh.

While the judge’s verdict isn’t expected for weeks — or even months — many proponents of affirmative action fear the all-but-certain subsequent series of appeals could jeopardize formerly upheld practices. The benefits of diversity on college campuses, Harvard’s lead counsel Bill Lee said in court, “couldn’t be more on trial.”

During the proceedings, eight current and former Harvard students — all of whom were non-white — took the stand on the eleventh day of trial to testify in defense of the University’s race-conscious admissions policies.

Nearly all argued the absence of race as a factor in college admissions would hinder their expression of identity, decrease the University’s diversity and thus, damage their own and others’ college experiences.

“Race-blind admissions is an act of erasure” Harvard alumna Sarah Cole, who is black, said in court, according to the Harvard Crimson. “To not see my race is to not see me.”

“If race-neutral approaches would be unworkable to achieve your compelling interest, you may then consider approaches that take into account the race of individual students.”

Over the summer, those Obama-era guidelines that encouraged the consideration of race in college admissions were revoked by the Trump administration to effectively restore more restrictive Bush-era instructions. In response, Northwestern announced it wouldn’t change its admissions practices.

The move came as hard-liners in the Justice and Education departments pushed back against the use of race as a reflection and measurement of diversity among colleges and universities’ student bodies.

Still, defenders of race-conscious admissions policies often point to the wide body of research showing racial diversity in higher education can lead to a range of positive social and academic outcomes for all students.

The American Educational Research Association — among other organizations — for example, has filed multiple amicus briefs in court cases to address the “educational benefits of diverse education environments and the positive impact of affirmative action admissions policies on students’ educational experiences and their careers.”

Sociology Prof. Anthony Chen agreed there is a vast swath of literature on the educational benefits of diversity as a whole, adding he finds its main claims credible.

In order to obtain the educational benefits of racial diversity in higher education, Chen said he believes race-conscious admissions policies are still necessary.

“Race still corresponds to a distinctive form of inequality in our society,” he said. ‘There is no entirely satisfactory way of adding this type of diversity to the educational experience without taking race into account.”

According to Northwestern’s 2017 Diversity and Inclusion report, the Office of Undergraduate Admission “has been enhancing outreach and recruitment efforts to high-achieving underrepresented minority and low-income prospective students.”

Christopher Watson, the dean of undergraduate admissions, deferred comment to University spokesman Bob Rowley, who said “it is part of the mission and values of Northwestern to create a diverse and inclusive campus to enrich the educational experience of all our students.”

Jabbar Bennett, associate provost and chief diversity officer at Northwestern, echoed those sentiments, mentioning the “cultural, education and life experiences” racially and ethnically diverse students bring to the table to Northwestern and in higher education.

“These experiences,” Bennett said in an email to The Daily, “both enrich and challenge existing beliefs, thinking and understanding of individuals and communities from across the country and the world.”

Though affirmative action is widely seen as benefiting students, universities also have much to gain from a diverse class of students.

Samarth Soni went to San Francisco during the first iteration of the University’s Bay Area Immersion Program. On the trip, the Medill senior and three other students were taken to do a photoshoot to represent the experience.

And in retrospect, something about it stood out to him.

“It was me being the only Indian, brown kid there — they chose one white woman and two other Asian kids,” he said. “I was the only brown kid, so I wonder how intentional that was.”

As the Harvard trial’s eventual outcome could shift racial demographics on campuses, some wonder how schools might shift their marketing of campus diversity in response. Throughout the U.S., elite colleges and universities have long faced criticism for over-representing students of color in recruitment materials.

Soni, who is featured in Northwestern’s viewbook, said he understands the need to balance creating an accurate portrayal of campus with depicting diversity to convey to students its importance to the University.

“Honestly, I’m applying for full-time jobs now and I’m looking on their website photos and if its just white people there,” he said, “then I’m a little like, either they’re not representing their group or they’re not aware of how things work now.”

Anne Egger, the University’s director of publications, deferred comment to Jeri Ward, the vice president for global marketing and communications. Ward said in an email to The Daily that Northwestern tries to “show a cross section of the University in all our publications.”

Still, the overrepresentation of black students in college materials is “near universal” across campuses, said Timothy Pippert, a sociology professor at Augsburg University in Minneapolis.

After leading a large-scale 2013 study comparing the racial and ethnic diversity of higher education institutions with how they depicted diversity in admissions materials, Pippert said the results were telling.

“They’re not defining diversity in other ways: student ability, political background, veteran status, gender identity — those things are barely visible in college brochures,” Pippert said. “Race seems to be the primary way that a campus says ‘here, we are diverse’ and within that it appears to be ‘we have a significant number of African American students.’”

Weinberg junior Chibuzo Ikonte, who is also featured in Northwestern’s viewbook, understands the need to market a school’s students.

“If I’m a high school student and I see people who look like me, people who are more interested in the same things I’m interested in, I’d be more compelled to apply to the school,” he said. “Sure there’s a misconception in the way it’s advertised, but I don’t think people should necessarily be surprised (by majority-white campuses) when they come to elite universities.”

To Ikonte, one of the primary benefits of race-conscious admissions policies lies in their role “providing opportunities that otherwise would not be available — particularly to people of color or minorities.”

“I’m from Los Angeles and if you were to go to South-Central,” he said, “the resources the kids there have to study for the SAT or just prepare themselves are much different than you’ll get in Bel-Air or somewhere like that.”

A 2017 New York Times analysis showed that black and Latinx students are more underrepresented at elite colleges and universities than they were 35 years ago — even after decades of affirmative action. And studies have found banning affirmative action in college admissions — as is the case at public universities in California, for example — hurts both black and Latinx student enrollment.

Some argue, as a result, maintaining race-conscious admissions policies is simply a matter of increasing access to higher education and opportunities.

“No one can deny the fact that students of color were not allowed to go to school at one point,” alumna Yakira Mirabito said. “(Race-blind admissions) neglect the fact that your race and identity — and all these different experiences — make up who you are.”

Taking those factors into account — with knowledge of various racial and ethnic groups’ underrepresentation at elite institutions — is essential, said Mirabito (McCormick ’18).

Throughout the Harvard trial, Students for Fair Admissions advocated for a controversial race-neutral alternative — “class-based affirmative action” — in which income levels, as opposed to race and ethnicity, are considered in admissions.

Many of the students who took the stand pushed back, arguing that the consideration of race was essential in creating a more equitable admissions process for non-white students.

Race-conscious affirmative action, Ikonte agreed, is still essential — and it’d be a loss if it was rolled back by the court.

“Emotionally, it would be a blow to know that these opportunities already aren’t equally spread out in our society so we need things like affirmative action to provide (them),” Ikonte said, “and now one outlet is being limited or taken away.”