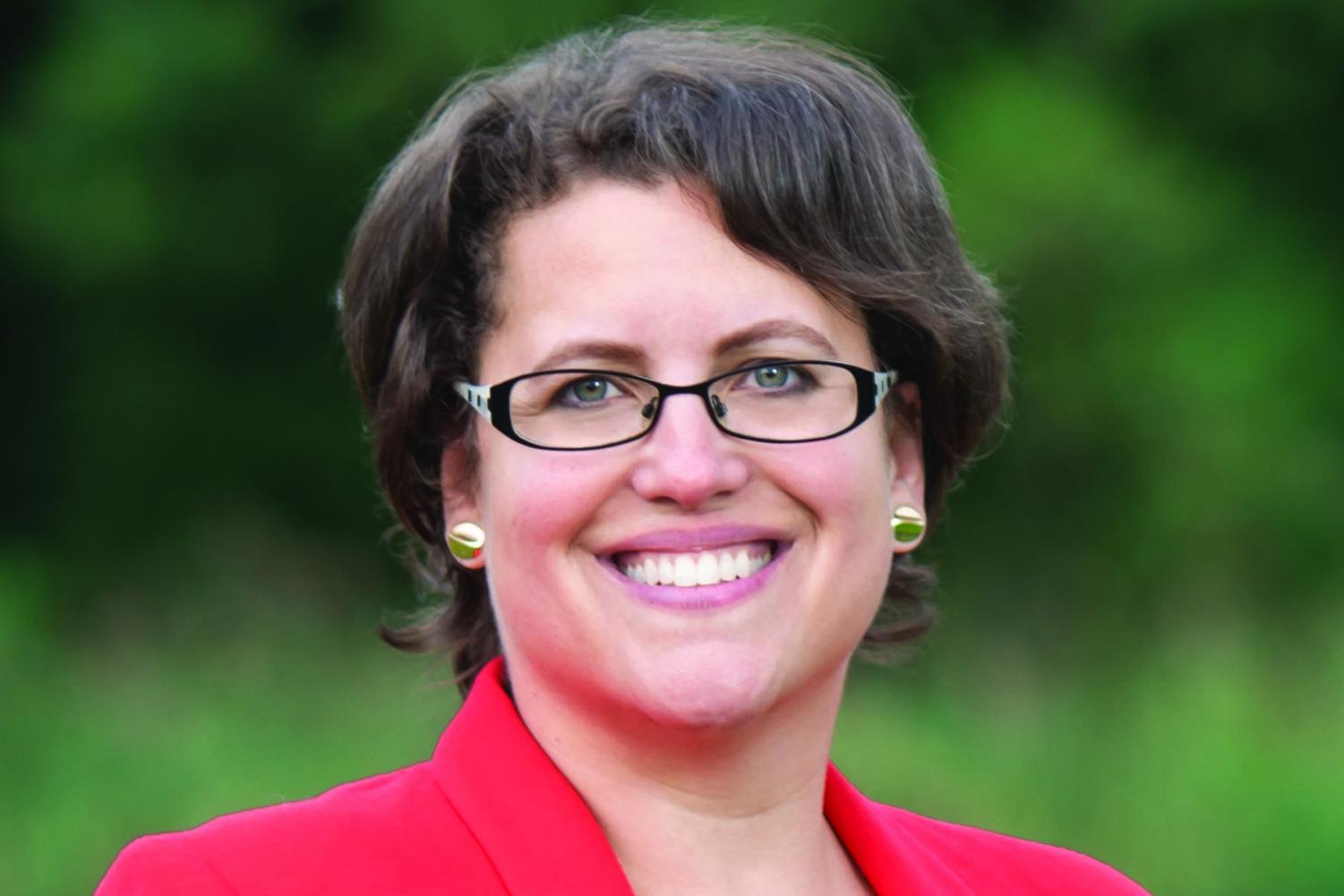 Dana Balter. The Communication alum is running as a Democrat for Congress in New York’s 24th congressional district.

If Northwestern’s “AND is in our DNA” motto had been around in the ’90s, Dana Balter (Communication ’97) could have been the poster student.

Balter combined her love of theatre with her passion for communication sciences and disorders and majored in both. She analyzed the American justice system in English class while she worked as the technical director on The Dolphin Show’s production of “City of Angels.” Classmate Sarah Anthony (Communication ’97) said she remembers Balter as both a natural leader and a committed team player.

“She was the most dedicated and dependable colleague and crew member,” Anthony told The Daily in an email. “She always went above and beyond to do her best work and to make everyone feel comfortable and feel like part of a team. She always took a strong leadership role.”

Now, as a visiting assistant teaching professor at Syracuse University, she is again combining her interests. Blending her longtime advocacy for creating accessible communities — a responsibility she took on at an early age by advocating for her brother Jonathan, who has cognitive disabilities — with her post-2016 work as a progressive community organizer, she is in pursuit of a new goal: New York’s 24th district congressional seat.

Since winning the primary in June, Balter has been campaigning as a Democrat to unseat two-term Republican incumbent U.S. Rep. John Katko (R – NY).

Though she wasn’t politically active at Northwestern, Balter began to develop an interest in policy while she worked in disability services. She began to study education policy, and now teaches it at Syracuse.

Because education played such a key role in Balter’s life, it became one of the most important issues in her platform as well.

“As in many other areas of our lives here, costs for college and university are really out of control,” Balter said. “We’ve got to do a better job of making higher education affordable to everybody who wants to participate.”

To accomplish this, Balter plans to advocate for free tuition at public colleges and strong debt-forgiveness programs. In particular, she wants to see the expansion of debt relief in exchange for public service programs, in which a student’s loans are forgiven through working in community outreach-associated jobs. Debt relief programs such as those have been rolled back by the Trump administration, Balter said.

Balter attributes her decision to run in large part to President Trump. Though she was always interested in accessibility and education policy, Balter found the President’s attacks on the concepts of free press and an independent judiciary to be “threatening to the very heath and existence of our democracy,” she said.

After the election, she joined the Central New York Solidarity Coalition, an anti-Trump organization attempting to lobby Rep. Katko toward supporting progressive causes. As a community organizer, Balter said she realized Katko was not going to change his beliefs. If Katko wasn’t going to change, then Balter decided the occupant of the seat would have to.

“He was unwilling to engage with us,” Balter said. “He runs away from town halls and isn’t interested in talking to his constituents, which I think is a fundamental abdication of the job. Once it became clear he wasn’t going to change his mind about any of those things, I decided to run against him.”

FiveThirtyEight forecasts the district as “Likely Republican,” predicting Balter to lose by about 7 percentage points. A mid-October Siena College poll found Katko to have a 14-point advantage.

The campaign has drawn attention from Democratic party heavyweights. Sen. Kirsten Gillibrand (D-NY) donated twice to Balter’s campaign through her Off the Sidelines, a PAC focused on encouraging women to run for office. Gillibrand endorsed Balter at a Democratic rally in Syracuse Saturday.

“She’s not going to vote with President Trump,” Gillibrand told the crowd at the rally. “She’s going to stand up to him on behalf of you and your families and what’s important to this district.”

Balter is proud to be part of the surge in female candidacies in 2018, a year that has already seen the most ever female candidates and primary winners. She said those statistics are encouraging but not surprising considering the high levels of female involvement in activist work, demonstration organization and participation and congressional outreach.

Balter said she believes Congress should reflect its constituency and women should make up 51 percent of the legislative body, rather than the 19 percent of seats they currently occupy. Though she knows that level of descriptive representation will not be achieved this year, she believes a significant dent will be made in the congressional glass ceiling.

“I don’t think we’ve seen this level of civic engagement in the United States since the 1960s,” Balter said. “I look at this as a political renaissance for our country, and I think it’s exciting to be a part of that.”

Bolstering turnout among registered Democrats, who outnumber registered Republicans in the district, and winning the independent vote are both critical for Balter to win. Katko’s incumbency may give him an advantage with independents, but Balter believes she can be a representative of the entire district and its wide range of beliefs.

In a district where both parties have a history of success, Balter understands the importance of being open-minded and listening to constituents. She credits this interest in seeing the world from another person’s viewpoint to her time at Northwestern.

“The job that I’m asking for is to go to Washington and represent all of the people that live in my district. That includes people who have very different ideas from each other,” she said. “I think that those are all ideas and skills that Northwestern really helped me develop.”

Anthony said she was proud to see that Balter was running for office, using the skills they learned together at Northwestern. She said she believes in Balter’s ability to make informed decisions and listen to constituents.

After finding out Balter was running via Facebook, Anthony immediately contacted her old friend and reconnected with her.

“It brought us back together because I was so happy to know that someone I had so much respect for could be part of our government,” Anthony wrote. “Our country couldn’t have anyone better representing us.”